Did gigantic sloths once exist in South America and when did they become extinct?

Indeed, a gigantic ground sloth called Mylodon was very much alive and living concurrently with humans during the Pleistocene epoch, or the Ice Age some ten thousand years ago.

It became extinct as recently as five thousand years ago.

Except for the fact that the Mylodon had no tail (and was about the size of an elephant), it was very much like the modern-day sloth. 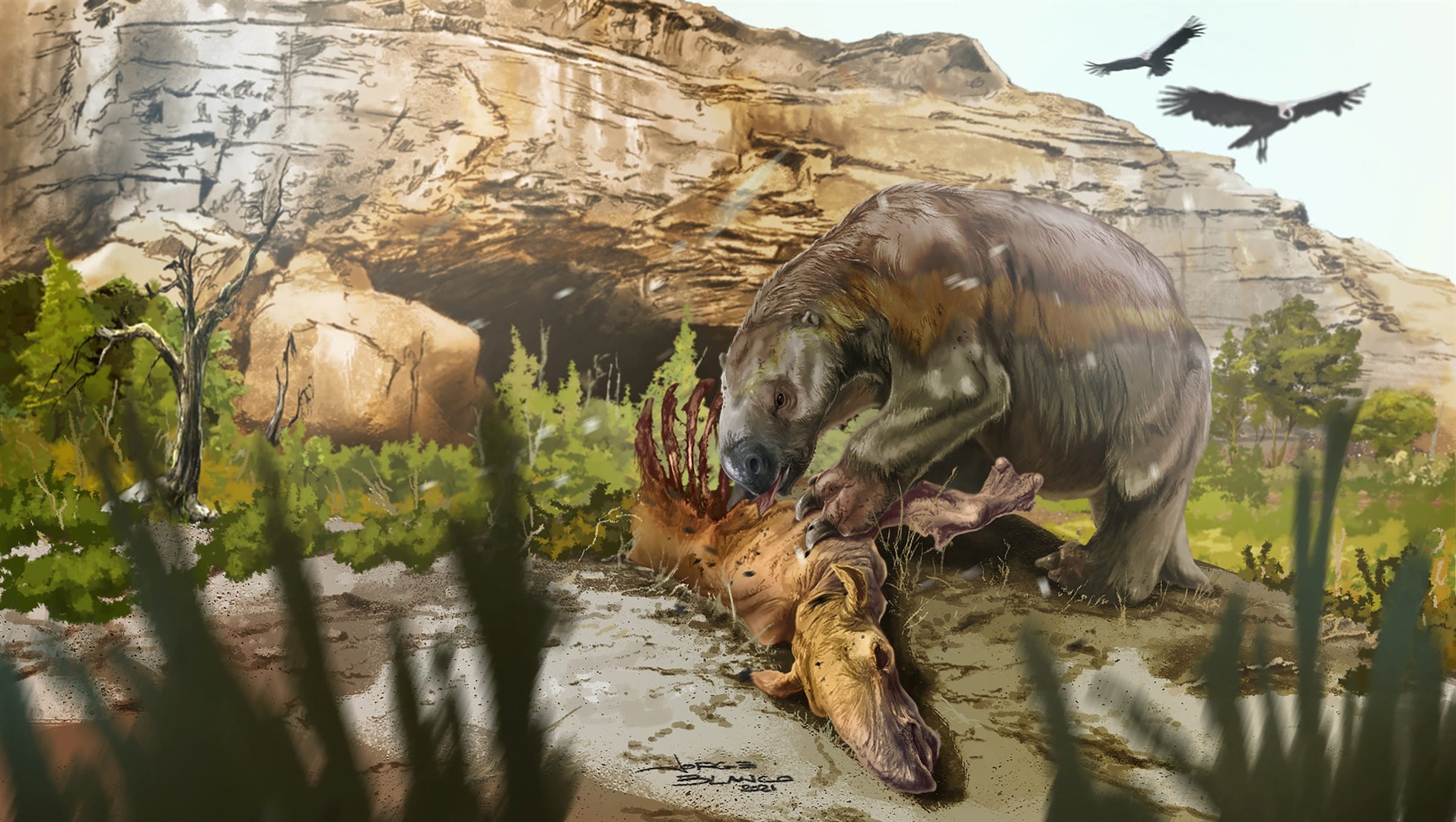