Did the U.S. Army Ever Have a Camel Corps?

You’ve surely heard of the. Infantry and the Cavalry, but not many people know that the United States once had a Camel Corps. Back in 1850, before the railroad crossed the country, the U.S. Army needed a cheap, fast way of moving supplies westward. These supplies were needed by the army in their wars against the Indians in California, New Mexico, Arizona, and Colorado.

An army lieutenant, Edward Beale, suggested camels. Congress voted $3,000 for their purchase and sent two officers to Africa to study camels’ habits and to buy some. When these officers learned that camels could carry 600 pounds and travel 30 miles in one day, they bought 33 of them and hired, 3 drivers to come back to the United States with them.

The camels were loaded onto a navy ship. The 7’5″-high animals didn’t fit below deck, so part of the deck of the ship had to be cut away for their humps to fit. The trip from Egypt to Texas took three months, but the camels proved to be excellent sailors.
Most Texans laughed at the sight of these strange animals until they saw a camel carry 1,256 pounds on its back and walk off. 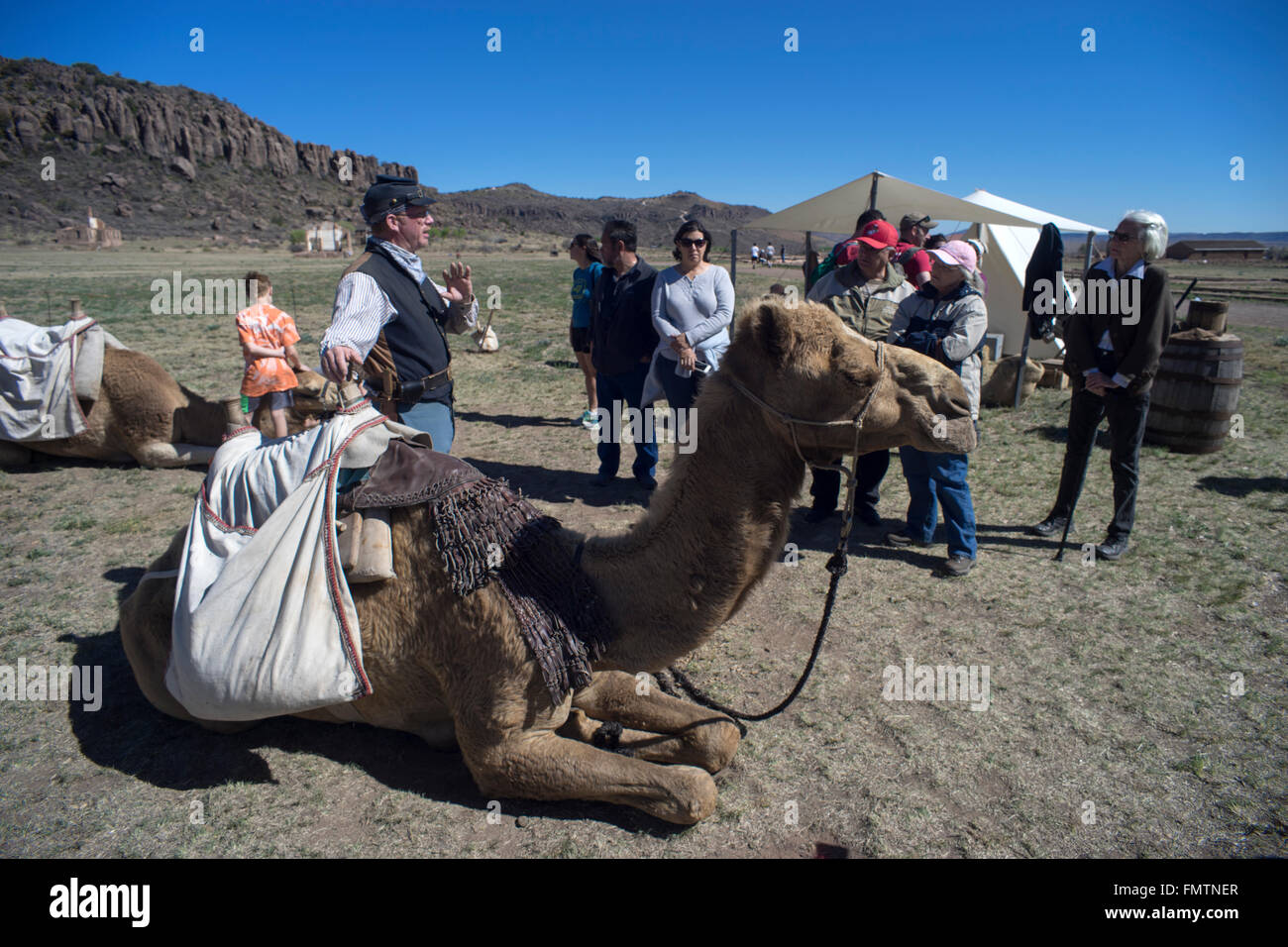 Lt. Beale became Commander of the U.S. Camel Corps and started a supply route to the West over rocks, deserts, mountains, and rivers. Besides being sturdy land travelers, the camels proved to be strong swimmers too.