The most common rainbows form when sunlight enters raindrops.

The drops act like prisms and disperse the sun’s light into the familiar spectrum of colors: red, orange, yellow, green, blue, indigo and violet.

Rainbows are round by necessity because of the geometry involved in seeing them. 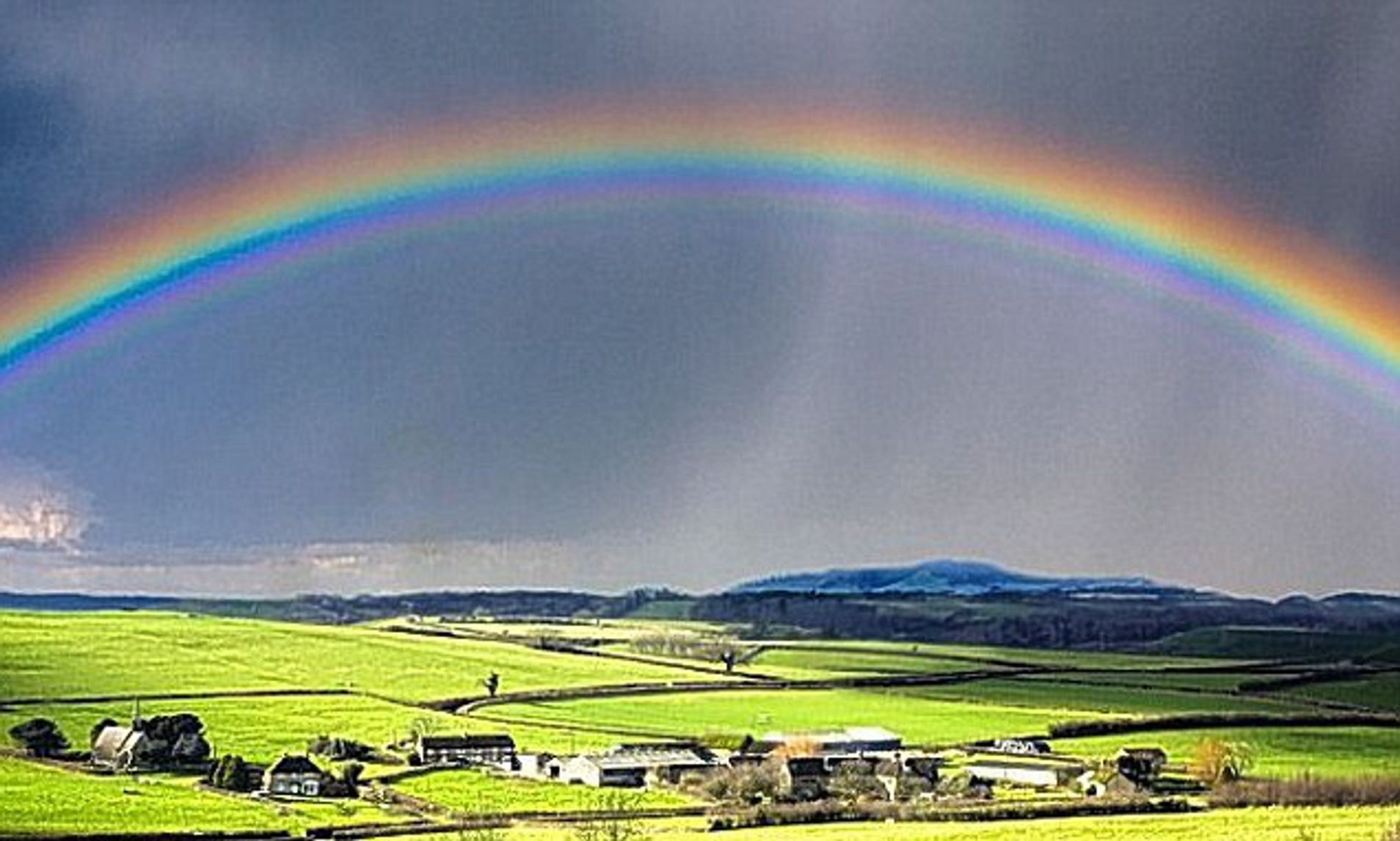 You see a rainbow when you have the sun to your back and the raindrops are in clouds in front of you. Rays of light come over your head from behind you, enter raindrops, get dispersed into colors, bounce off the backside of raindrops and come down into your eyes.

The eye must intercept the beam of light coming from the drops at a particular angle in order to see the colors.

A visible rainbow will form only if the drops are in the right place, so that there is a certain angle between the sun, the drops and your eyes.

The angle must be a constant angle, and the only geometry that keeps that angle constant involves a circle.

It sounds poetic, but it is scientifically true that no two people see the same rainbow.

If three people are looking at a rainbow, each is at the right angle for that particular rainbow.

What happens is that the light follows a similar path, but the light beam bounces twice inside the raindrops.

The two reflections have two effects: the order of the colors is flipped, and on each reflection, light is lost, scattered out of the drop, making the second rainbow fainter and less often observable.

To test all this yourself, in warm weather, you can make a rainbow with a garden hose set to a fine spray and the sun at the right point behind you.