How are the holes in Swiss cheese formed?

The holes in Swiss Cheese are made by sizable bubbles of gas produced by a special kind of bacterium in the cheese-ripening process.

There are three basic steps in producing most kinds of cheese: making curds from milk, concentrating the curds, and ripening the curds.

First, hungry bacteria, pure cultures of streptococci and lactobacilli, feed on milk sugar, or lactose, and their digestive processes make lactic acid. The acidic environment is favorable to the action of a curdling agent like rennet, a material found in cows’ stomachs. The milk separates into the familiar curds and whey. 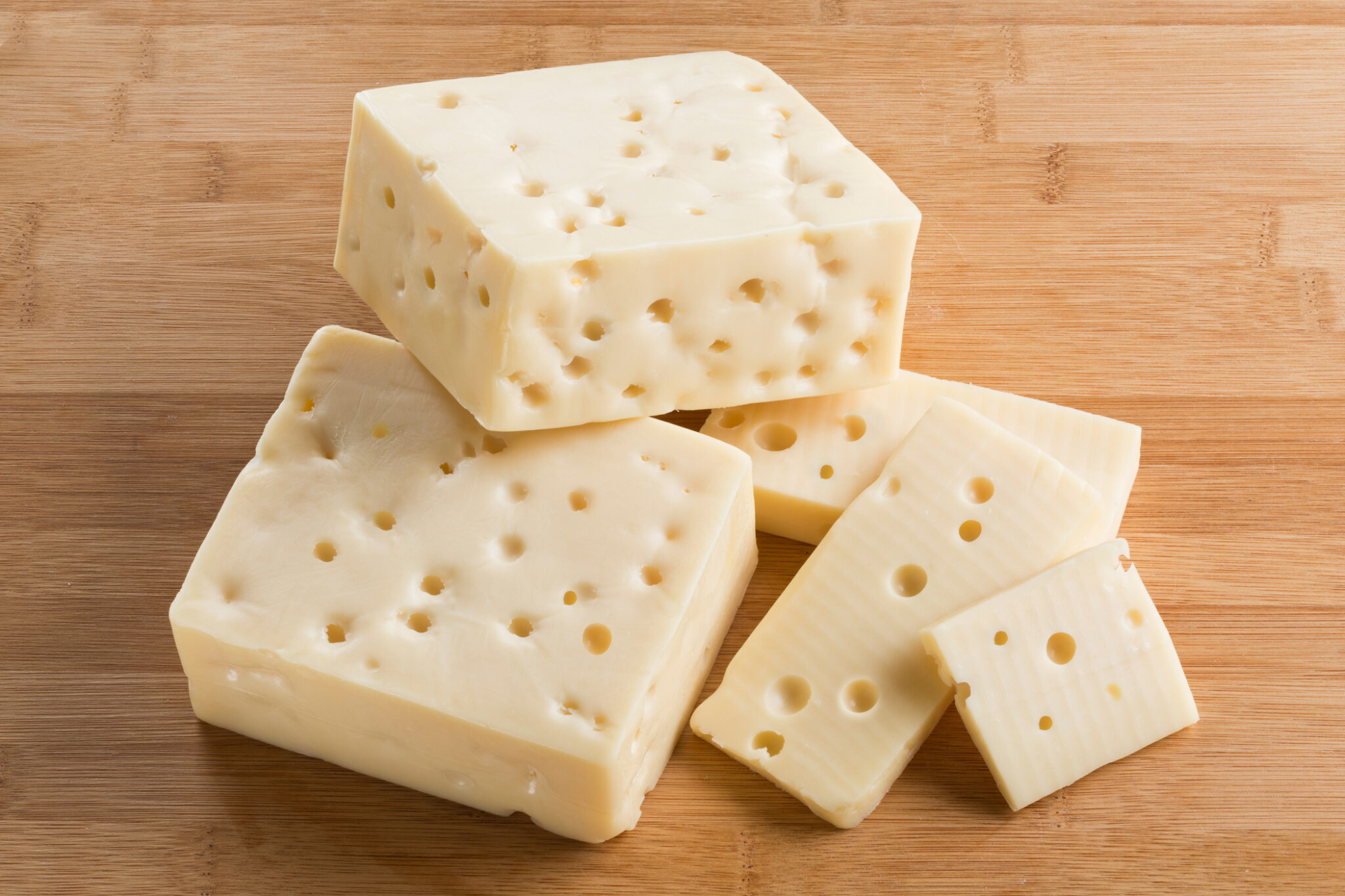 Then the solid curds are drained of most of the liquid whey and cooked, pressed, and salted to remove the rest.

The final process, ripening, the breakdown of the curd into simpler, tastier molecules, is left to the enzymes produced by a number of microbes, including the molds that produce the veins in blue cheese.

It lives on the lactic acid excreted by the other bacteria and gives off prodigious amounts of carbon dioxide gas, which collects in large pockets, or eyes, in the curd. The bacteria also give off propionic acid, which contributes to the flavor.

The characteristic holes fail to develop properly when the casein (the bundles of protein molecules that clump into curds) has been preheated in pasteurization.

In the United States, regulations require that most cheeses that are aged less than 60 days at temperatures lower than 35 degrees Fahrenheit be made from pasteurized milk. Swiss cheese is one of the few cheeses exempt from this regulation.