How Do Emotions Affect the Color of a Chameleon?

Their lips can turn yellow. Their strange little bodies fade from shoe-leather brown to grass green.

The acclaimed herpetologist Angus Bellairs even reported in his 1970 two-volume work, The Life of Reptiles, that “if an object of distinctive shape is held against the flank of a Chameleon for a couple of minutes, its outline will appear as a pale print on the darker skin.”

Chameleon skin is full of cells called chromatophores, whose business is color. The bottom layer of skin is made of chromatophores filled with a dark brown pigment called melanin, the same pigment that colors human beings’ skin. 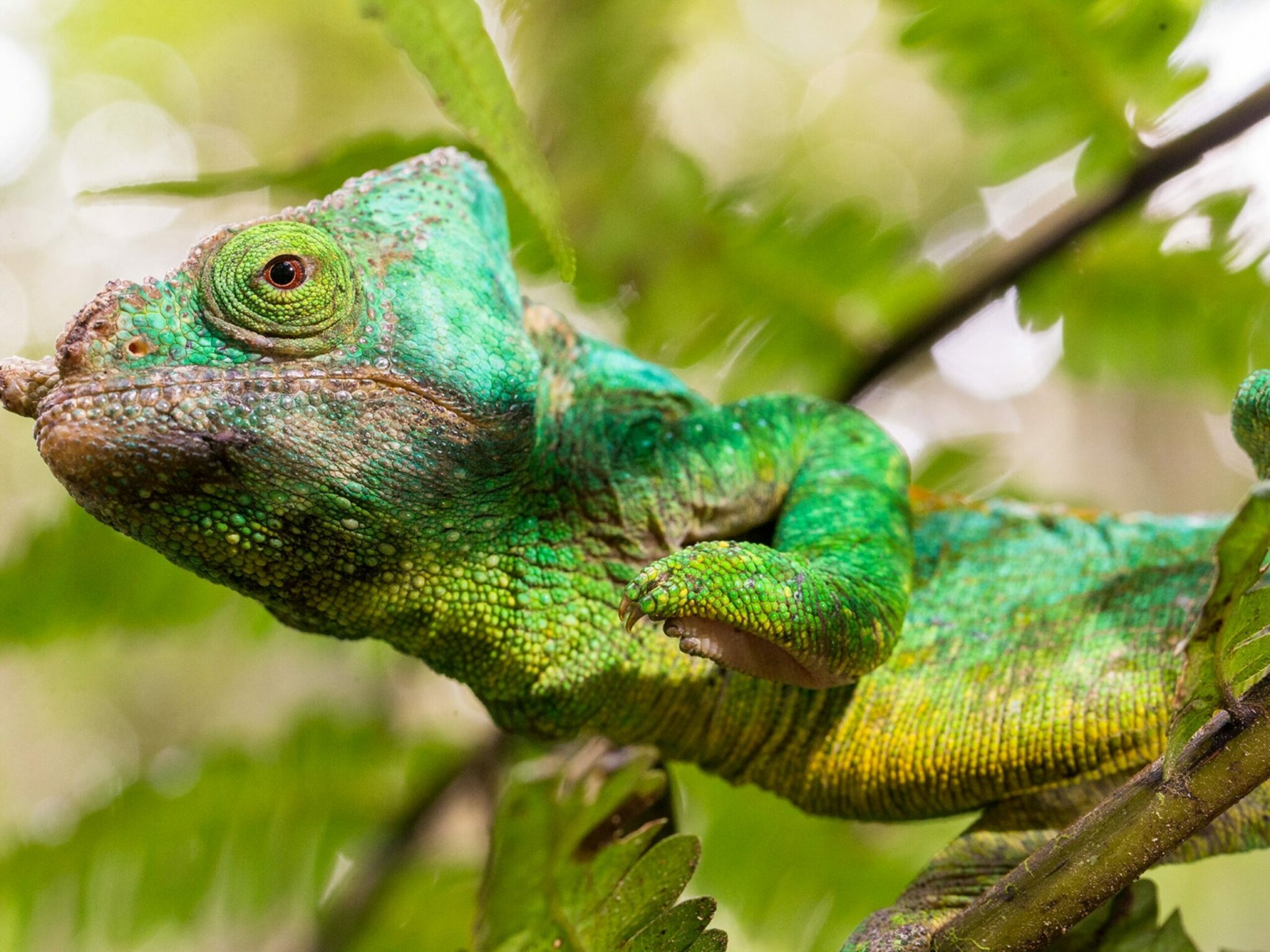 These particular cells are also called melanophores. The color cells above them vary, depending on the species of chameleon. Closer to the surface of the skin are cells that may contain yellow or red pigment; other cells have a substance called guanine, which is a reflector and produces the effect of white color.

Color changes in chameleons seem to depend on the movement of melanin pigment into branches of the spider-shaped melanophore cells, which extend up toward the skin’s surface. When the “legs” of the cells are full of melanin, the skin darkens. When they’re empty, it lightens. The other pigment cells that the animal sports are either masked or exposed in the process, and wonderful colors result.

Although reports continue to say that chameleons change color to match their background, this doesn’t always seem to be the case.

Nervous system responses to light, heat, “emotions,” danger and mating are highly correlated to color changes. Quite often a chameleon changes color and becomes more conspicuous. The melanophores of an anxious chameleon fill to the tips with melanin and the reptile washes dark brown.

In a calm animal, on the other hand, melanin concentrates in the center of the melanophores and its color is pale.