How do geologists measure continental drift?

When Alfred Wegener, a brilliant German meteorologist working in the early part of this century, came up with a theory that until 150 million years ago there was only one continent on the earth, geologists around the world were skeptical.

It took until the 1960’s for man’s knowledge about the lithosphere (the earth’s outermost crust) to advance to the point at which the revolutionary concept of plate tectonics was accepted.

By studying the ocean basin floors, geophysicists had discovered that the earth consists of plates constantly in motion toward or against each other, that the hard, brittle lithosphere is constantly moving above a soft asthenosphere. The ability to measure this movement involves study of the earth’s magnetic field, its normal and reversed epochs, and the ocean floor, in which different epochs can be detected over a certain distance and then correlated to a magnetic reversal time scale. This entire analysis is as brilliant as it is complicated. 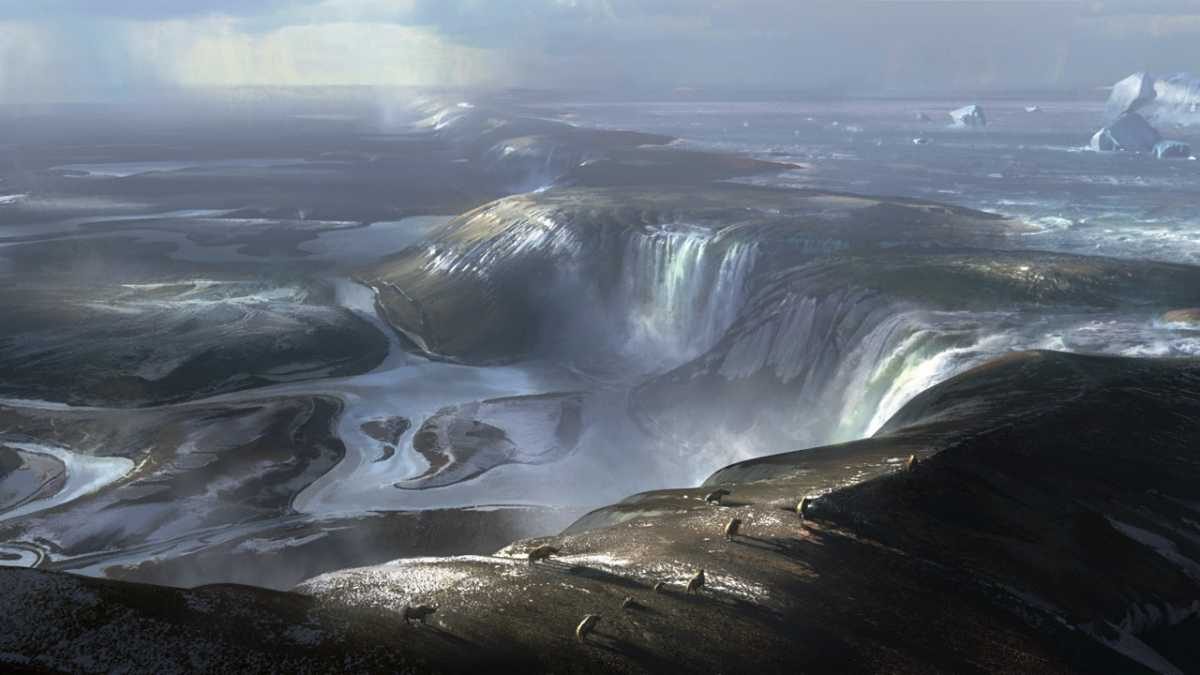 The earth’s basaltic lavas contain iron and titanium, which, when extremely hot (1,100 degrees Centigrade), are not naturally magnetized. As they cool, however, they pass a critical point known as the Curie point, after which they become magnetized in alignment with the earth’s magnetic field.

A startling fact known to geophysicists is that approximately every 100,000 to 1 million years, the earth’s polarity actually reverses itself. This means that a needle on a compass that points north in a normal epoch would make a symmetrical switch and point south in a reversed epoch. Our own normal epoch began 700,000 years ago, but geophysicists have discovered many polarity reversals preserved in the ocean basin floors, the earliest occurring some 160 million years ago.

Those reversals are discovered by examination of an axial rift on the ocean floor, where over the ages basaltic lava has welled up, formed a crust, split, and slowly moved outward. The lava of a particular age thus forms two lines or strips on either side of the rift, which grow steadily farther apart as newer lava wells up and pushes outward. The result is a wonderful mirror image, symmetrical with respect to the rift.

Oceanographic surveys have confirmed this pattern by the use of a magnetometer towed through the water which measures the earth’s magnetic field and detects normal and reversed epochs.

Basically, the instrument consists of a bottle containing distilled water and a wire coil, which are polarized and made extremely sensitive to intensity of magnetism. Oceanographers measure the total intensity of the earth’s magnetic field, about 95 percent of which is generated in the earth’s molten core and the remaining 5 percent resulting from the permanent magnetization of the oceanic crust.

Over hundreds of miles, the magnetometer registers a long wavelength pattern which indicates total field intensity. Then, using a computer, oceanographers subtract the “carrier wave,” which represents the magnetic field generated in the earth’s core. What’s left are the departures from this norm, magnetic anomalies that result from permanent magnetization of the oceanic crust. After several surveys, the magnetic anomalies can be resolved into a lineated pattern and, in accordance with the lava strips, they too are symmetrical with respect to the mid oceanic ridge.

The next step is to measure the width of the lava strips by modeling the anomalies into a pattern that represents normal and reversed magnetic areas over a certain distance. This pattern is then correlated to a magnetic reversal time scale (in millions of years), derived in part by radiometric determination of the age of the rock in a particular strip.

Knowing that x kilometers of normal and reversely magnetized lava strips occupy y millions of years, geophysicists can then, of course, calculate the rate of drift: distance ÷ time = rate of drift. For example, if a span of 10 million years is determined in the ages of the crust found within 440 kilometers on one side of a ridge:

This 4.4 centimeters per year of movement is the rate of drift on one side only; the total rate is double that amount. The average, or worldwide, rate of total crustal separation, however, is only about 2 centimeters, less than an inch, per year.