How do scientists measure dream activity in the human brain with an electroencephalograph?

In the early decades of the twentieth century many scientists and philosophers speculated upon the nature of our dreams but could not study them scientifically.

Researchers could wake up volunteers at different times in the night and ask them whether they had been dreaming and for how long. But the propensity of dreams to vanish into oblivion almost as soon as we wake made for such sparse and unreliable results that dream activity, however intriguing, was held unsuitable for scientific study.

In 1937 scientists began studying sleep with the help of an electroencephalograph (EEG). This equipment, invented in 1929, can record very small fluctuations in electrical activity, commonly known as “brain waves,” constantly occurring in our brains. 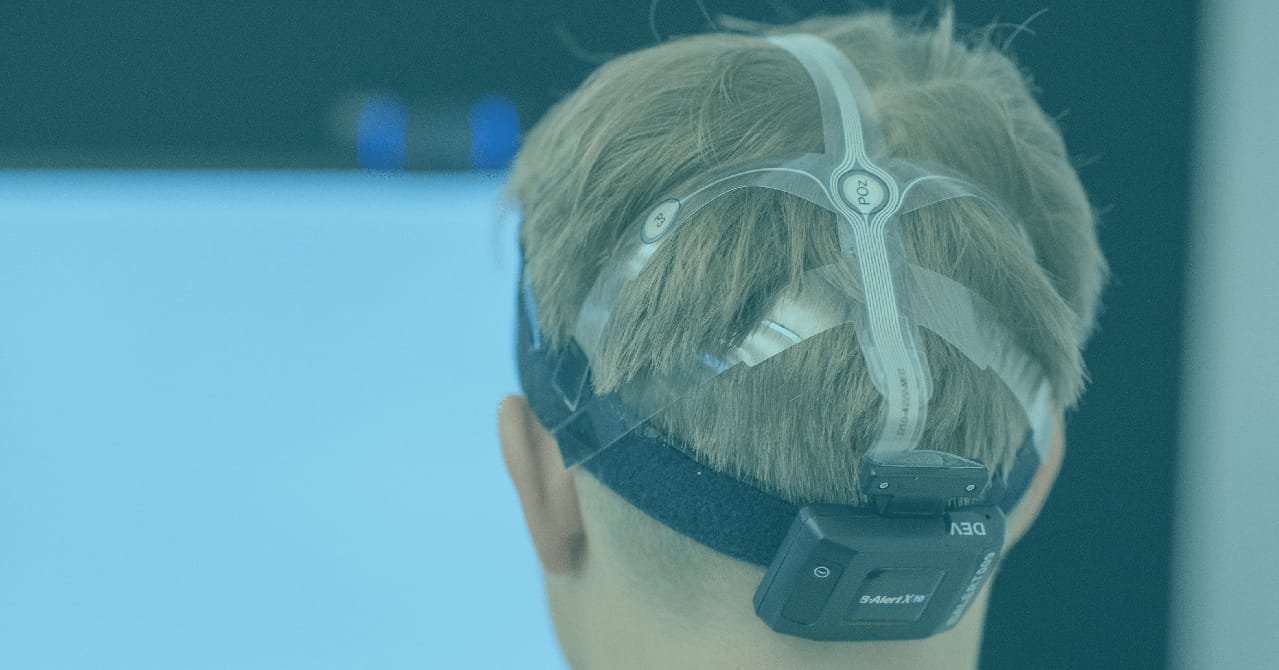 Five types of electrical activity were identified as taking place in recurrent sequences during a night’s sleep. Then in 1953, a University of Chicago graduate student, Eugene Aserinky, discovered distinct periods of rapid eye movement (REM) during babies’ sleep. Scientific research into dreams took off in earnest.

Researchers found it quite easy to differentiate the periods of rapid eye movement (which can be detected under the closed eyelids of sleeping adults as well as those of children) from the eyes’ immobility or slow rolling movements (non, rapid eye movement, or NREM) during the rest of sleep.

Brain wave rhythm during REM sleep has been found to be more like that during the waking state than the other sleep states, and to recur regularly about every ninety minutes throughout the course of a night’s sleep. So sleep was reclassified as NREM during stages 1 through 4 and REM in stage 5.

The possibility that the rapid eye movements might correspond with sleepers’ watching their dreams prompted researchers to wake up their subjects during REM and NREM sleep and compare the results.

They found that about 80 percent of the time that sleepers were awakened from REM sleep, they reported having been dreaming, whereas only 7 percent of the time did sleepers aroused from NREM sleep say they were in the midst of a dream. These findings led to the still continuing era of the sleep laboratory.

A research subject, often a psychology student earning experimental credits, goes to bed for a night’s sleep in the lab with about eight electrodes applied to certain places on his head. The EEG amplifies the tiny shifts of electrical potential occurring within the brain and body that are detected by the electrodes.

Continuous shifts from positive to negative charge within the subject’s brain cells are transmitted to magnetic tape, which drives a row of pens, each of which reflects changes in a different part of the brain or body. When an electrical charge is negative, a pen will swing upwards to a corresponding magnitude; when positive, the pen will swing down. The height of the waves shows how much voltage is being generated by the area studied, and the distance between the waves indicates the rhythm and rapidity of electrical movement in progress.

In order to compensate for the distorting effects of sleeping in a laboratory, researchers commonly document their subjects’ sleep patterns over five to ten consecutive nights in order to establish a normal pattern.

Still, the possibility of a certain amount of “laboratory effect” inhibition is tolerated as unavoidable. Nightmares are rare, for instance, as are nocturnal sexual emissions in the lab. Some dreamers vigorously deny any violent or sexual content in their dreams, despite strong indications of agitation of this nature to clinical observers.

The experimenters monitor the sleeping subject as he progresses through stages 1 through 4 of (NREM) sleep, delineated by their different brain wave patterns.

When, after about ninety minutes, the subject shifts into stage 5 (REM) sleep, presaged by a highly irregular, rapidly changing but low-voltage brain wave printout very similar to that of the waking brain, the dream researchers’ attention focuses on the eye movement printouts (measured by two particular electrodes) on the polygraph paper.

The script is now characterized by abrupt shifts, as the sleepers’ eyes dart to and fro as though looking at a movie. If the subject is woken up at this point, the odds are ninety-nine in a hundred he will say he was dreaming. But the experimenters will probably let the subject dream for about five minutes, the approximate length of the first dream phase of the night, before they awaken him to discover details of the dream.

Meanwhile, monitors recording data about the subject’s physical state show an increase in oxygen consumption and internal brain temperature and irregularities, wild fluctuations even, in heartbeat and respiration, similar to those during violent emotion or exertion when awake. Although the dreamer may grind his teeth, the rest of his muscles are completely slack.

After being awakened briefly, the subject will be allowed to fall back to sleep. Again he will drift down through stages 1 through 4 of NREM sleep and, in ninety minutes to an hour, will again enter the dream phase, stage 5 (REM), which this time is likely to last around twenty minutes. During the course of the night, the sleeper will repeat this cycle four or five times, each time staying in the REM phase for a longer and more vivid dream period.

In this way, thousands upon thousands of dreams have been meticulously and laboriously monitored, giving researchers increasingly comprehensive insight into this puzzling, and evanescent phenomenon.