How do they select donors at a sperm bank and Why was I rejected?

In the late 1950’s and throughout the 1960’s, new knowledge was acquired and new methods developed for the storage and preservation of human sperm.

The 1970’s saw the natural consequence: the advent of sperm banks and sperm as a salable commodity. Today there are nearly a dozen sperm banks scattered across the country, and the market for sperm is expanding.

Donating semen at a sperm bank might seem like a quick, even pleasant, way to pick up some extra cash, however, most men are not eligible to do so. 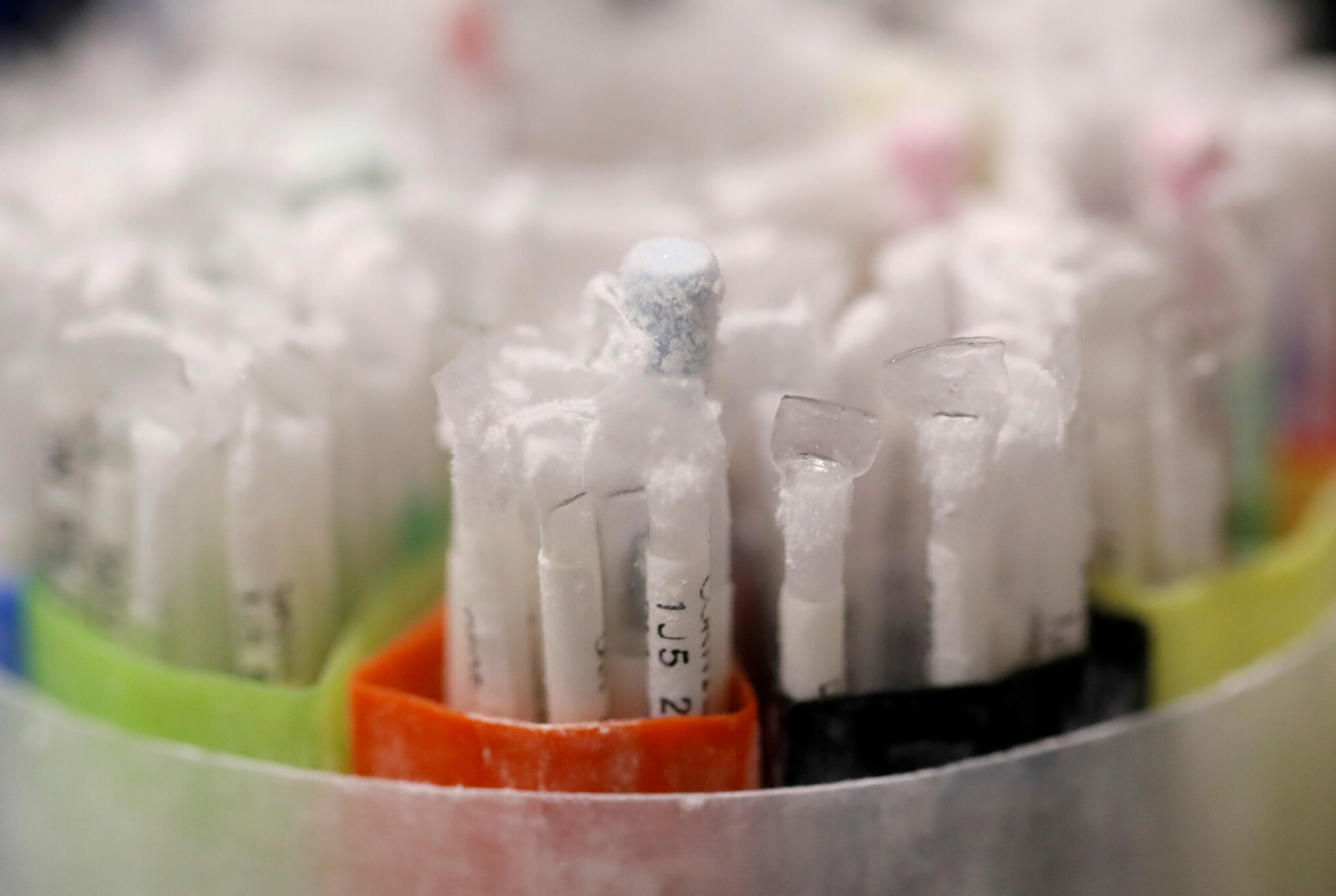 At the Idant Clinic in New York, initial screening consists of examination of a sperm specimen, and about 80 percent of the candidates are immediately eliminated on that basis alone, as their sperm count is simply not high enough to justify storage.

When sperm is stored in a bank, it is chilled rapidly to – 196.5 degrees Centigrade and maintained in cylinders of liquid nitrogen until required for use. Since a certain percentage of sperm inevitably dies from the trauma of this freezing process, it is essential to start with an exceptionally healthy specimen. The average American male has a sperm count of 50 to 60 million per cubic centimeter, but Idant accepts no one with a count below 100 to 110 million per cubic centimeter.

The clinic counts sperm three times on a modified electronic Coulter counter, a sophisticated machine (also used in hospitals to count 68 red and white blood cells) that counts sperm automatically. Less than a drop of semen is required for the count, thereby preventing needless waste. Technicians then magnify and televise the sperm on a monitor to check for normal or abnormal shapes.

Another reason for rejection is insufficient motility: anything less than 65 to 70 percent is inadequate, for motility, too, is reduced somewhat by freezing. If a candidate’s specimen does meet the initial requirements, it is frozen and quickly thawed to make sure that 75 percent of the spermatozoa survive the process unchanged.

Next the candidate is required to fill out lengthy questionnaires about his medical and genetic history and undergoes a complete physical examination. He is interviewed and a complete profile is drawn up, including his vocation, hobbies, religion, ethnic background, height, blood type, and so on.

While denying that their views are in any way racist, the Idant Clinic holds that many of the elements of the profile are actually hereditary factors. Great care is taken to establish similarities between the donor and the husband, because 99.9 percent of the couples who have children by artificial insemination never tell the child that the husband is not in fact the biological father. It is interesting to note that about 10 percent of women now pregnant by artificial insemination are not married and live alone.

Because of touchy emotional and legal questions, a contract is drawn up between each donor and the sperm bank which ensures absolute anonymity. A donor may never know whether his sperm has been used successfully, and he will certainly never learn the identity of the mother, where she lives, or how many children she has had by him. Conversely, the mother can never discover the identity of the donor.

Once accepted by the sperm bank, a donor may submit sperm quite frequently. He must, however, abstain from sex for three days between specimen donations, because after ejaculation sperm count decreases.

Each specimen is analyzed on culture plates for traces of contamination or venereal disease, and the donor is paid ($20 per specimen) if the ejaculate proves acceptable.