If you cut an onion across, you’ll find a series of layers surrounding a central core. A cross-section of our planet would show a similar structure.

Studies of earthquakes by geologists, scientists who study the earth, reveal that the earth is made up of three layers: the crust, the mantle, and the core.

The crust, the “skin” of the earth, consists of soil, water, and rock. Its thickness varies from 5 miles under the oceans to 20 miles under land. Some of the deepest parts of the crust may reach temperatures of 1,600°F. At this temperature, it is hot enough to melt rocks. 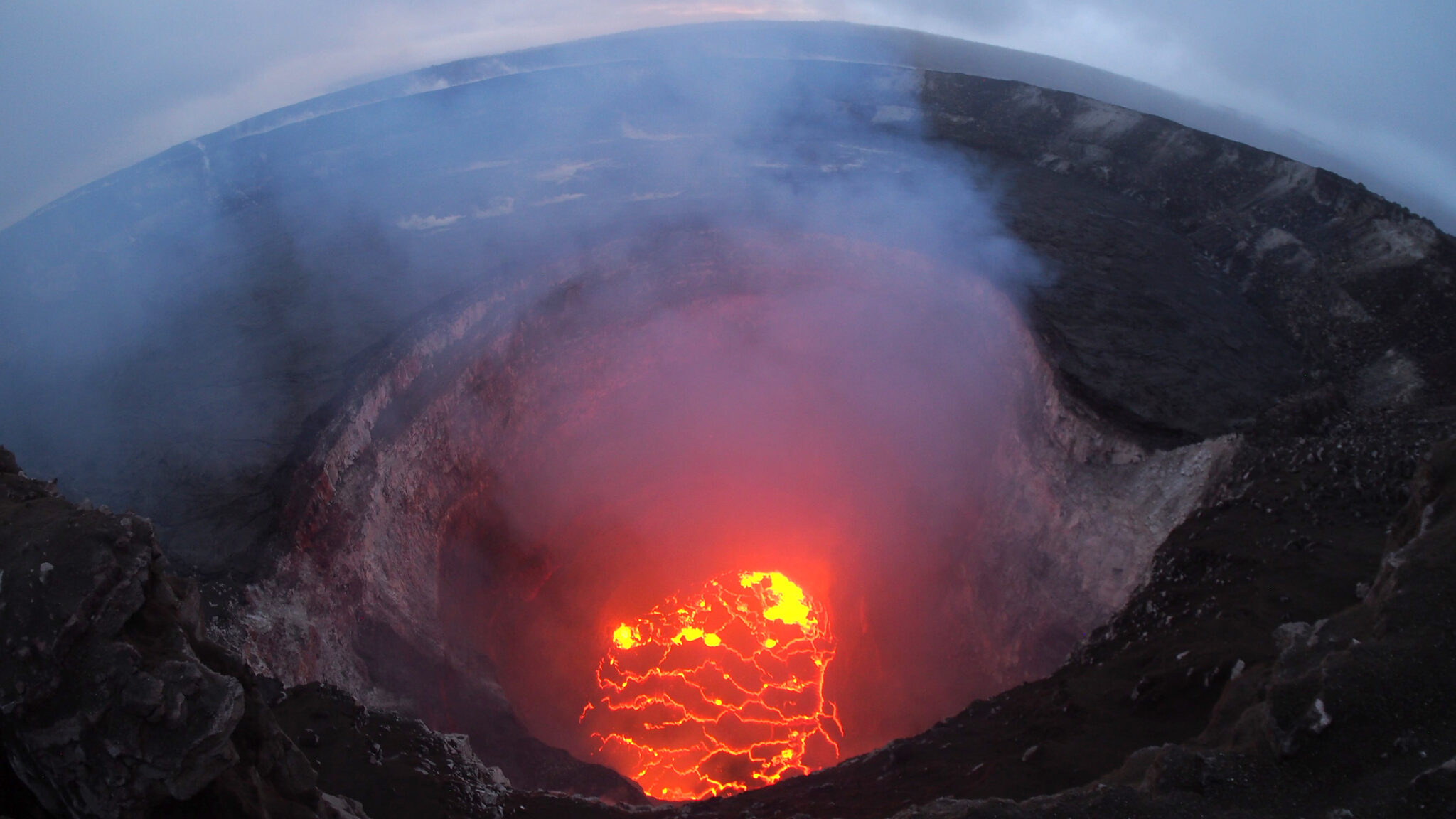 The next layer, the mantle, is a thick layer of rock, about 1,800 miles deep. The deepest parts here may reach temperatures of 4,000°F.

The core is actually made up of two layers, an outer core and an inner core. The outer core, 1,400 miles thick, has an average temperature of 6,500°F, and is believed to be mostly liquid, melted iron and nickel.

The ball-like inner core is actually the center of the earth. Its 800-mile thickness is believed to be solid iron and nickel. The temperature here may reach as high as 9,000°F., the highest of any layer, but the inner core remains solid rather than melting because of the tremendous weight and pressure the earth above exerts upon it.