How Were Egyptian Men and Women Created According to Ancient Egyptian Mythology?

According to one Egyptian myth, men and women were made by a ram headed god named Khnum.

Khnum took clay and molded a human body on a potter’s wheel.

Carefully, he created bones, blood vessels, a brain, a heart, and a stomach. 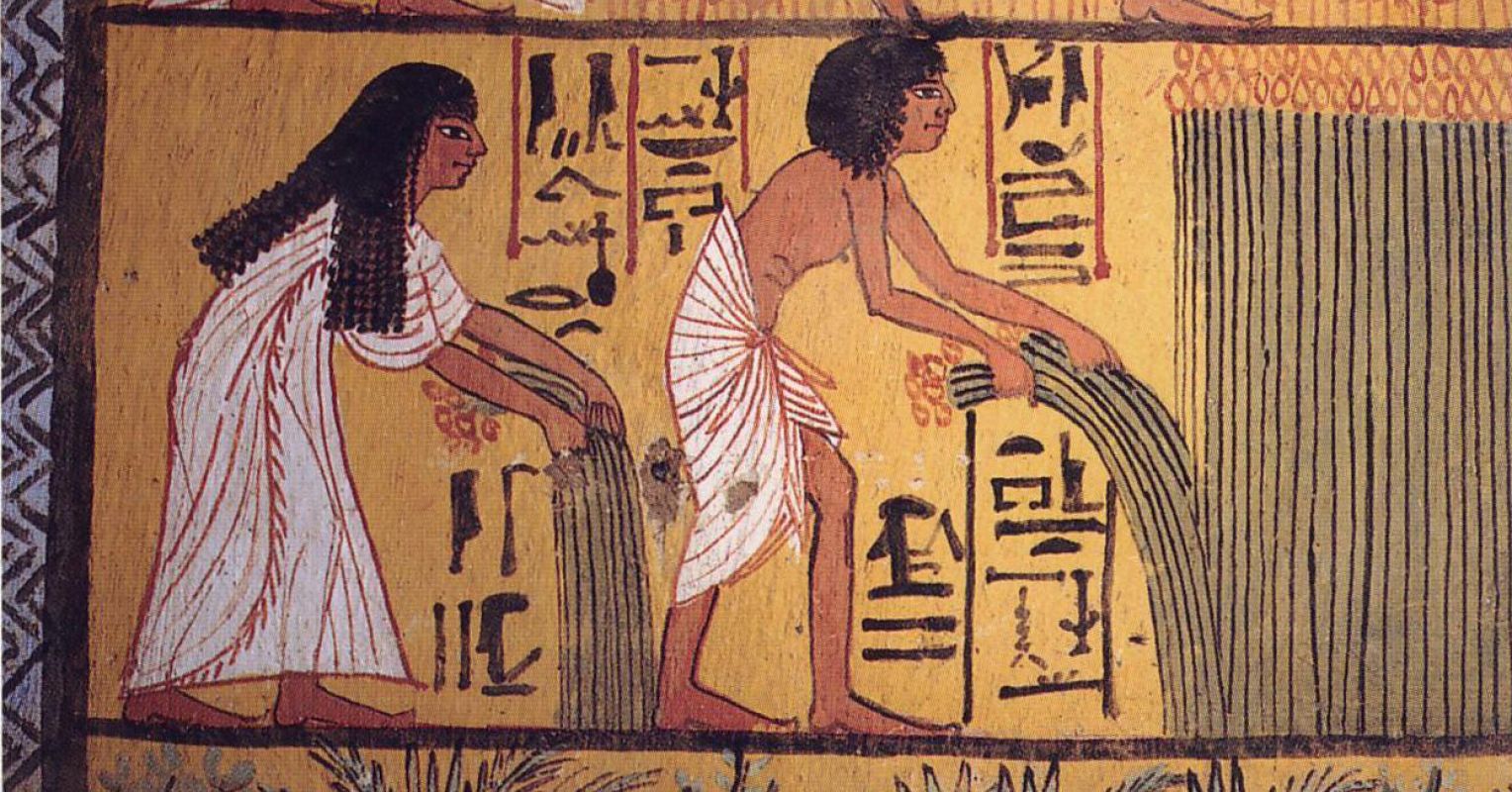 When Khnum was finished, he presented a man and a woman to the sun god, who blessed them with life.

Khnum was one of the earliest Egyptian deities, originally the god of the source of the Nile River.

Khnum was usually depicted as a ram-headed man at a potter’s wheel, with recently created children’s bodies standing on the wheel.