Is Glass Really a Thick Liquid That Can Flow Under the Influence of Gravity?

Liquids do get somewhat thicker as they are cooled, and because all glass was once a liquid while it was hot and being formed into shape, some people like to think that it gets thicker and thicker as it “supercooled,” until it gets so thick that it acts like a solid. Well, the truth is that it is a solid.

If glass flows, its motion apparently requires more than four thousand years to become detectable, because that’s how long glass has been around and nobody has yet come up with any convincing evidence of its motion. That’s one hole in the “supercooled liquid” theory. But the bigger, absolutely gaping hole is that glass is not a supercooled liquid, despite the fact that quite a few textbooks and encyclopedias say it is.

The “supercooled liquid” fable has been around at least since I was in school and accepted everything my teachers said as gospel. But science and I have marched many a mile since then, and there is no longer any excuse for perpetuating the myth. 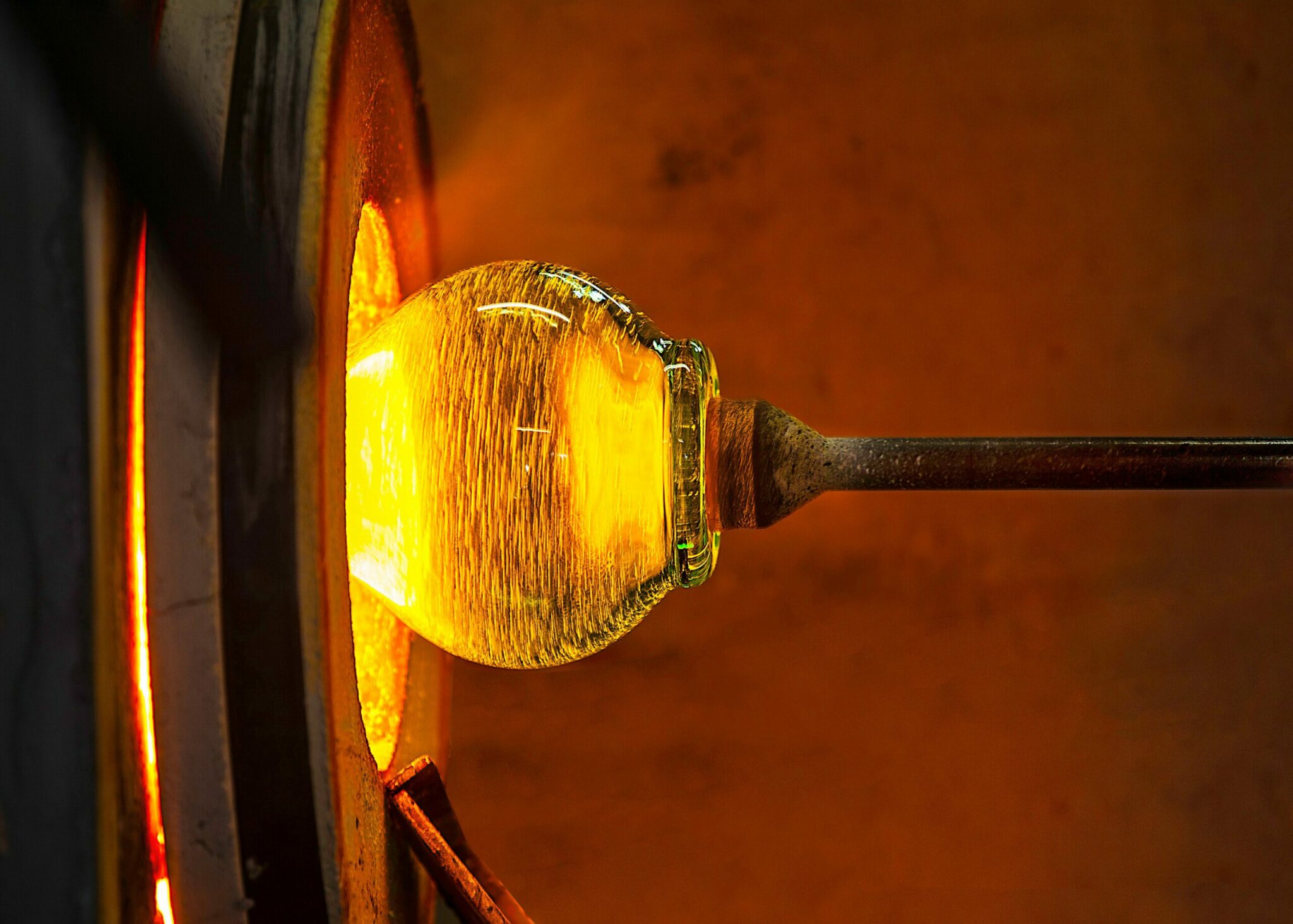 If you’ve ever observed glassblowing or the process of molding glass into shapes, you know that when it’s hot enough the glass certainly does flow like a very thick (viscous) liquid. But as it cools down, we observe no sudden transition from liquid to solid, as we do, for example, when water cools down and turns into solid ice. That has led many well-meaning scientists to conclude that the glass must still be a liquid even at room temperature, because it didn’t turn abruptly rigid.

Moreover, the argument goes, solids are usually crystalline, meaning that their atoms or molecules occupy precise geometric positions with respect to one another, and glass’s molecules don’t. Examples of crystalline solids are ice, table sugar, salt or almost any mineral you can think of. If a typical solid’s atoms and molecules weren’t fixed in place, they could slip and slide over and around one another; in other words, they would flow like a liquid.

But a substance’s molecules don’t have to be in the form of a highly organized crystal in order for it to be a solid. There are such things as amorphous solids (from the Greek, meaning “without form”), in which the molecules are indeed fixed in place, but in a more or less random arrangement.

That’s the case with glass. It’s a solid, all right; it’s just not a crystalline one. (Techspeak: Its structure does not exhibit long-range order.) When glass is cooled from the molten state, its molecules can’t find a repeatable, orderly arrangement into which to fit themselves. It’s the same with many other amorphous solids such as plastics and lollipops. Translucent lollipops are sugar (sucrose) in an amorphous, glassy form, as distinguished from its crystalline form in the sugar bowl.

Melt some sugar over very low heat in a small pan. If some sugar crystals stay on top without melting, stir them in with a fork. When it is all melted, but before it gets too dark, pour it out onto a cool, flat surface such as a tile countertop or the bottom of a metal frying pan. The sugar molecules will cool so fast that they don’t have time to arrange themselves into crystals and will wind up in a glassy form. After it cools, you can eat your caramel candy glass.

By the way, you can forget the word “crystal” that glassware manufacturers apply to their better-quality merchandise; scientifically speaking, it’s just plain wrong. A “crystal chandelier” or “crystal goblet” is made of glass that is as amorphous as any other. It’s just a particularly clear and brilliant quality of glass, usually containing lead oxide.

Okay, now it’s time to address the urban legend that simply will not die: that the windowpanes in several-hundred-year-old buildings are thicker at the bottom, having flowed down somewhat over the years as any good supercooled liquid should. If you examine old cathedral windows that still have their original glass in them, you’re sure to find many that are indeed thicker at the bottom. The trouble is that nobody has ever done measurements on enough panes to determine if significantly more of them are thicker at the bottom than at the top, middle or sides.

But even if a significant fraction of old panes were found to be thickest at the bottom, it wouldn’t prove that they had flowed. Early window glass was made by methods that were quite crude compared with our modern plate glass processes, and uneven thicknesses were tolerated as being preferable to more serious defects such as bubbles and scratches. Now if you were a workman assembling windows from panes of uneven thickness, wouldn’t you be inclined to set them in with their thickest parts at the bottom?

There must be some relatively high temperature at which glass does begin to flow. What is that temperature?

Glass experts talk about a “transition temperature” at which rigid glass does indeed become slightly plastic. For ordinary window glass, the transition temperature is about 1000 degrees Fahrenheit (550 degrees Celsius). Everyone must agree that the windowpanes in old buildings never got that hot.