Were Americans the First To Eat Hot Dogs?

The frankfurter, like the hamburger, had its beginnings in Germany, where as a sausage it was served on a plate with a piece of bread and a pile of sauerkraut on the side. It wasn’t until the frankfurter came to America that the hot-dog-on-a-bun was created.

Sausages had been a popular dish throughout Europe for hundreds of years because, with no refrigeration methods yet invented, this meat relied on its spices to keep it fresh longer than other meats.

Each city or area usually had its own style of preparing the sausages and its own combination of seasonings. Because of this, the final sausage product often took its name from its birthplace. 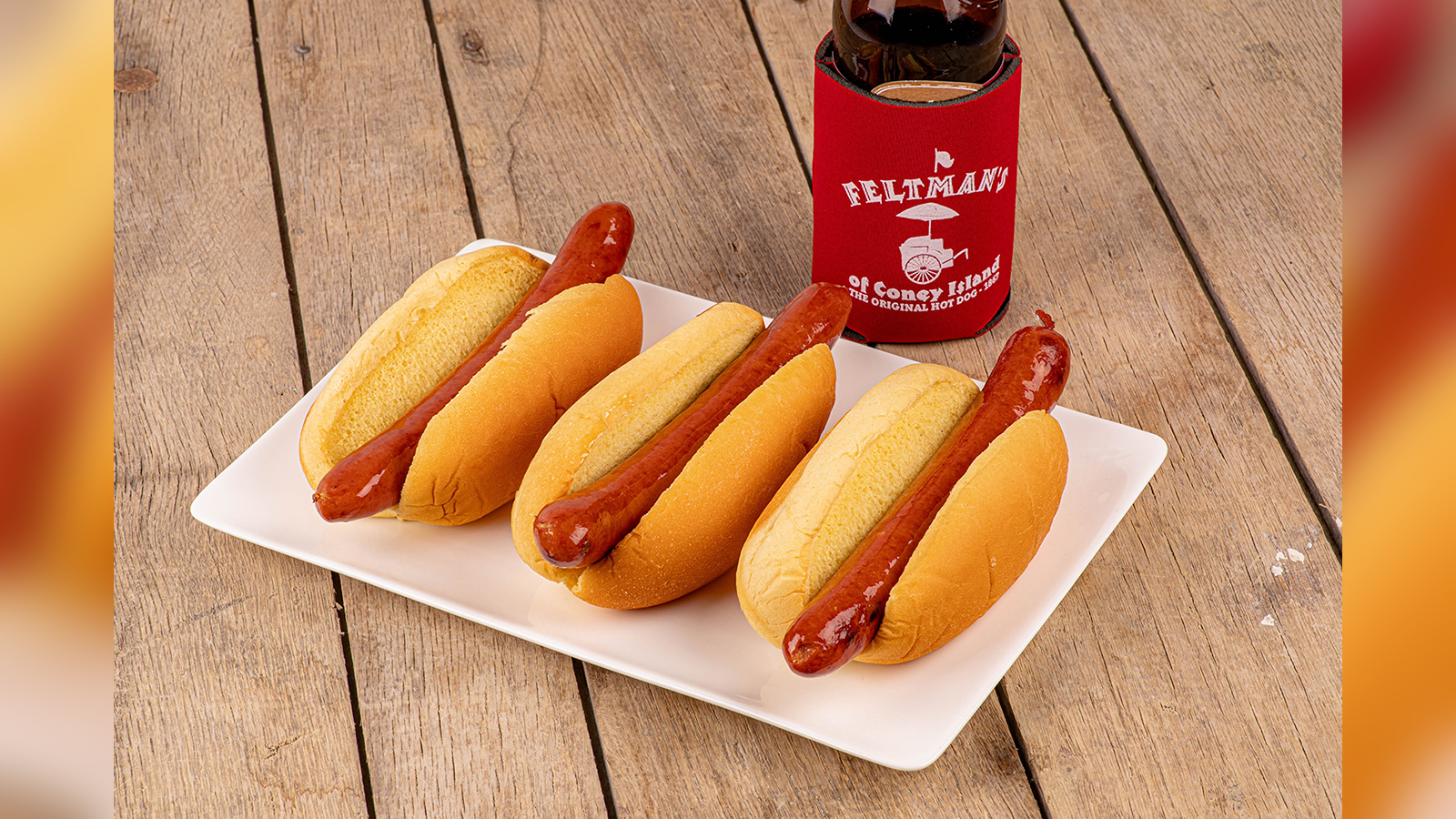 The frankfurter came from Frankfurt, Germany.

And the salami came from Salamis, a Greek city on the island of Cypress.

Today’s frankfurters are made of ground-up pork or beef mixed with various spices and put into sausage-stuffing machines. The mixture is squeezed out through a nozzle into a long, rolled-up casing, or skin.

As this casing is stuffed, it unrolls into a frankfurter over a hundred feet long. Another machine then pinches it at regular intervals into a string of franks, the same size as the bun on which each will sit.

Now the franks are ready to be cooked and smoked. It is this smoking process that gives them their special taste. Sometimes the skins are taken off before they are sold.

Frankfurters have been popularly named “hot dogs” because they were thought to resemble a long, low dachshund dog and because they are served hot.