What Are Auroras, What Causes Auroras, and Why Do Auroras Appear Above the Arctic and Antarctic?

Particles jettisoned from the Sun during a solar flare or contained in the solar wind can reach Earth in a matter of hours or days.

Above Earth’s North and South Poles, the planet’s magnetic field is strongest and the atmosphere is filled with particularly highly charged atoms.

The interaction of solar and atmospheric particles results in brilliant displays of light called auroras. 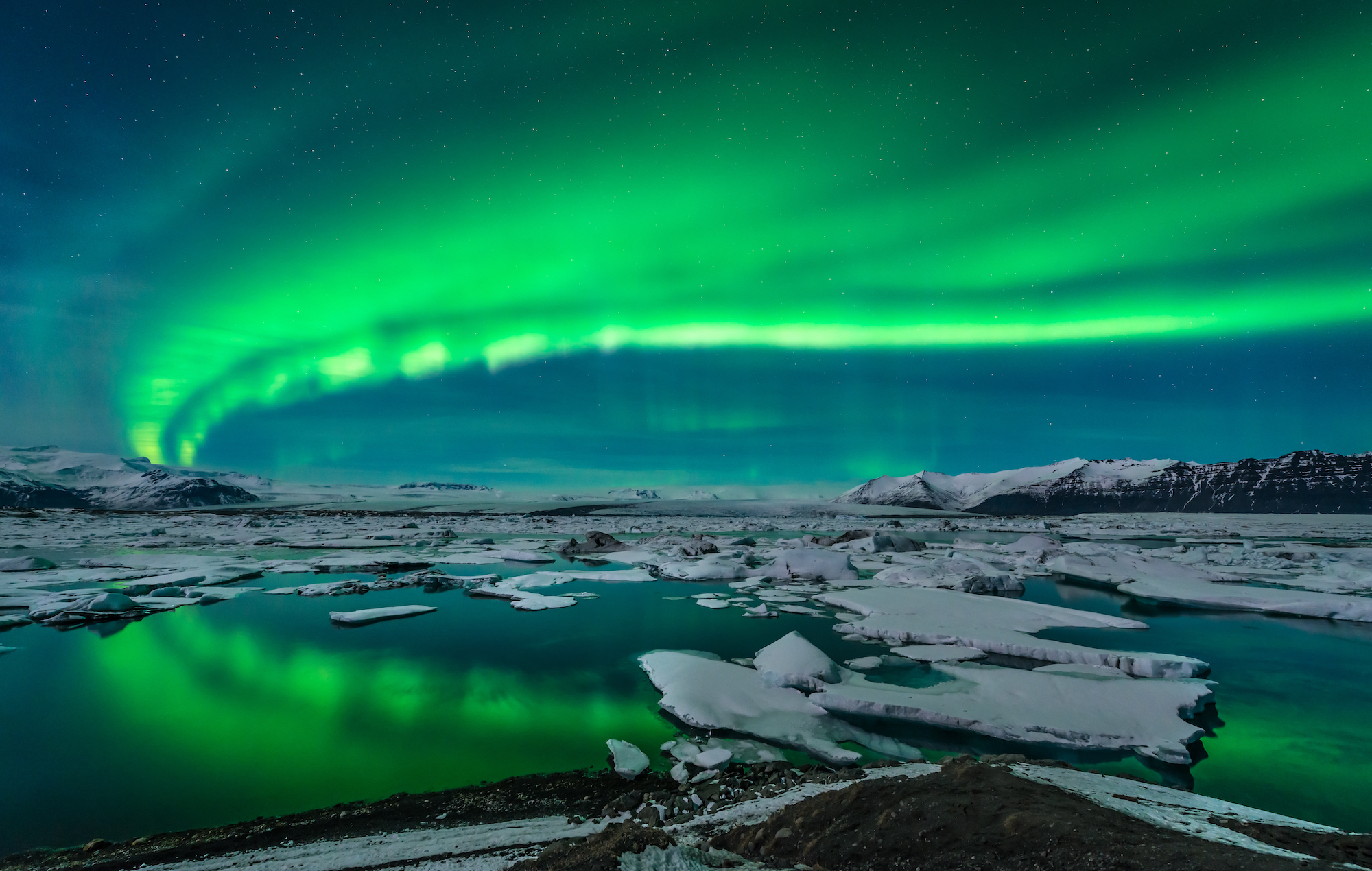 Auroras look like bands or sheets of bright light.

They can be seen almost anywhere, but appear most clearly in the night sky above the Arctic, aurora borealis, or northern lights and Antarctic, aurora australis, or southern lights.