Where do the words grenade garnet, grenadier, pomegranate come from and What do they mean?

Gramm is the Latin word for grain or seed, and is the source of a number of the words we now use.

Not only grain and grange and granary, but also garnet, grenade, and pomegranate. The latter words came from the Latin adjective, granatus, “having many seeds.”

Anyone who has eaten a pomegranate will readily see why the Romans called it granatum, for it is certainly filled with seeds. They also called it Punica granatum and malum Punicum (Punic apple), believing it to have originated in Carthage. Our present name, pomegranate, from PO71111711, fruit, apple, hence, fruit of many seeds, was of later formation. 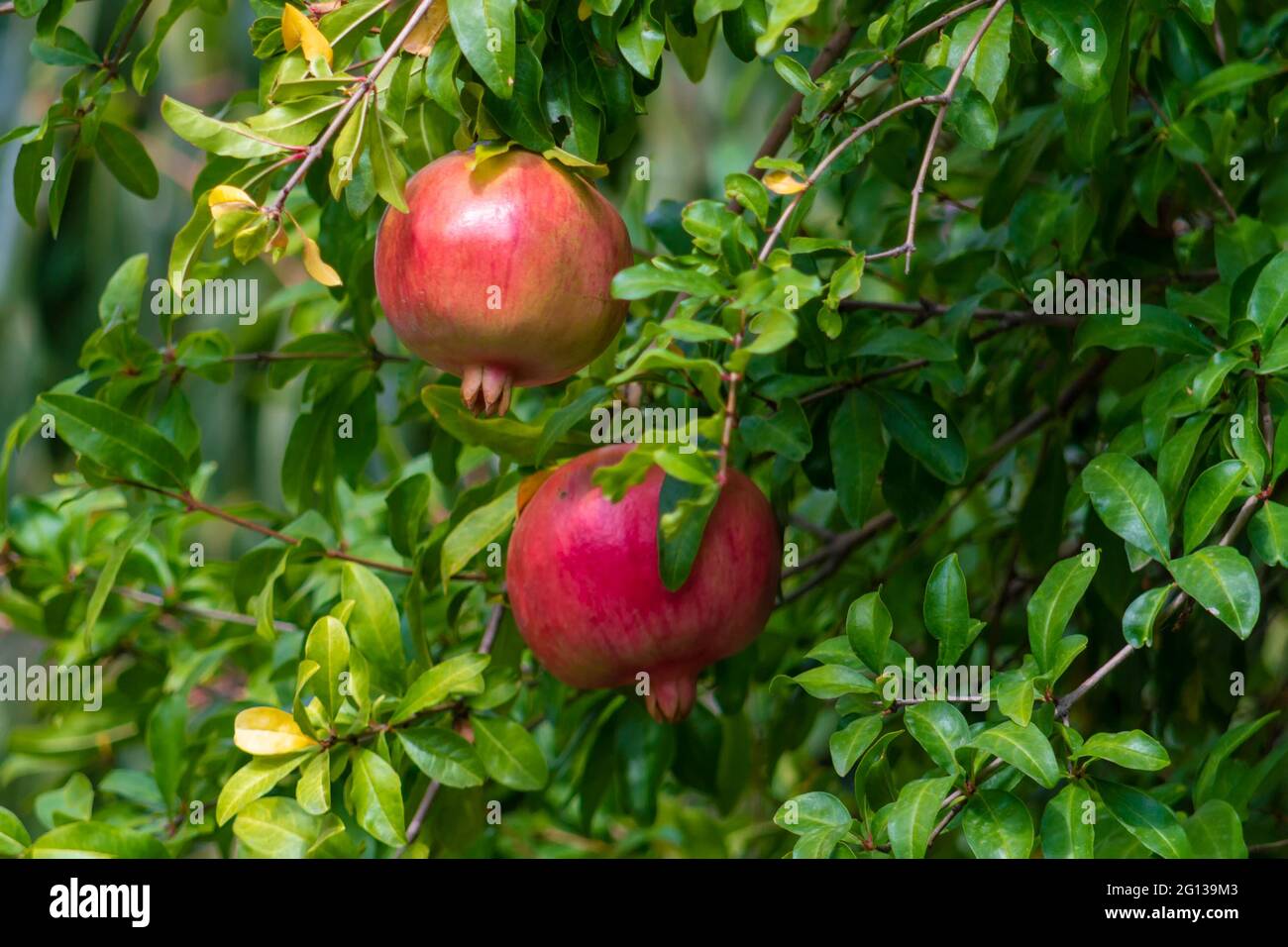 The pulp of this fruit has a deep, transparent, reddish color, very similar in appearance to that of the gem, garnet.

Either because of the color or because of the general resemblance between the seeds of the fruit and the crystals of the gem, the precious stone was called granaticus by the Romans. This became grenat in Old French and, when taken to England, gernat, gernet, and, ultimately, garnet.

After the invention of gunpowder, experimentation began with various explosive missiles. One of these used by the English army in the late sixteenth century was a small bomb, shot from a gun or thrown by hand into a cluster of the enemy.

This missile was facetiously called a granate or granade, perhaps because it was about the size of a pomegranate and was filled with “seeds” or grains of powder. The name became fixed as grenade.

Later, a company in each regiment or battalion was specially trained in the handling and hurling of grenades and, quite properly, each member of such a company became a grenadier.