Where Does Kinetic Energy Come From and Why Are Atoms and Molecules In Perpetual Motion?

Suppose that the Rockettes came on stage one at a time and did solos. You would agree that the intended effect would be lost, would you not? But that’s exactly how school science curricula are designed: the chemistry and physics teachers do solo acts on separate stages, and there’s no course in school called Putting It All Together.

Our recollections are correct, of course. The missing link is this: Nobody’s pushing all those atoms and molecules around now, but they got one helluva shove some billions of years ago. 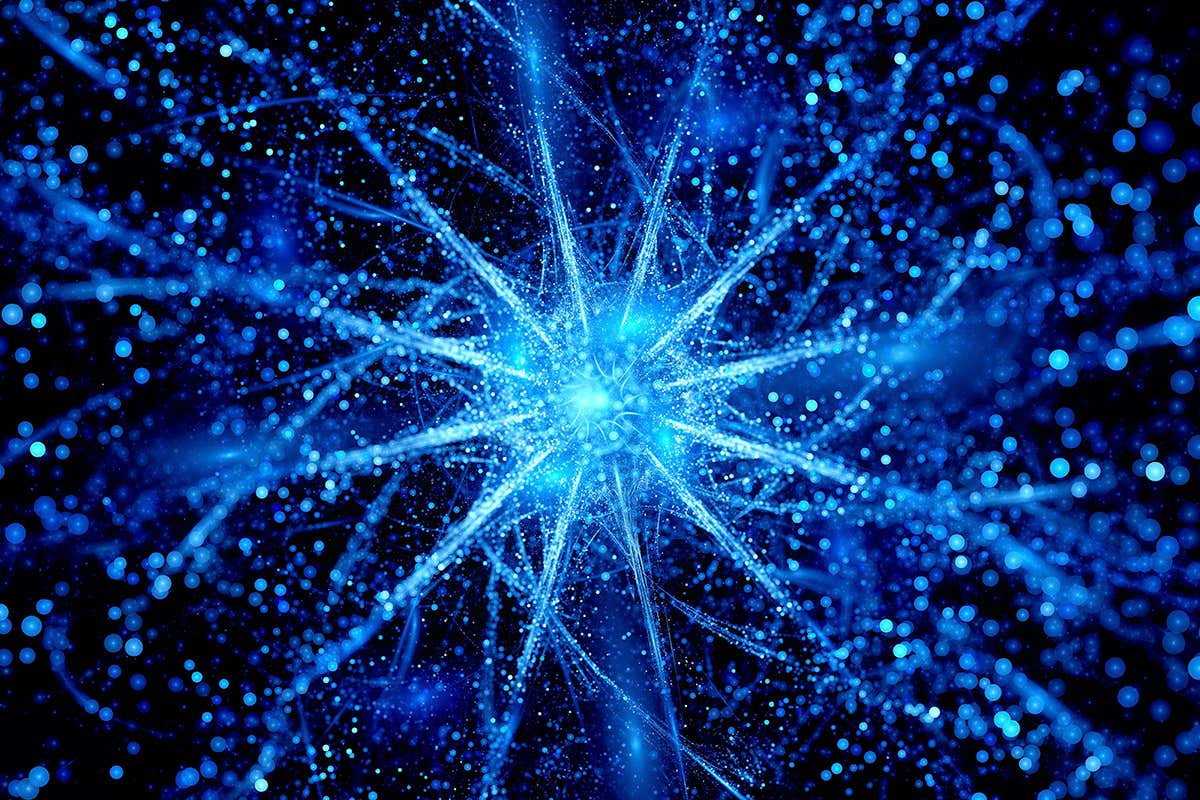 The fact that all of these particles are in constant motion doesn’t mean that any visible-sized chunk of matter, a grain of salt, for example, is going to be bounding about like a Mexican jumping bean.

The three billion billion atoms in that grain of salt (yes, I actually calculated it) are oscillating in all possible directions, so they cancel each other out. The salt grain isn’t about to suddenly jump off your dining table. A beehive doesn’t go galloping across the countryside just because the bees inside are flitting frantically about. (Actually, they’re really pretty sedate inside the hive unless you rile them up.)

The big question, then, is where did all the particles in the world get their kinetic energy? Was there one great big, initial shove? Yes, indeed. All the matter in the universe obtained all of its energy at the moment of its creation in the “big bang” that, according to the most widely accepted theory, ignited the universe some ten or twenty billion years ago (cosmologists are still fighting over the exact date). And billions of years later, every particle in the universe is still shivering.

You know, of course, that what’s going up on the stove and down in the fridge is the temperature: the average kinetic energy of the particles in a sample of matter, whether it is soup, beer, a human being, or a star. The key word is average.

Now we obviously can’t climb into a pot of soup with a stopwatch and clock every one of its jillions of particles and average the speeds together to get its temperature. So we’ve had to invent a gadget called a thermometer. It was invented by a man named Gabriel Fahrenheit.

The thermometer has a shiny, highly visible liquid in it, mercury,  that expands up a glass tube when the temperature goes up and contracts down the tube when the temperature goes down. The mercury expands because of a chain reaction of collisions. The particles of the substance whose temperature we want to measure are colliding with the outer wall of the glass thermometer. This makes some of the glass particles collide with mercury particles inside the tube. The struck mercury particles are then moving faster than they were before, commanding more elbow room, and the mercury has to expand up the tube.

Thus, all the atoms and molecules in the universe are still shivering with primordial, universal energy, at different speeds depending on their temperature. And energy is all there is. It’s the one and only currency in the universe.

In case you think that the sun is continually manufacturing new energy and sending it down to us as heat and light, think again. The sun and stars are just converting into these forms of energy some of the stash of energy that they already possess in the form of mass. Nothing new is being generated.

But won’t the cosmic battery, charged up billions of years ago, ever die?

There is every reason to believe that it will. All the energy vin the universe is gradually but relentlessly turning into; something else: entropy, or disorder, total chaos. But don’t worry too much about it. Long before that happens, only about six billion years from now as a matter of feet, the sun will have died.

There is such a thing as perpetual motion, continuing as long as the universe lasts.