Where does the word “panorama” (cyclorama) come from and What does panorama mean?

In 1788 a Scottish portrait painter, Robert Barker, succeeded in carrying out in practical form an idea that had previously been suggested by a German architect named Breissig.

This was to produce and exhibit on canvas the effect of the continuous scene that is open to anyone who turns himself completely around at one spot.

To achieve the desired effect, he erected a rotunda, about sixty feet in diameter and reached by stairway, with a continuous painting mounted upon its cylindrical inner wall. Ceiling and floor were blended into the painting to suggest sky and ground. 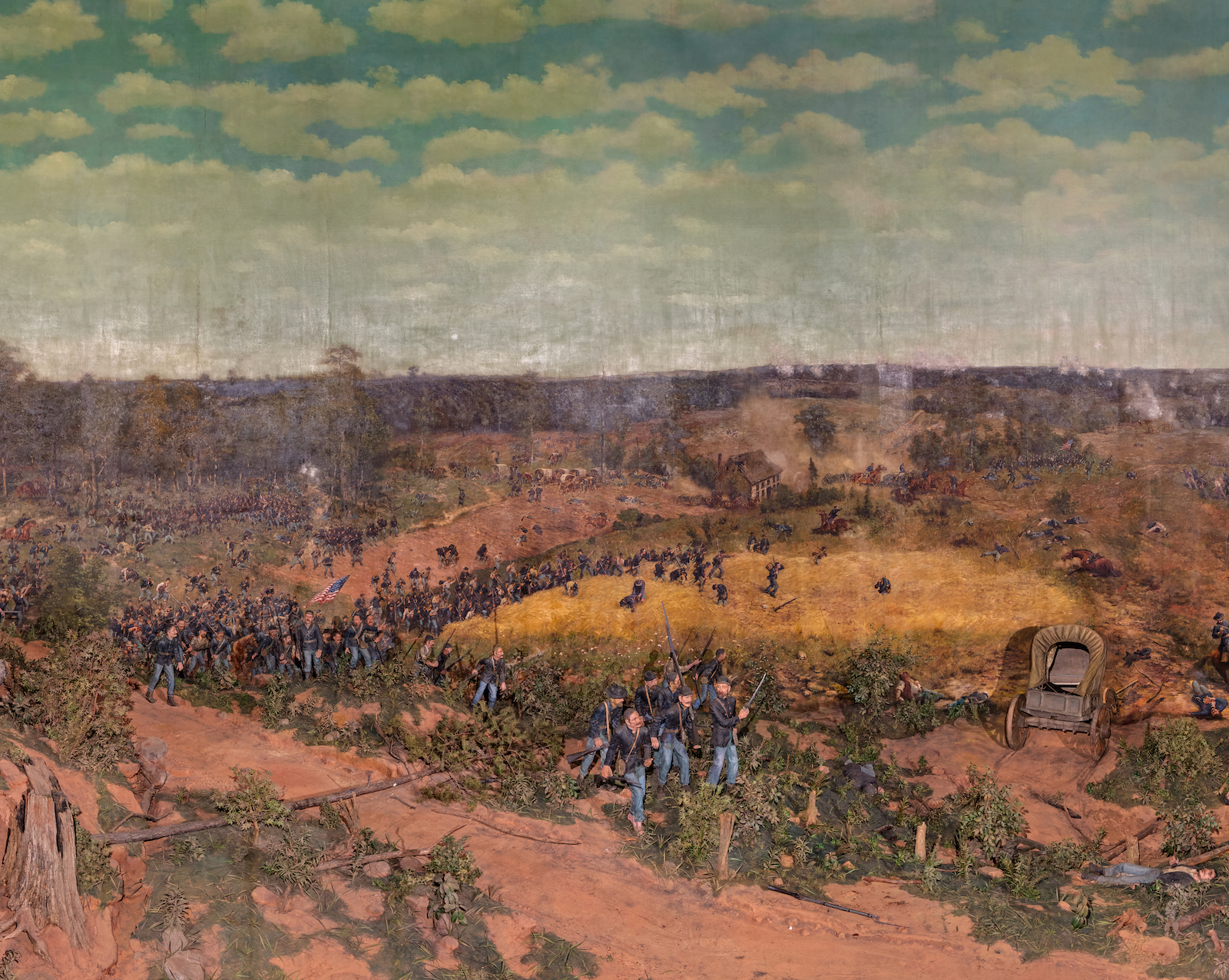 At first Barker called his invention, “La Nature a coup d’ceil (Nature at a Glance),” but later he coined the more euphonious name, panorama, from Greek pan, all, and orama, view.

Robert Fulton, more noted then as artist than as engineer, was one of those greatly attracted by Barker’s invention, and introduced the panorama into Paris, where he was staying, in 1799.

Nowadays panorama also embraces a complete natural view in all directions, and the term cyclorama, from Greek kyklos, circle, and orama, view, is used for the artificial scene.