The black necked cobra is able to spit venom on their prey or if threatened. It is one of several species of cobra that have specially adapted fangs that permit it to spray venom into the eyes of its victim.

The poison causes blindness, enabling the snake to kill a predator or intended dinner with ease. If the venom is washed out of the eyes, the damage is only temporary, but if it is not washed out permanent blindness will occur.

Most people think of the cobra as a resident of India, but Africa is the center of the cobra population. Five different varieties of the snake live there. This snake relies on its tongue for its sense of touch and for picking up vibrations that warn of movement. In this manner a snake’s tongue also serves as its ears. 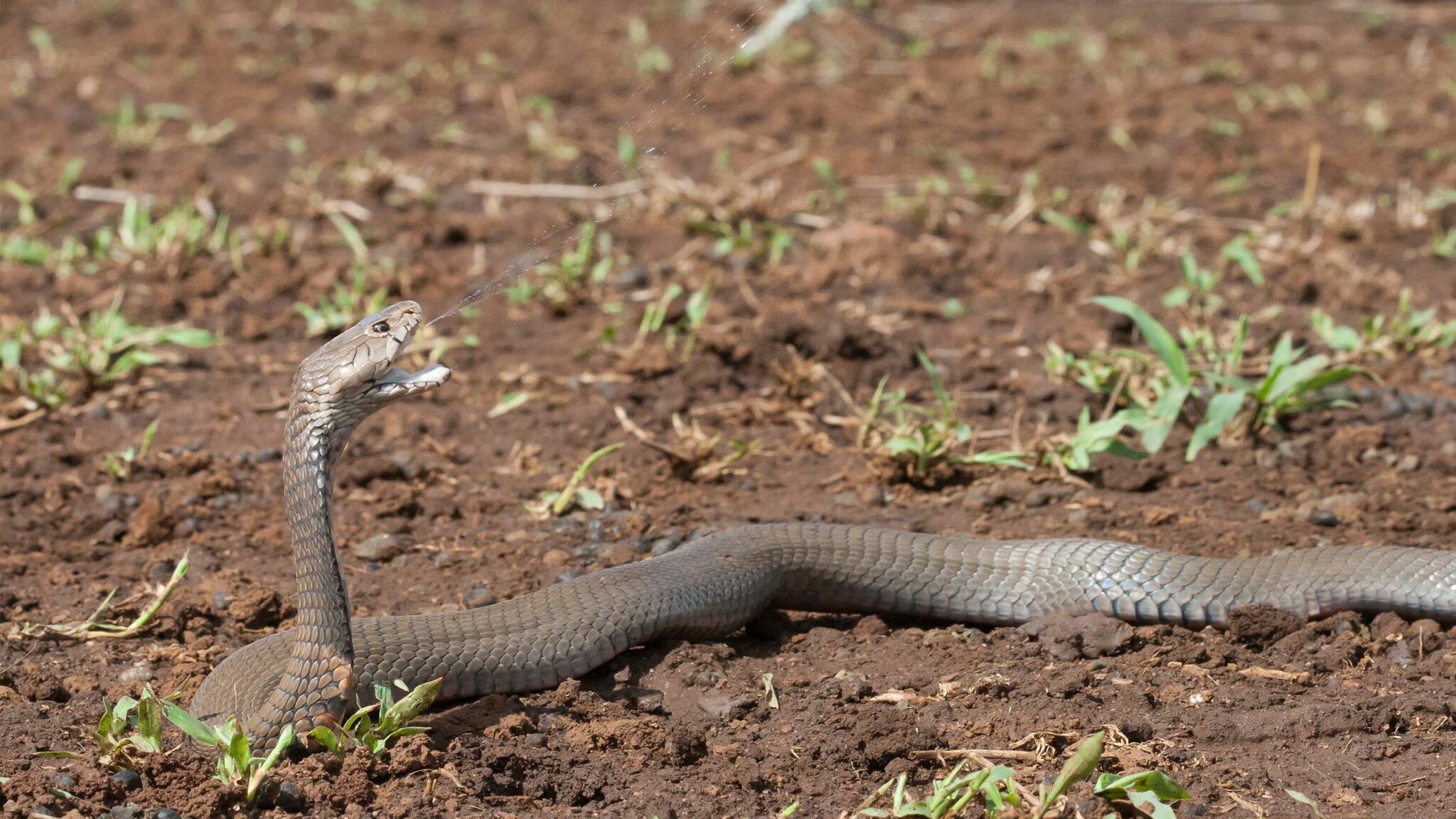 Actually, a snake cannot hear. If you are in the woods and wish to warn snakes that you are near, make sure you move the underbrush as you walk.

Sensing these vibrations, the snake will slither away, because it is just as frightened of you as you are of it.