Why do flying fish fly and where do they come from?

Most flying fishes belong to the family Exocoetidae and live in the surface waters of all tropical oceans. They are able to leap out of the water and glide above it because they have overdeveloped pectoral fins and in some cases pelvic fins as well.

The flying fish that have two pairs of “wings” build up swimming speed much as an airplane taxis before takeoff; they gather speed at the surface by sweeping the tail fin rapidly from side to side, vibrating it like an outboard motor. 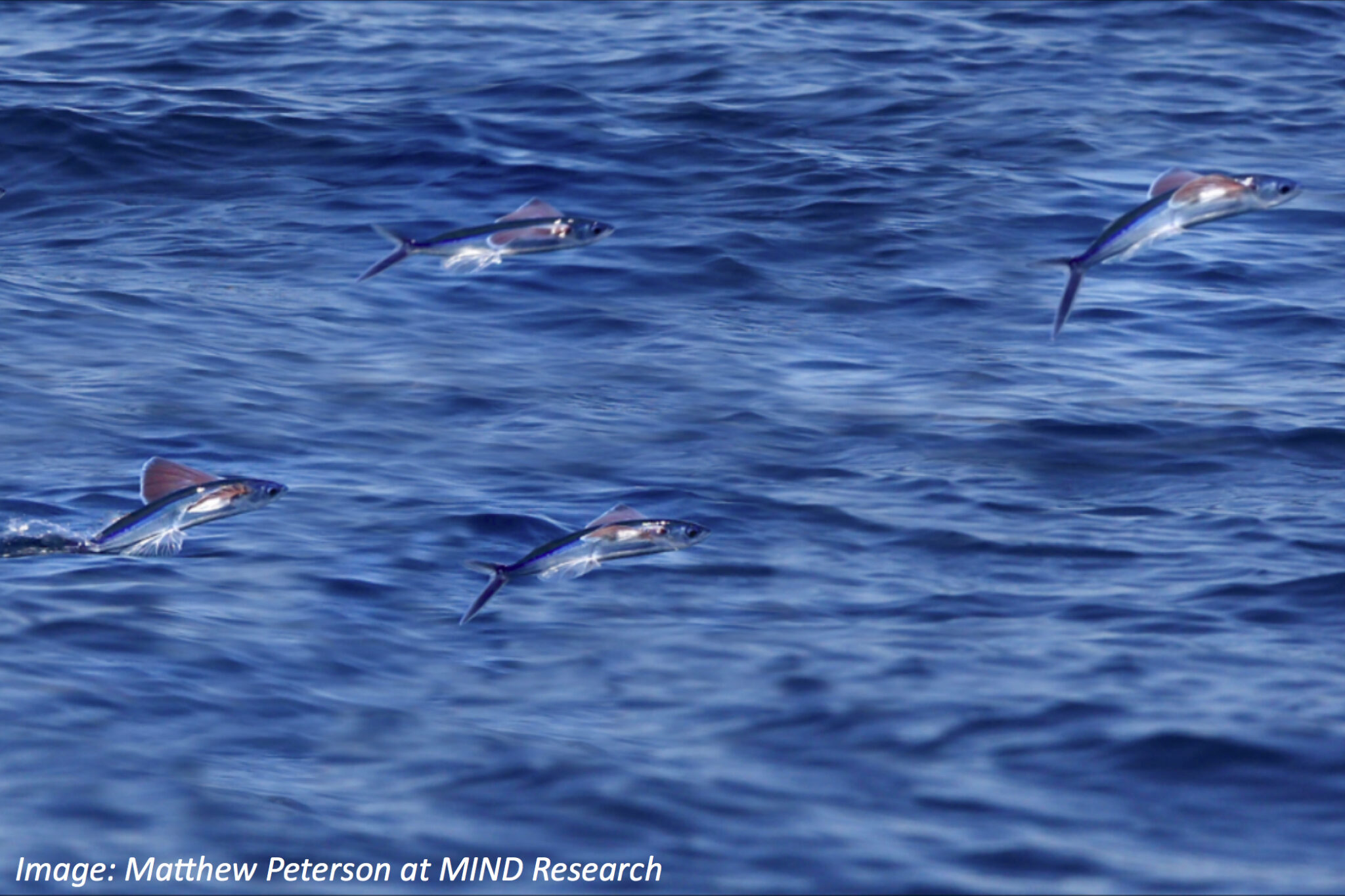 Having reached speeds that sometimes exceed 35 miles an hour, they finally launch themselves into the air. Flights last from about ten seconds to as long as thirty seconds and may carry the fish 650 feet or more.

Flying fish species range from about 5 inches to 20 inches in length. They are often good eating, and one technique of fishing for them relies on their attraction to light.

A fisherman may simply anchor a canoe with a foot or two of water in it and a lantern hanging over it. The next morning, the boat may be full of fresh fish trapped in water too shallow for them to make a takeoff.