Why Do Spacecraft Burn Up When They Re-Enter the Earth’s Atmosphere?

The cooling effect on your skin has little to do with the evaporation of perspiration, in case that’s what you were thinking.

That effect peters out as soon as there is enough wind so that all the perspiration has already evaporated. A strong wind cools us because the moving stream of air molecules carries off heat from our bodies; the faster it passes by, the faster it takes away heat. The moment your skin heats up an adjacent air molecule, it is whisked away, carrying your hard-earned body heat along with it. Clothing protects you largely because it keeps those thieving air molecules from skimming alongside your skin.

As to the space shuttle: The first thing you have to do is to forget about friction, the word that newspapers and magazines invariably use to “explain” the heat of atmospheric reentry. Friction comes from the rubbing of two solids together. For gases, the word is meaningless. The molecules of a gas are so far apart, with so much empty space between them, that a gas is thoroughly impotent at “rubbing” against anything. 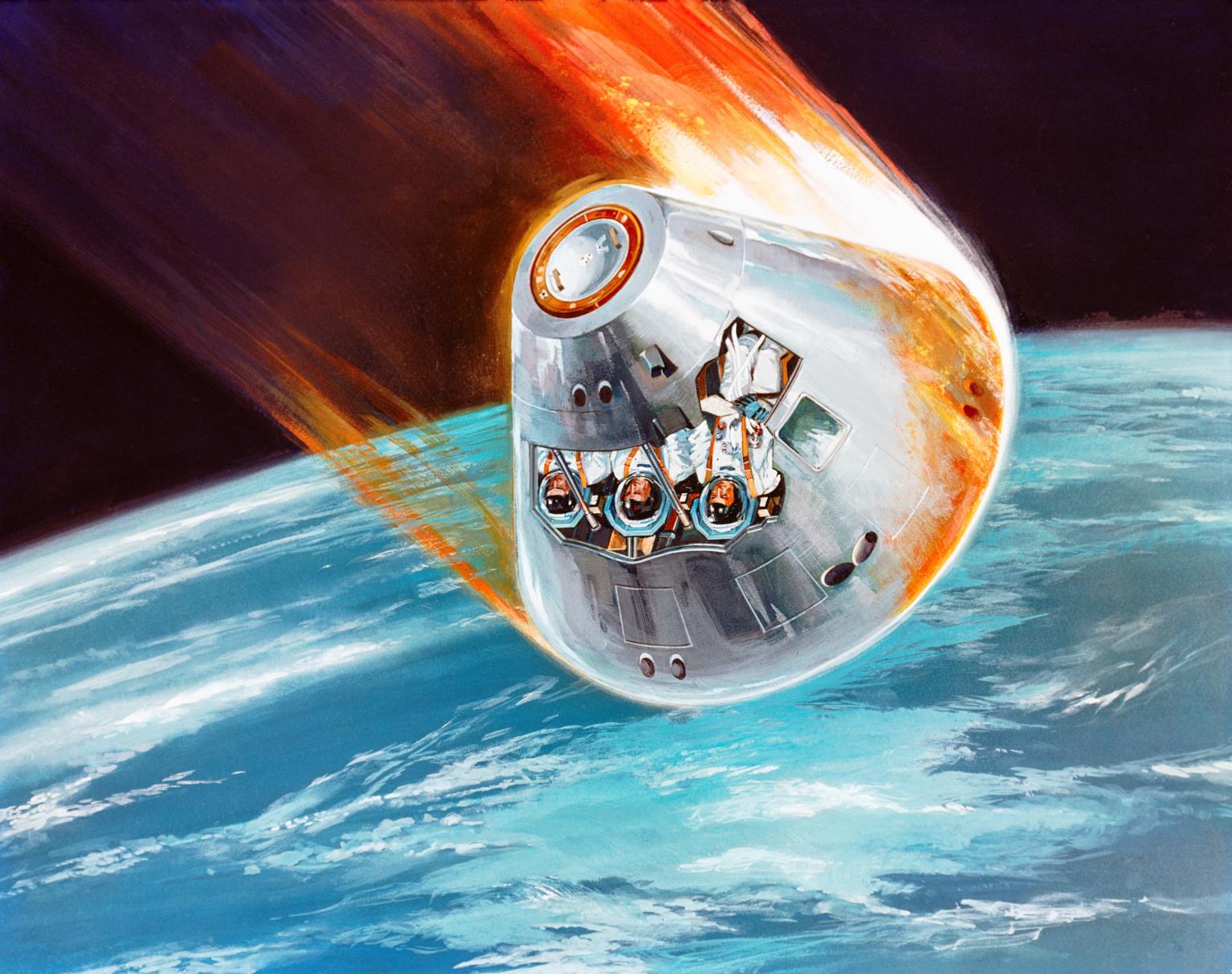 The only thing that gas molecules can do is to fly around and collide randomly with objects, like a horde of house flies dashing themselves madly against the display cases in a manure museum. (Sorry about that, but it describes exactly how gas molecules behave.)   The air is much colder and thinner at about forty miles up, where the heating of a reentry vehicle really begins to get serious.

But when the “wind” is whooshing past the shuttle at around eighteen thousand miles per hour, which is the speed at which the vehicle enters the atmosphere, we have quite a different situation from earthbound zephyrs. At eighteen thousand miles per hour, the shuttle is actually moving much faster than the individual air molecules are as they flit randomly about. The average flitting about speed of molecules is essentially their temperature.

The result is exactly the same as if the shuttle were standing still and the air molecules were bombarding it at their regular speed plus eighteen thousand miles per hour. That makes a total molecular speed that is equivalent to a temperature of several thousand degrees. The shuttle, then, feels as if it were being exposed to air at a temperature of several thousand degrees. If it hadn’t been covered with a highly heat resistant ceramic material that uses up energy by melting off, it would indeed burn up like a meteorite. (And yes, that’s why meteorites burn up.)

Even ceramics, however, cannot long endure at such high temperatures. Fortunately, the leading edges of the space shuttle are preceded by a shock wave, a layer of air molecules that pile up because they simply can’t get out of the way fast enough. This layer of air acts as a front bumper on the vehicle.

It soaks up the brunt of the heat energy by breaking down into a glowing cloud of atomic fragments and electrons, what scientists call a plasma. That’s what makes the V-shaped “prow wave” that you see in those tele-photo pictures on TV.