Icebergs are pieces of ice that break off glaciers or polar ice sheets and drift in the water with ocean currents. Icebergs are being formed continually, and are not rare at all.

In fact, they’re so numerous that each year more than a thousand icebergs drift all the way down to the temperate zones. Large icebergs have been seen as far south as Florida.

Some icebergs last for a long time before melting. One island in the Arctic Ocean, known to explorers for over 20 years, turned out to be just a huge piece of ice! 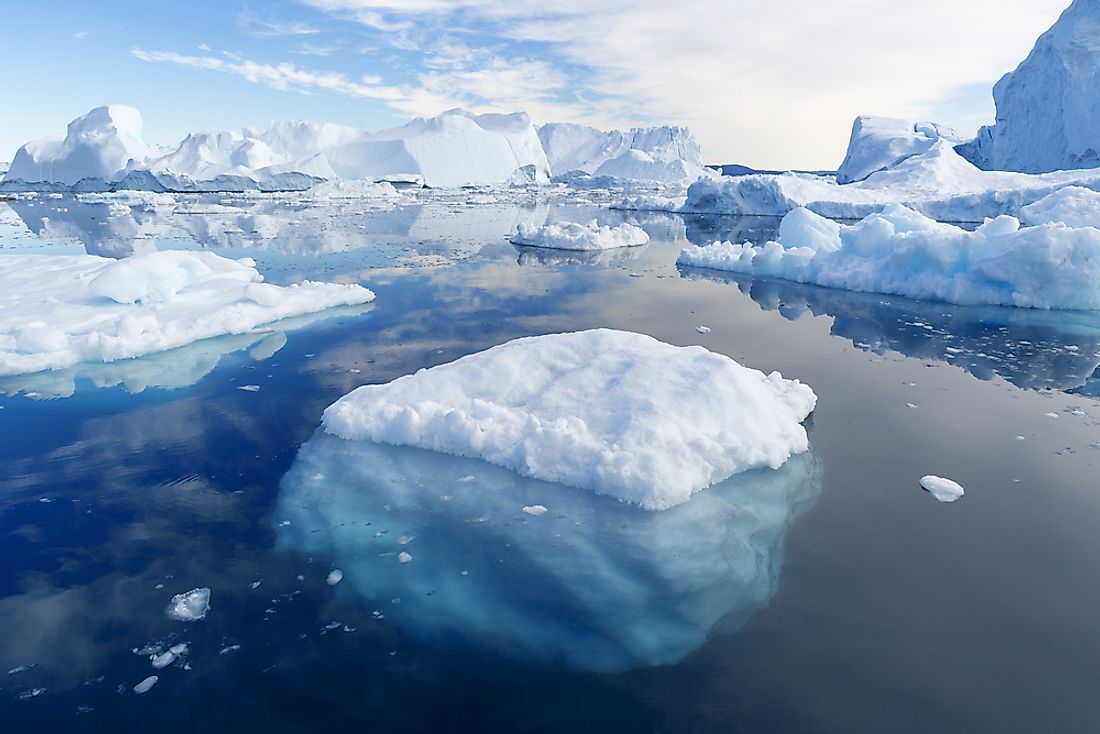 The tallest iceberg ever measured reached 550 feet above the surface of the water, an indication that about 4,950 feet of it was under water!