Can the rubber tires of my bicycle offer the same protection from lightning as a car’s rubber tires?

No. It’s true that a car is a relative safe haven during a lightning storm, but it’s not because of its rubber tires.

As a matter of fact, rubber offers no significant insulation whatsoever from lightning.

Cars work as an okay shelter from lightning storms because the metal frame will tend to attract lightning and conduct its electricity through the metal and around the passenger compartment, as long as you don’t touch metal and keep your windows closed. 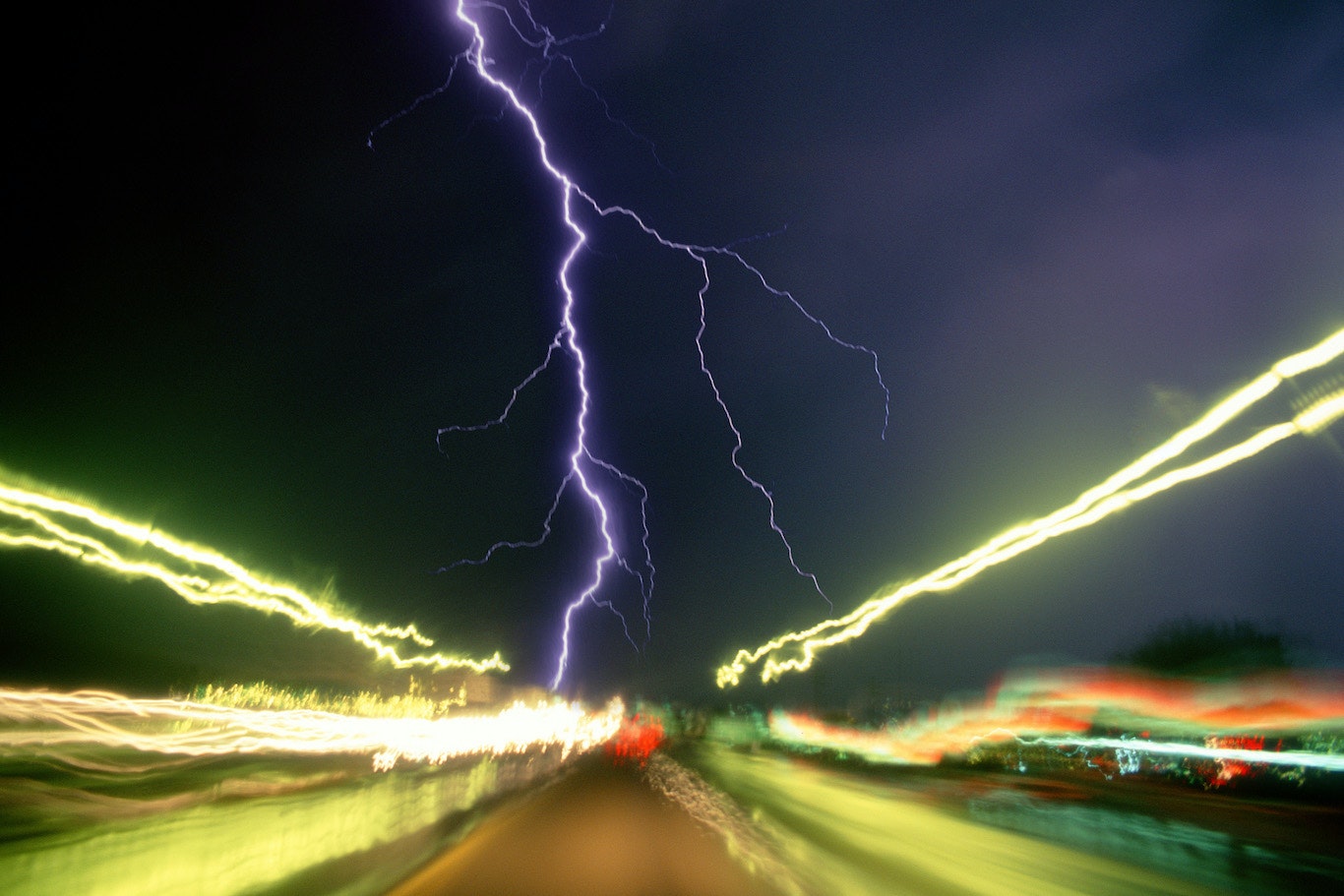 The same concept applies to a bicycle. Well, everything except keeping the rider safe. If a lightning bolt hits your bicycle frame with you sitting on it, you will find yourself very painfully part of the circuit.

If you’re on a bicycle when a lightning storm hits, the best thing to do is get off, park it some distance from where you’re going to be crouching duck-and-cover style, and hope that the lightning chooses it instead of you, if such a choice is to be made.