Why Do Some Birds Steal Food From Other Birds?

Nobody likes to think that something as beautiful as a bird can also be a thief, but it is true. Many birds steal food from other birds.

Quite a few different kinds of birds steal from other birds. In fact, a good part of the food that a bird needs for survival is obtained by stealing.

They dip into the waves and most often come up with a fish. Jaegers and skuas are predatory seabirds but are not too good at fishing. They will fly behind a gull who has a fish and pester him, even nip at his feathers, in an effort to get him to drop the fish, which they will then catch and eat. 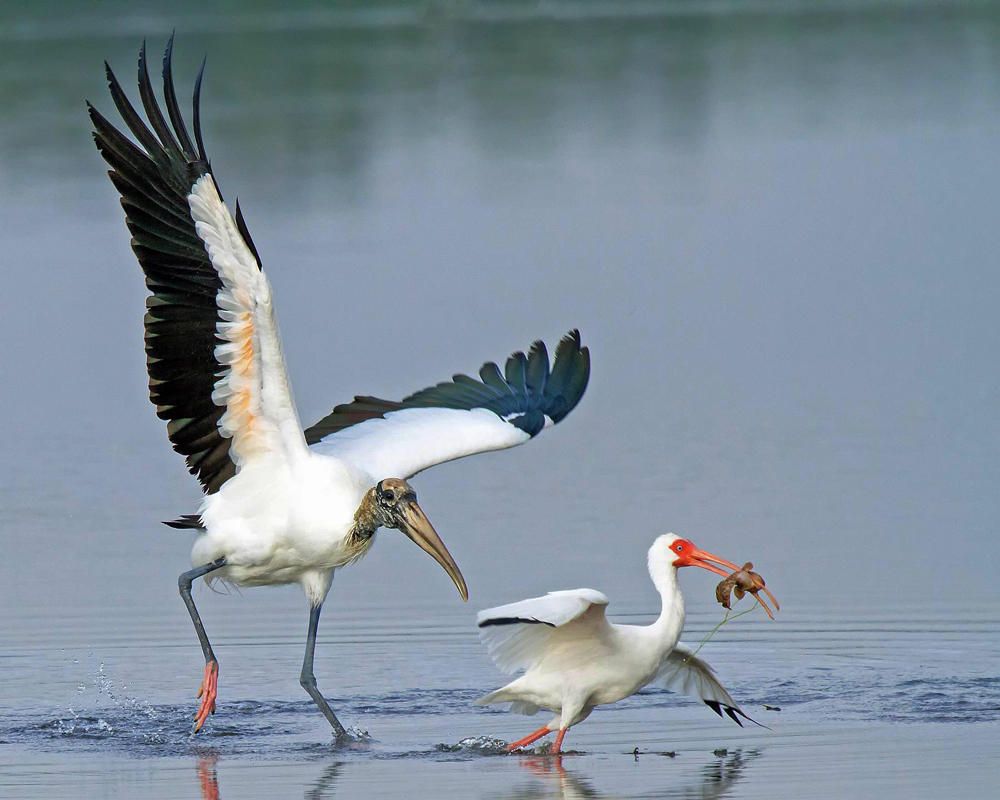 The gulls often rob terns, who are wonderful fish catchers. The bald eagle will steal from the osprey. Large hawks steal food from their smaller cousins. Starlings and house sparrows both try to steal worms from robins and are frequently successful.

Blackbirds have been seen trying to steal snails from thrushes. It seems that in the world of birds, many citizens live a life of crime.