How Did Goldfish Become Pets?

Goldfish are small, colorful fish related to the carp. In nature, goldfish are usually greenish-brown and not gold. But some fish lack dark pigment, and they’re gold-colored.

Originally, goldfish were found in China, mainly in rivers, lakes, and ponds. The Chinese liked the looks of the gold-colored fish, and began to breed them for use in garden ponds. These goldfish found their way to Japan, and in the 18th century they reached Europe, where they became popular as pets.

If goldfish escape from captivity and return to rivers and ponds, their offspring lose their gold color and turn greenish-brown again.
Most of the goldfish kept in the home are less than three inches long, but a goldfish in a pond can grow to a length of 12 inches! 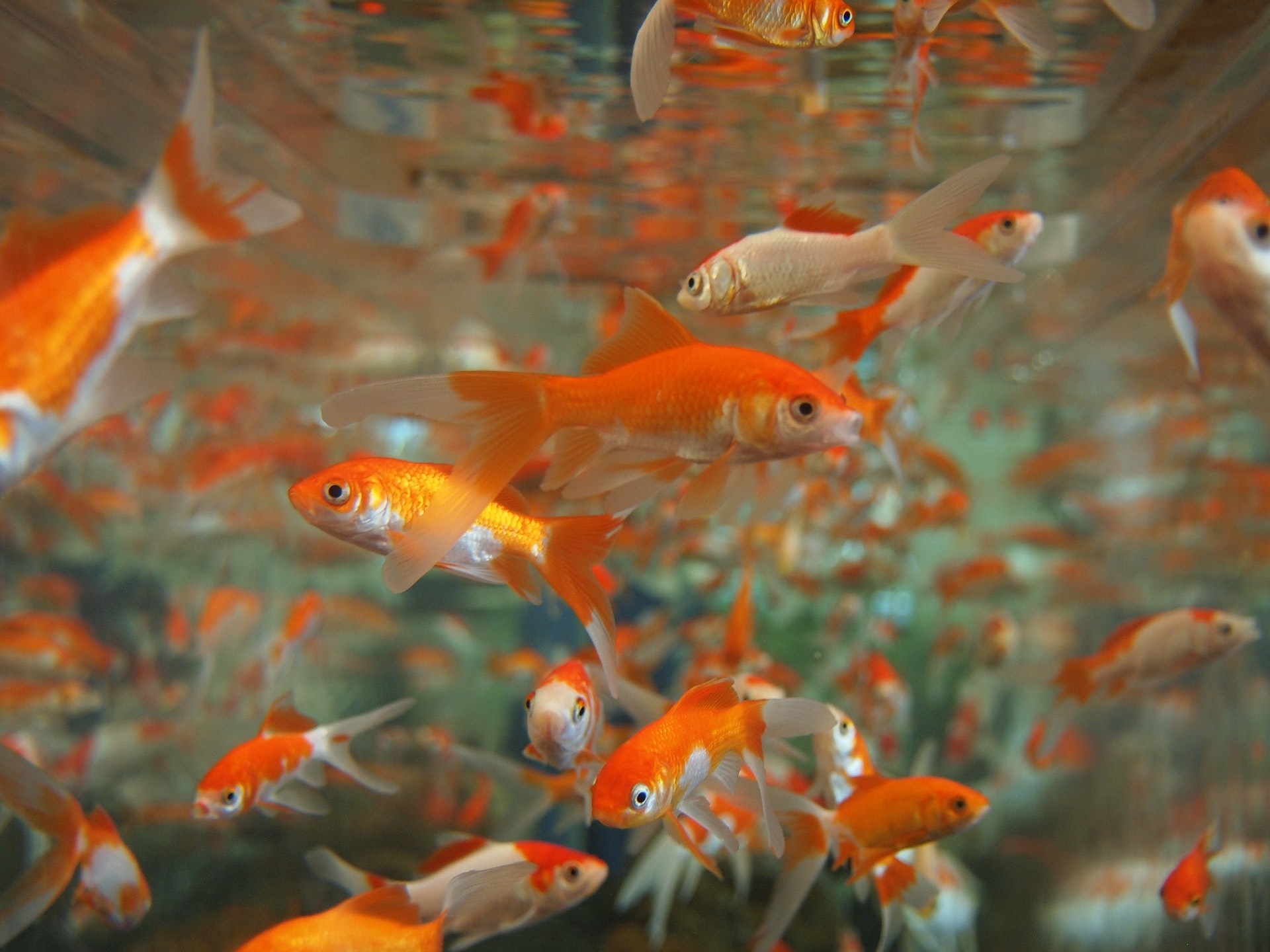 Some goldfish live more than 30 years!