English writers of the sixteenth century correctly called this American creature a lagarto, for that was the Spanish name for this huge saurian, “lizard.” 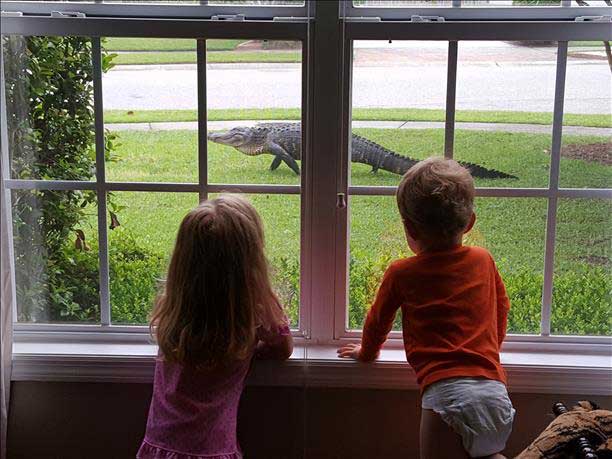 But because Spaniards, like Arabs, are accustomed to put the definite article al before a noun, al lagarto, the lizard, careless English writers assumed that this was a single word, allagarto.

This became further corrupted in the seventeenth century to allegator, and the present spelling “alligator” became established in the early eighteenth century.