How did Wednesday get its name and Where does the word “Wednesday” come from?

Chief among the gods of the Scandinavian peoples was Odin.

It was he, with the aid of his two brothers, who created the world out of chaos and who ruled the heaven and earth. His throne was in Valhalla.

There, as the god of war, he received all those who were slain in battle, and there they fought and feasted according to the pleasures they had most enjoyed on earth. 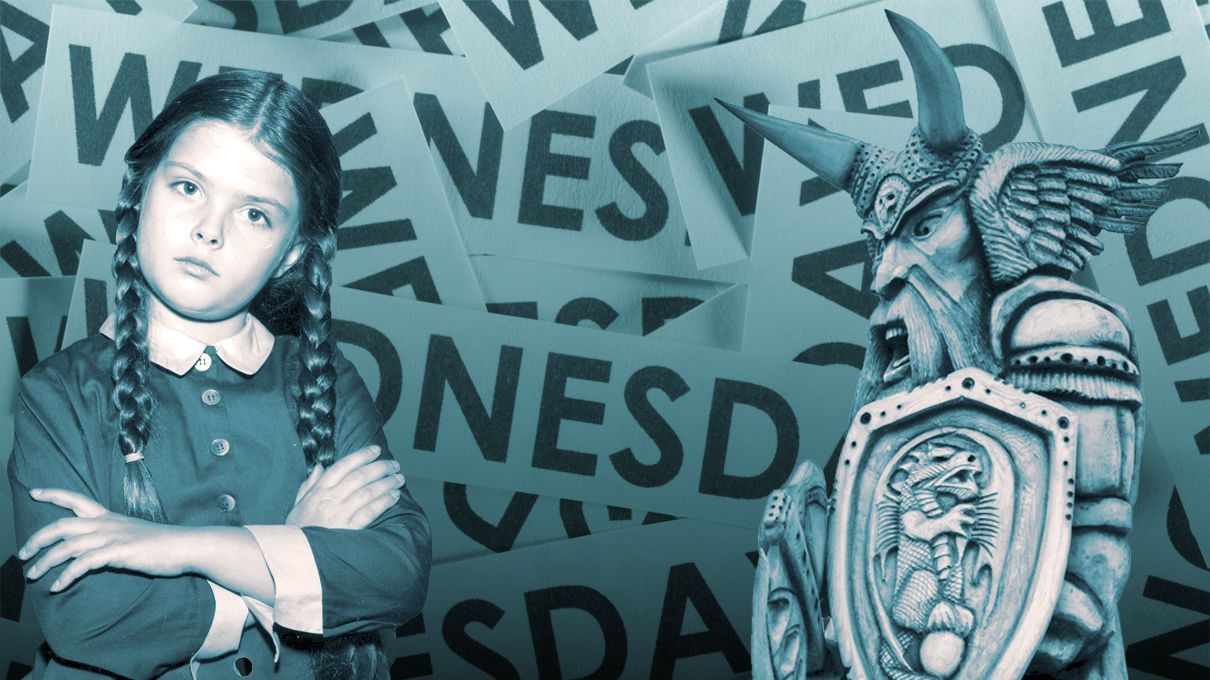 Odin was also the god of wisdom and learning, which he had obtained, at the sacrifice of one eye, by drinking from the fountain of Mirmir. His wife was Frigg, goddess of marriage.

In the Icelandic sagas, from which most of our knowledge of Scandinavian and Teutonic mythology is derived, Odin is represented as an old man, whose greatest treasures were his spear, known as Gungner, which never failed to hit its mark, his eight-footed steed, Sleipnir, swift as the winds of heaven, and his broad ring of red gold, Draupnir, made in the form of a snake, from whose mouth, every ‘ninth night, a similar ring was dropped.

In the early mythology of England, the name of this god was Woden.

In naming the days of the week after the Roman system, his name was substituted for the Roman dies Mercurii (day of Mercury) as the name of the fourth day.

In Old English, accordingly, the name was Wodensdaeg (day of Woden), which has gradually shifted to our present Wednesday.

The pronunciation, “wenzday,” is a survival from the fourteenth and fifteenth centuries when the word was variously spelled, Wensday, Wenysday, Wonesday, and Wanysday. (See also SATURDAY.)