How do Bacteria Survive in Boiling Water and Does making Soup kill all the Bacteria in the Stock?

Not all bacteria are killed at 212°F (100°C ). Some of them can survive by protecting themselves within virtually invulnerable coatings. They’re then called spores.

Most species of bacteria reproduce by binary fission, each organism splitting into two whole new organisms. That’s why they can grow at exponential rates. Once they get started, bacteria can increase their numbers from, say, 5,000 to 10,000 to 20,000 to 4o,000, and so on, doubling as often as every ten minutes, until they can reach as many as 10 billion in every milliliter (one-thirtieth of an ounce) of your soup or stock by the time they run out of nutrients. 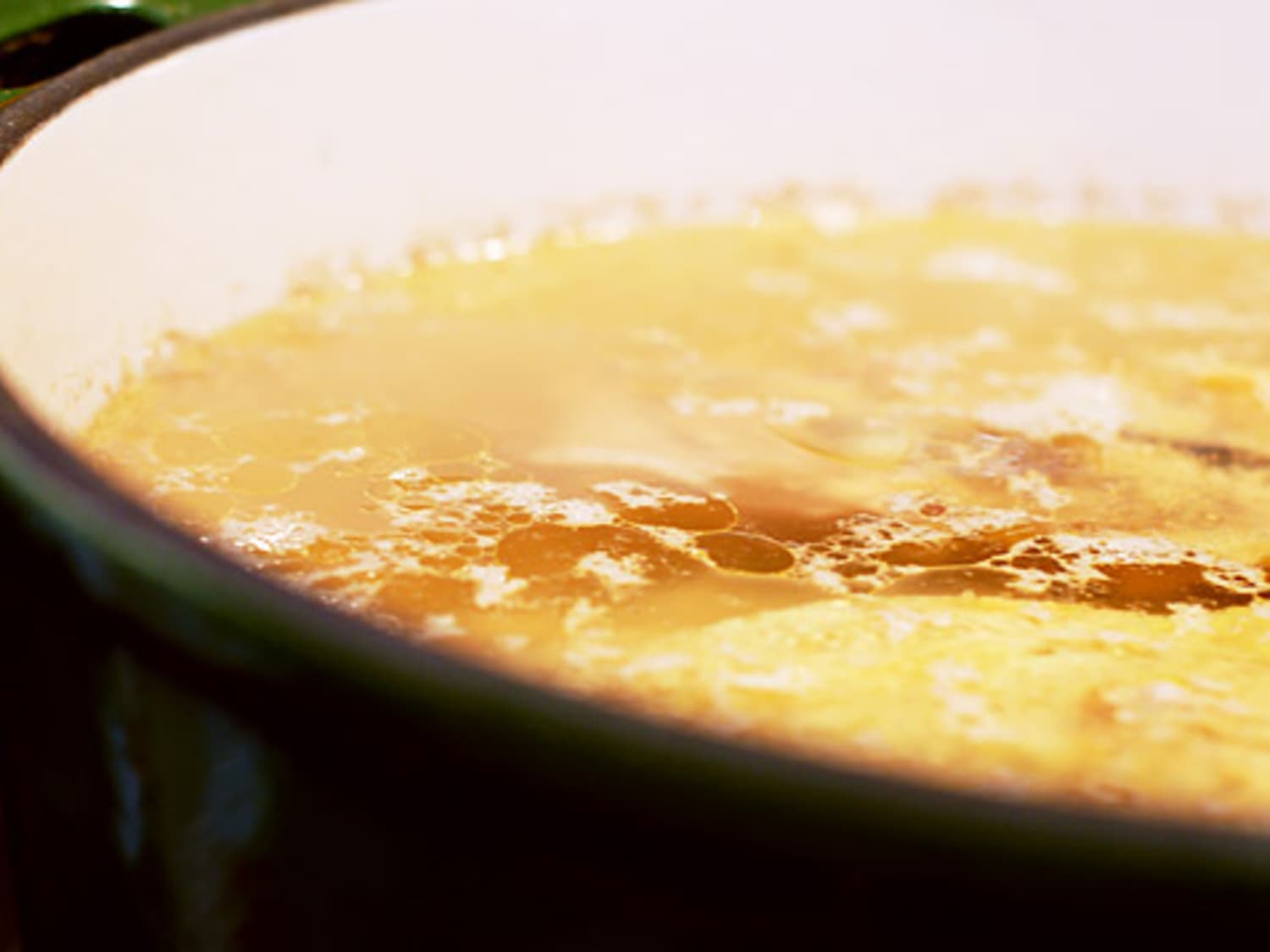 A common pathogenic genus of spore-forming bacteria found in soil, water, and the intestinal tracts of humans and animals is Clostridiurn, especially the species C. perf ringens , which is a major cause of food poisoning, and the much rarer C. botulinurn, which produces botulin toxin, one of the most potent poisons known. Clostridiurn bacteria don’t need oxygen to live; in fact, they can’t survive in air, so the interior of a pot of stock is a perfect growth environment for them.

To kill spores, temperatures significantly higher than 212°F (100°C ) are needed. That’s why medical and surgical equipment is sterilized in an autoclave, a sort of pressure cooker. Under higher pressures, water boils at higher temperatures. Pressure cookers and autoclaves are closed containers in which the steam pressure from boiling water builds up enough to raise the boiling temperature to about 250°F (141°C), high enough to kill most bacterial spores.

I have traveled in quite a few countries in which my American stomach was unaccustomed, and therefore vulnerable, to the local, shall we say, wee little beasties that can be found in food. I stuck as much as possible to deep-fried foods (which are often the best local snacks anyway), because oil at 35o°F (177°C) will kill almost anything.

The inside of a food can is an excellent oxygen-free breeding place for Clostridiurn spores. That’s why, after being filled and sealed, canned foods are sterilized by being heated in high-pressure steam kettles or cookers at temperatures of 240 to 250°F (116 to 141°C). If the sterilization isn’t complete and live bacteria grow in the can, they produce hydrogen gas, which can cause the can to bulge.

So if the end (the weakest part) of a food can bulges or buckles even slightly when you press on it, use the can to practice your shot-put into the nearest landfill.