How Do Bees Make Honey and How Do Bees Protect Honey Against Bacteria and Microorganisms?

Honeybees collect the nectar secreted by flowers to attract pollinating insects and convert it to honey through two chemical changes and one physical change.

The changes add up to a product that is digestible by bees or humans, easy for the bees to store and free of microorganisms that can cause spoilage, like bacteria or yeast.

The nectar is largely water and sucrose, a sugar with twelve carbon atoms. 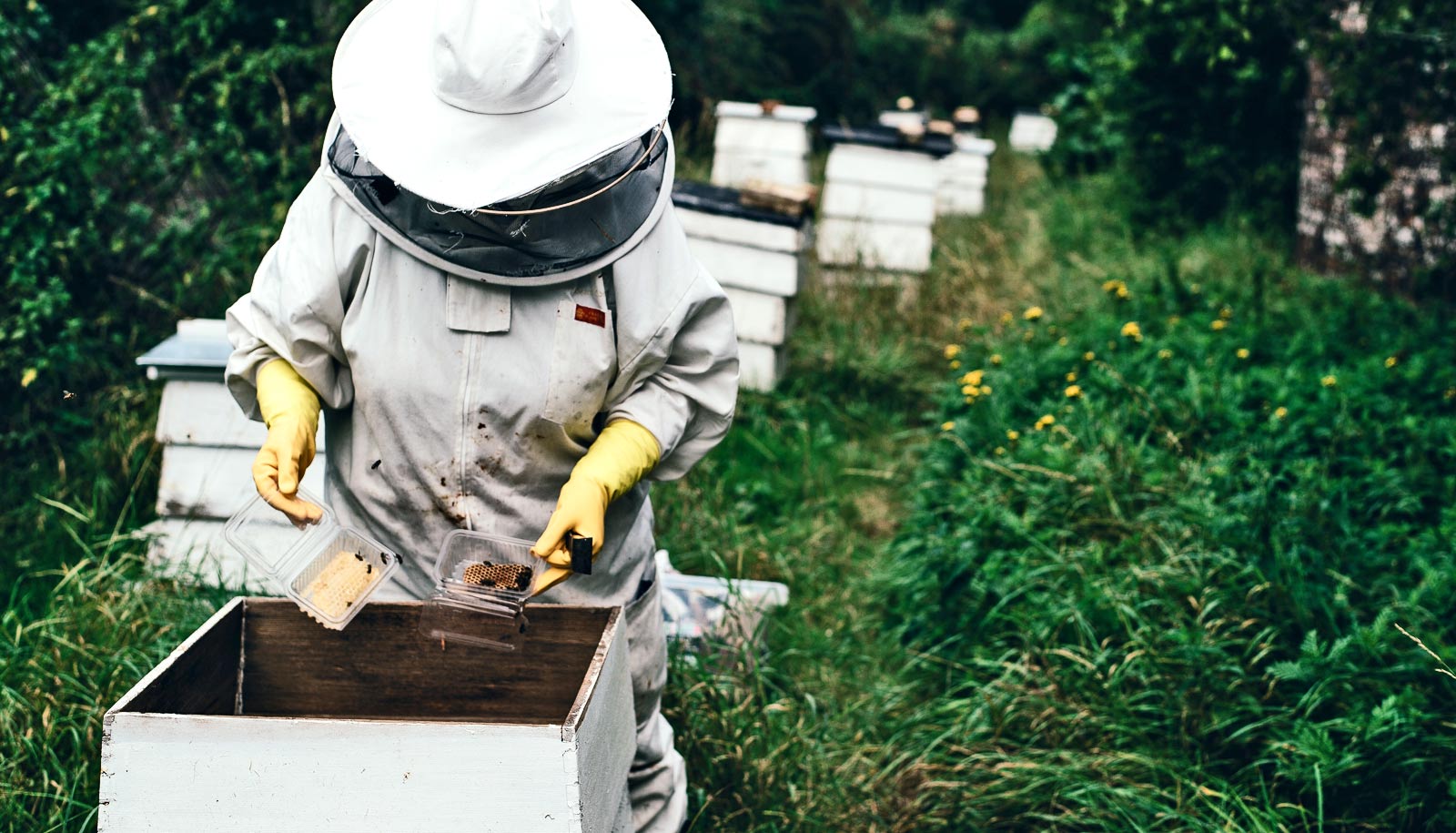 A second enzyme, glucose oxidase, converts a very small amount of the glucose into gluconic acid, which makes honey as acidic as wine or vinegar.

The very low pH protects the honey against bacteria. Both enzymes come from glands in the heads of the bees.

The bees also use something like a factory process to reduce the water content of the honey to 18 percent or less.

They spread droplets of it throughout the hive and fan their wings to move large amounts of air over it. The water reduction saves storage space and creates a high osmotic pressure.

This strong absorptive power of the condensed honey further protects it because microorganisms shrivel and die as water flows out of their cells into the surrounding honey.

If the stored honey becomes diluted, the glucose oxidase is reactivated to produce hydrogen peroxide, which also kills microorganisms.