How Do Microwaves Cook Food From the Inside Out?

What is friction? When you rub the surfaces of two objects together, they’ll resist slipping and sliding to some extent, and some of the muscle energy that you’re applying to overcome that resistance shows up as heat.

And what is heat? It’s just molecular motion. What microwaves do is make certain molecules move, and once they’re moving, they’re hot, period. No rubbing is involved, whatever on earth “rubbing” is supposed to mean for a molecule. What do you rub it with? An atom on a stick?

What about cooking from the inside? Sure. Let’s take three hundred pounds of ground beef, shape it into a giant meat loaf and tuck our oven into the middle of it, leaving the cord hanging out. Then we’ll plug it in and push the ON button with a broom handle. That’s the only way we might get a microwave oven to cook food from the inside. 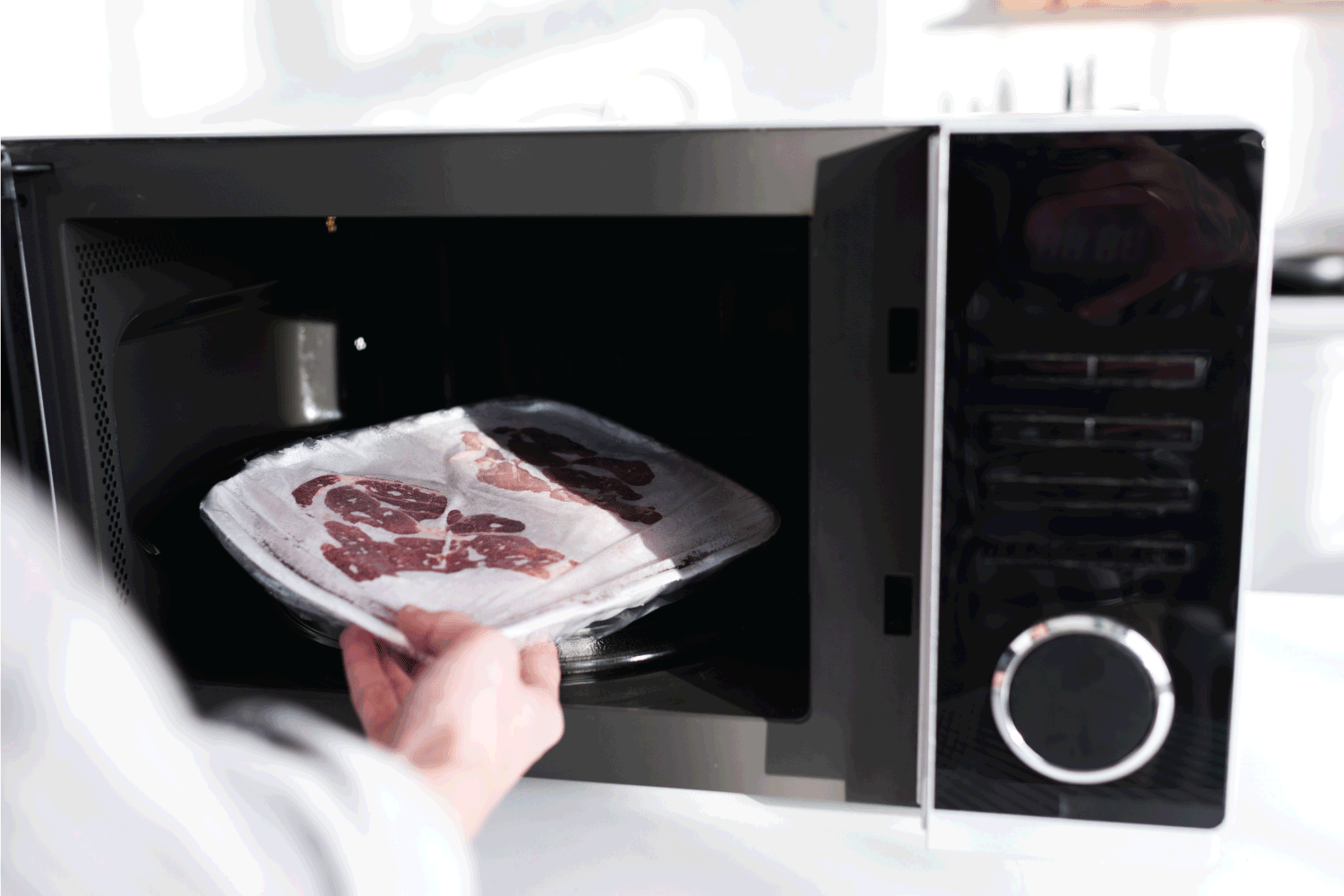 The heat in an ordinary oven does indeed have to work its way in from the outside of the food, cooking as it goes; that’s why the center of a roast is rarest. The heat has to penetrate by conduction, hot, fast-moving molecules banging into slower-moving molecules, and that can be quite a slow process; meat and potatoes are pretty poor conductors of heat.

Microwaves also have to enter from the outside, but they penetrate instantly. They’re electromagnetic radiation, like the various wavelengths of light and radio waves. In fact, they’re nothing but very-high-frequency radio waves, oscillating at a frequency of about two billion cycles per second (two thousand megahertz), which is about twenty times the frequency of the FM radio band.

Microwaves will pass right through most materials without being absorbed until they encounter molecules that happen to be good absorbers of energy at that particular frequency. Usually, this means that they’ll penetrate an inch or two (several centimeters) into a chunk of typical food, heating and cooking as they go—the more absorbing-type molecules in their path, the more heating.

What are these microwave-absorbing molecules? Water is by far the principal one, and since all food contains water, all food will absorb microwaves to some extent. Fats are another fairly good microwave absorber, with carbohydrates and proteins coming in a poor third and fourth. So the portions of your meal that are moister and fattier will get the hottest. It then remains for conduction to distribute that heat to the rest of the dish. That’s why the zapping instructions often tell you to let the food stand for a few minutes before uncovering it; that lets the steam and hot fat distribute their heat throughout the dish.

This makes for some exceedingly lively molecules, that is, some exceedingly hot molecules. And while they’re flip-flopping, they’ll jostle their neighbors, polar or not, making them hot also. The molecules of air (nitrogen and oxygen) and the molecules of paper, glass, ceramics, and all those “microwave-safe” plastics are electrically uniform. They’re not polar, so they don’t flip-flop and don’t absorb microwave energy.

Metals are quite another story, however. They reflect microwaves like a mirror (radar waves are microwaves; airplanes and speeding autos reflect them), and will keep them bouncing back and forth inside the oven until the energy builds up to an alarming, even a spark-producing, degree. Except in the form of little pieces of thin foil, metal is a strict no-no in a microwave oven.

Oh, the humming and whirring? That’s just a metal fan blade that scatters the microwaves uniformly throughout the box.