How do Statues of Men on Horses Tell How the Rider Died and What are the Various Depictions?

An equestrian statue is a statue of a horse-mounted rider, and the term comes from the Latin word “eques”, meaning “knight” and a derivative of “equus”, which means “horse”. 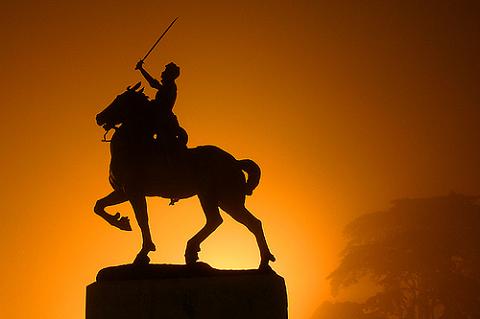 Statues of horse and rider are exclusively of monarchs or great warriors and are usually found in places of honor.

The tradition is that if the horse is depicted with all four hooves on the ground, the rider died of natural causes.

If one hoof of the horse is raised, the rider’s death came later from wounds incurred during battle, and if two hooves are in the air, the rider portrayed in the statue died on the battlefield.