How do they make glass windows so flawlessly flat?

Making nearly perfect glass long eluded human ingenuity, as witnessed by the panes in old houses, in which imperfections in the thickness and surface create a subtle “fun house mirror” effect, distorting what you see outside.

The ancient Romans never figured out how to make sheet glass for windows. They did try molding window glass and then grinding and buffing it, but the results were very expensive and not very good. They didn’t progress much further, in large part because in their climate, they really didn’t need windows, anyway.

Necessity bred invention in much cooler Germany, and the glass window was invented there about A.D. 600. They’d blow a large sphere and wave it around so that it elongated into a hollow cylindrical shape. The glassblower then quickly sliced the cylinder open and flattened the glass onto a metal table. 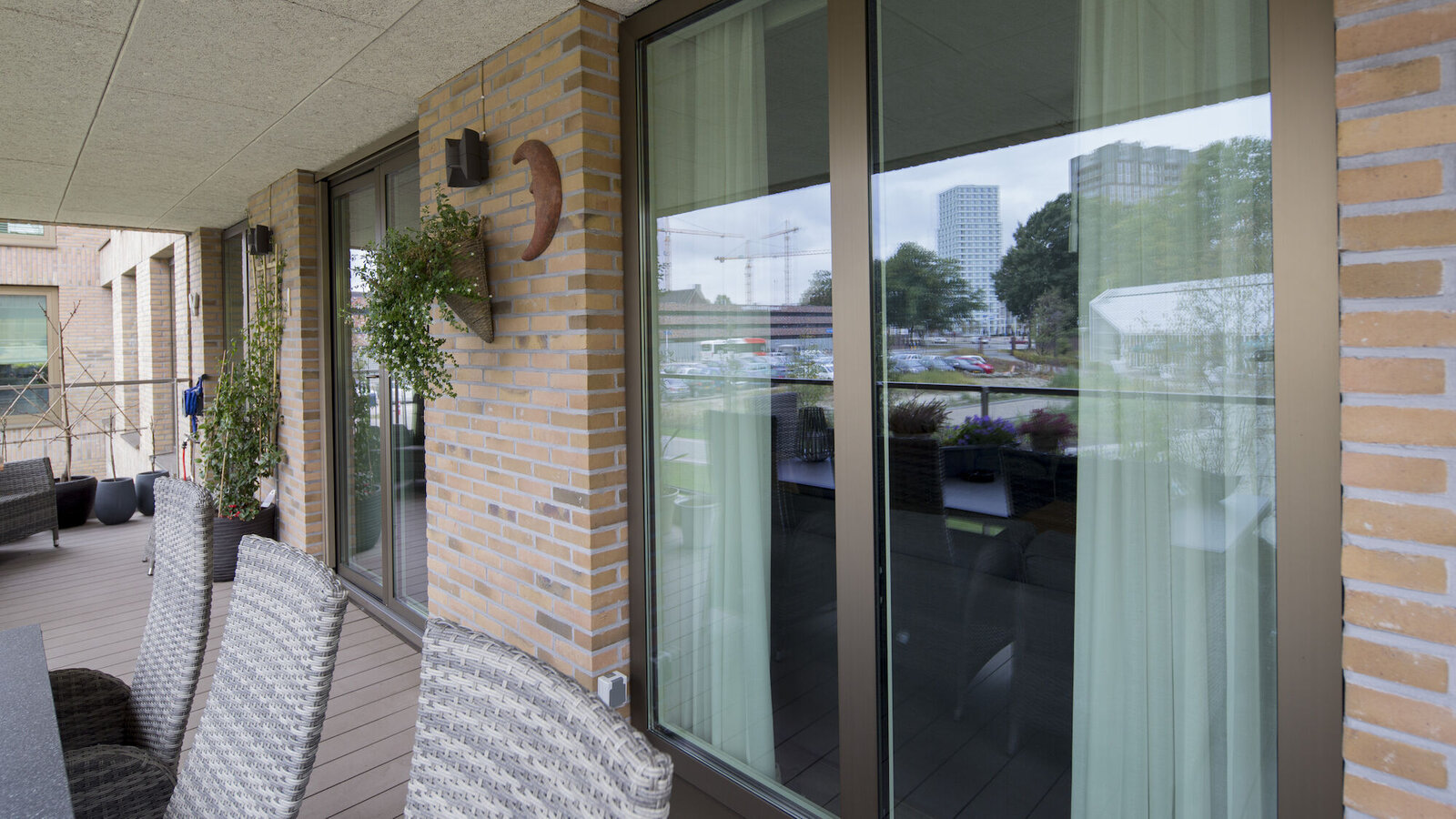 However, this glass was thick and hard to see through clearly, so Norman glassmakers came up with a clever method of making much thinner windows that was the state of the art until the late nineteenth century. Although thin, these glass sheets were invariably thicker at one end, leading to the urban myth that glass is a liquid.

Using about nine pounds of molten glass, the glassmaker blew a shape that looked like a huge Florence flask (a scientific beaker with a round body and straight neck on top). Then he’d attach a metal cap to the center of the round end, flatten the flask into a decanter shape, attach a metal rod called a punty to the metal cap, and remove the blow pipe, leaving a hole.

Now the real fun began: the glassmaker spun the punty rod inside a flashing furnace. To quote an 1860 account by college professor Sheridan Muspratt:

The action of heat and centrifugal force combined is soon visible. The nose of the piece, or hole caused by the removal of the blowing pipe, enlarges and the parts around cannot resist the tendency.

The opening grows larger and larger; for the moment is caught in a glimpse of a circle with a double rim; the next moment, before the eyes of the astonished spectator, is whirling a thin transparent circular plate of glass.

The sound of the final opening of the piece has been compared to that produced by quickly expanding a wet umbrella. In this way a flat circular disc, sixty inches (five feet) in diameter is produced, of almost uniform thickness, except at the point of attachment to the punty and the glass at the edge of the disc is also in some cases a little thickened.

The cutting of a circle into rectangle sheets, must necessarily be attended with waste and confined to fairly small sizes.

Nowadays, however, making windows is a lot easier and more efficient. The method the glassmakers use is to float molten glass on top of a bath of molten tin. The glass hardens in a uniform thickness without coming in contact with anything solid, since tin melts at a lower temperature than glass.

As a result, the process creates panes that are flawless and smooth on both sides.