How Does Burping Contribute To Global Warming?

And what do you suppose happened to all the carbon dioxide in those beverages? It was ultimately released into the atmosphere by respiration and eructation, breathing and belching, to be plain-spoken about it.

On the traditional back of an envelope (scientists collect old envelopes for this purpose), I quickly calculated that 21.4 billion gallons of American beer and soda would contain about 800,000 tons of carbon dioxide. Wow! I thought, that’s one helluva collective burp. And that’s not even considering the chorus of harmonizing eructations from around the globe. 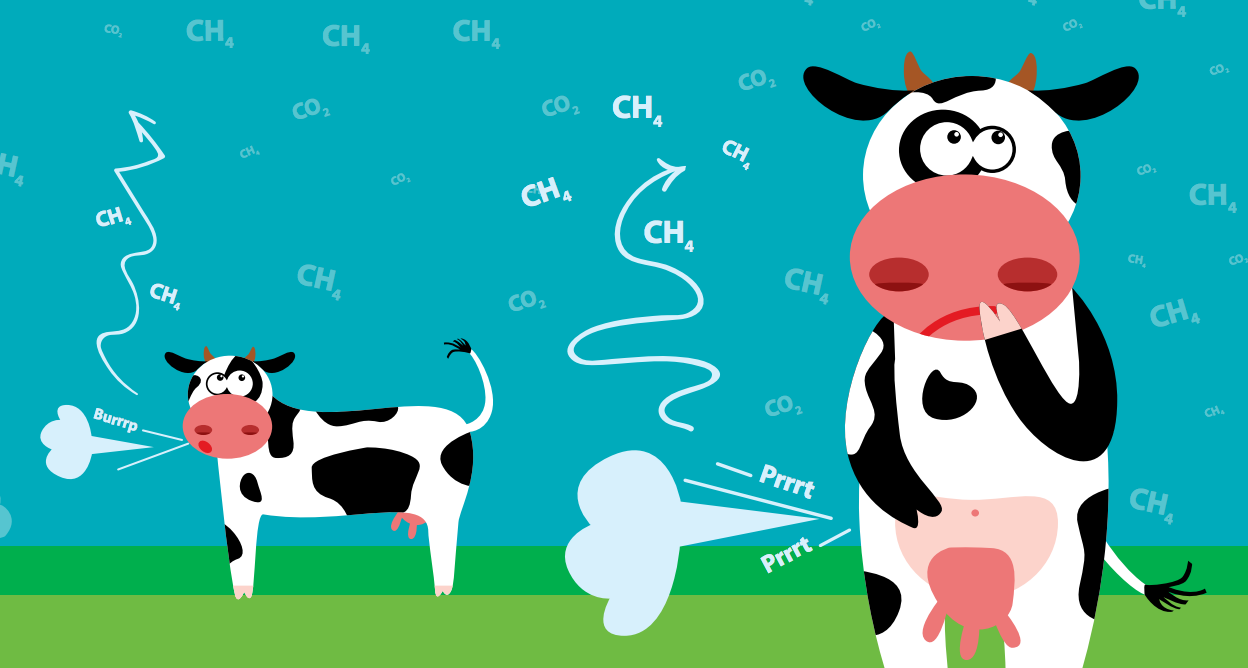 Why worry about carbon dioxide? It’s one of the so-called greenhouse gases that are acknowledged to be raising Earth’s average temperature. Granted, it hasn’t been easy to take the temperature of a planet.

But modern scientific analyses are infinitely more sophisticated than stationing people on street corners with thermometers. Today, there is very little doubt that carbon dioxide and other gases produced by human activities have indeed been inching up the global thermostat.

Here’s how the greenhouse effect works:

There is a natural balance of energy between the radiations that shine upon Earth from the sun and those that are re-radiated back out to space. When sunlight hits Earth’s surface, about two-thirds of it is absorbed by the clouds, the land, the sea, and George Hamilton. Much of this absorbed energy is converted, degraded in energy, to infrared radiation, often called heat waves.

Normally, a significant fraction of these heat waves bounce back out through the atmosphere and return to space. But if there happens to be an unnatural amount of infrared-absorbing gas in the atmosphere, and carbon dioxide is a prodigious absorber of infrared waves, then some of the waves will never get out; they’ll be trapped near Earth’s surface and warm things up.

So should we all stop drinking soda and beer for fear of belching more carbon dioxide into the atmosphere? Luckily, no.

According to the Department of Energy’s figures for 1999, the last figures available at this writing, 800,000 tons of beverage-inspired carbon dioxide emissions amounts to 0.04 percent of the amount of carbon dioxide that was belched into the American atmosphere by gasoline-and diesel burning vehicles. Our guzzling of carbonated beverages, then, is a mere burp in the bucket compared with our guzzling of gasoline.

So by all means keep on drinking. But don’t drive.