How Does the Greenhouse Effect Cause Global Warming?

The overall temperature of the Earth’s surface, averaged over all seasons and climates, depends on a fine balance between the amount of the sun’s radiation that comes down to us and the amount that is reflected or re-radiated out into space. About one-third of the sun’s energy that hits the Earth is reflected back out; the rest is absorbed by clouds, land, sea, and sunbathers. Most of the absorbed energy soon degenerates into heat, or infrared radiation, just as it does in the plants in the greenhouse.

Hanging over the Earth’s radiating surface is a transparent canopy, similar to the glass in a greenhouse. It isn’t glass, however. It’s a layer of air, the atmosphere. Like glass, the Earth’s atmosphere is quite transparent to most of the sun’s incoming radiations. 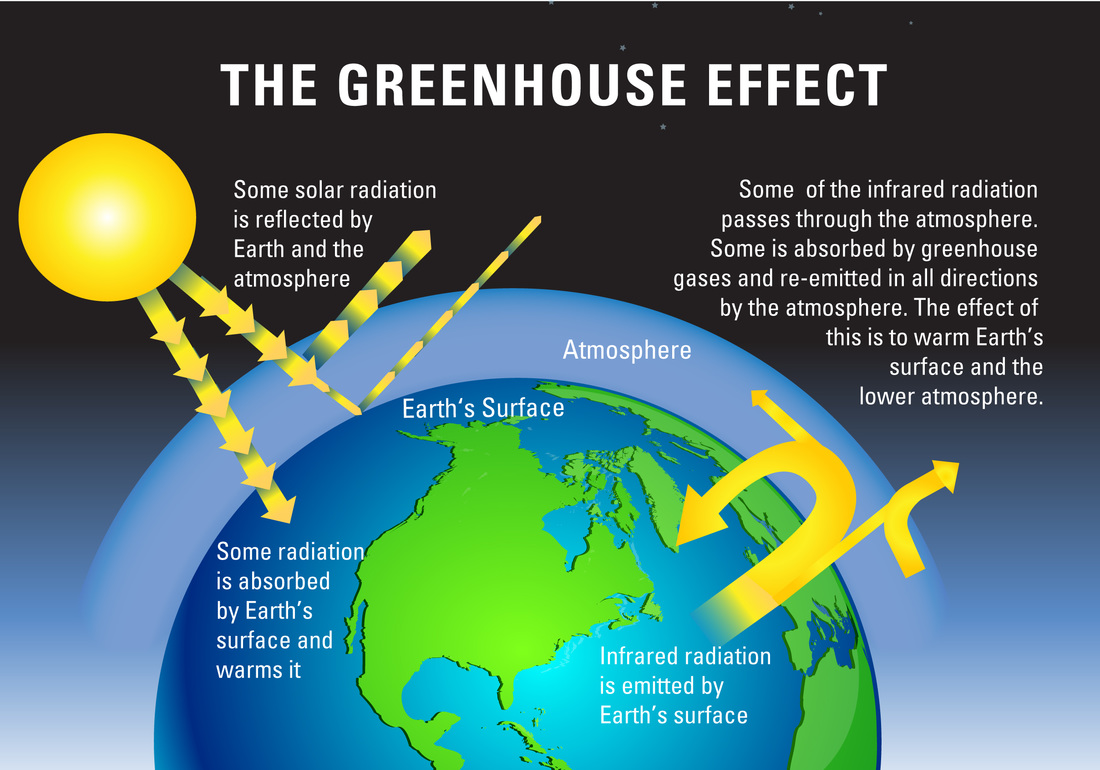 But certain gases in the atmosphere, mainly carbon dioxide and water vapor, are very efficient absorbers of infrared radiation. Just as the glass does in the greenhouse, these gases block the escape of some of the infrared radiation, trapping it down here near the surface. The Earth is thus somewhat warmer than it would be if there weren’t any carbon dioxide and water vapor in the atmosphere.

The Earth’s radiation-in and radiation-out processes are delicately balanced, so that our planet has stayed at pretty much the same average temperature over thousands of years. But recent human activities have been changing that. Since the industrial revolution began about a hundred years ago, we have been burning coal, natural gas, and petroleum products at an ever-increasing rate. When these fuels are burned, they put carbon dioxide into the air. The amount of carbon dioxide in the atmosphere has therefore risen about 30 percent in the past hundred years. More carbon dioxide means more earthbound infrared radiation and higher temperatures.

The amount of global warming that can be caused by a given amount of carbon dioxide in the atmosphere is hard to estimate. On one hand, the oceans and forests diminish the effect by soaking up carbon dioxide from the air.

On the other hand, the world’s huge rain forests are rapidly being devoured by logging and by burning, which compounds the problem by putting even more carbon dioxide into the air. Even though we may not be able to determine the specific amount of global warming caused by man made carbon dioxide, it has been pretty well established that the Earth’s average temperature has been rising unnaturally during the past hundred years, and that it may rise by 1.5 to 4.5 degrees Fahrenheit (0.8 to 2.5 degrees Celsius) over the next hundred years as the amount of carbon dioxide in the air doubles.

A temperature increase of only a few degrees could have catastrophic consequences. Slightly warmer Arctic and Antarctic climates would melt huge amounts of ice, raising the level of the oceans and inundating coastal cities all over the world. At the very least, there would be changes in global weather patterns, with significant consequences in food production and water supplies.

Our planet’s atmospheric greenhouse is apparently just as fragile as if it were actually made of glass.