The inner core of the Earth is believed to consist of an iron-nickel alloy, and may have a temperature similar to the Sun’s surface.

The existence of an inner core that is distinct from the liquid outer core was discovered in 1936 by seismologist Inge Lehmann using observations of earthquake-generated seismic waves that can be detected by sensitive seismographs on the surface of the earth. 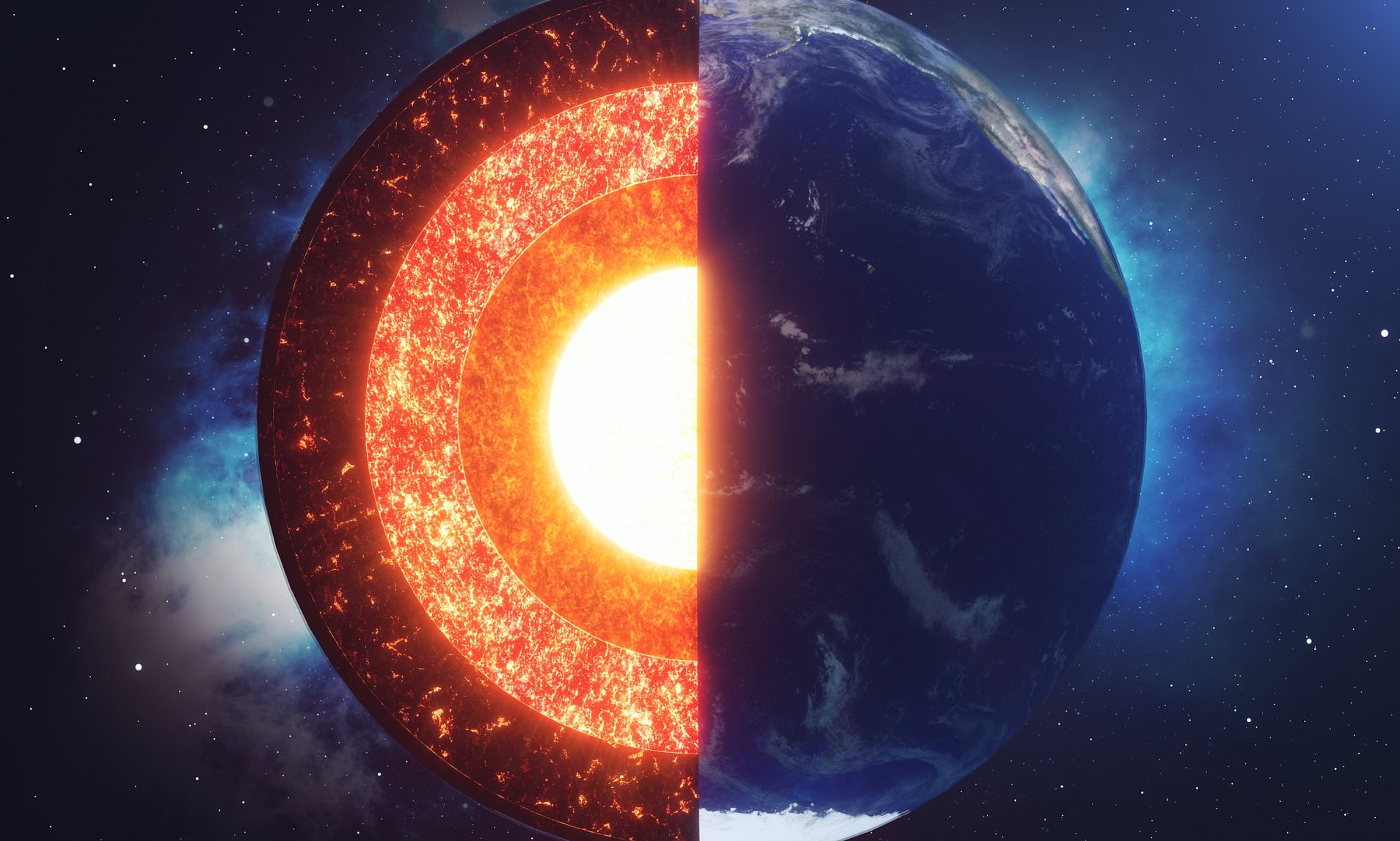