How Much of the Earth Is Covered By Desert and What Does the Word Desert Mean In Latin?

About one-third of all the land surface on earth is desert.

A desert is a region that receives a very low amount of precipitation, less than enough to support growth of most plants, and is defined as areas with an average annual precipitation of less than 250 millimeters, or 10 inches per year.

Many deserts are formed by rain shadows, which are mountains blocking the path of precipitation to the desert, and are typically made of sand and rock. 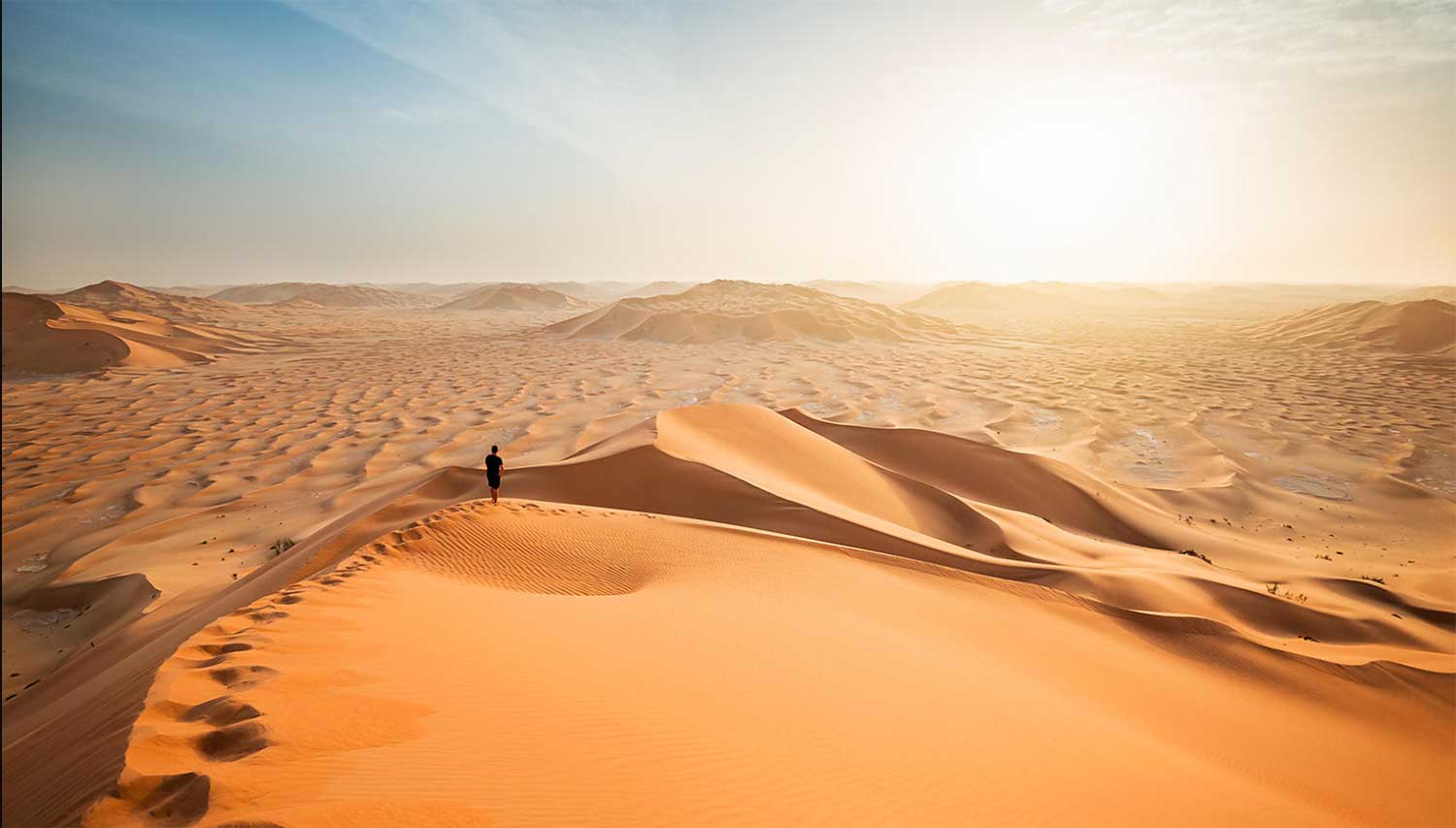 Deserts may contain valuable mineral deposits that were formed or exposed by erosion, and some deserts are ideal places for natural preservation of artifacts and fossils because of their dryness.

The word desert comes from the ecclesiastical Latin word “dēsertum”, which originally meant “an abandoned place”, and is a participle of “dēserere”, which means “to abandon” in Latin.