How safe is the food at a fancy Restaurant?

The people at the next table have just left, and their dirty dishes are being collected by the busboy, who was rubbing his cheek, or was it his nose?, on his way over to the table. He’s grabbing the knives, forks, plates, and glasses, piling them up along his arm for transport back to the kitchen. His fingers slide across the surface of the soiled plates as he picks them up.

You stare down at the tablecloth, thinking. You suddenly remember that the exterminator is coming tomorrow, and you have to leave the keys so the super can let him in. You wonder if they have exterminators come to this restaurant. To the kitchen. The kitchen where your dinner is being prepared. What would they be exterminating in there? Do they do the bathrooms, too? “Employees Must Wash Hands Before Leaving the Bathroom.” 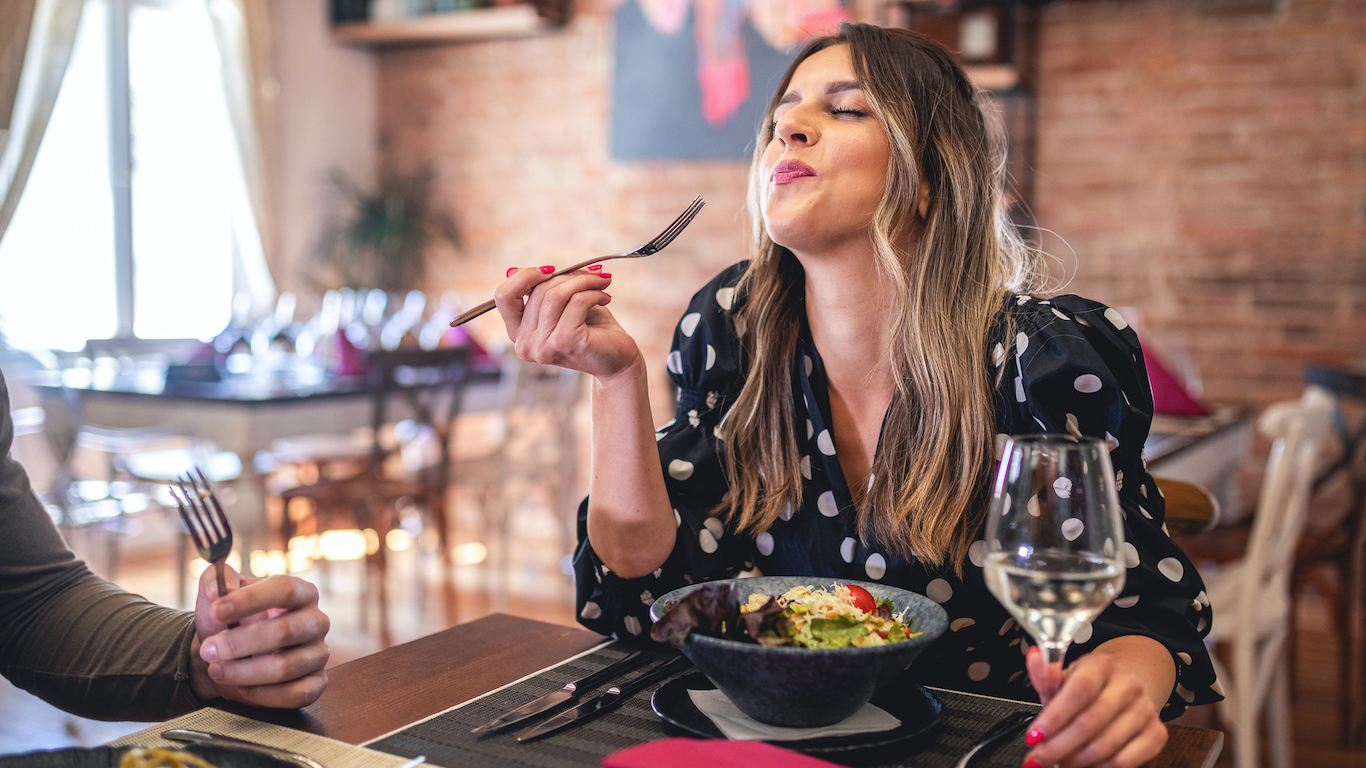 Well, yes, but it doesn’t say they have to wash their hands after they pick their noses, does it? And who pays attention to signs anyway? How about the chef? Did he wash his hands? He’s French, probably doesn’t even speak English, much less read signs in the bathroom. He uses his hands to arrange the food on the plate, doesn’t he?

Otherwise it would never look so pretty, so perfectly balanced, those lamb chops piled precisely on top of the summer squash, the white wine sauce with minced shallots dribbled over the top, the plate sprinkled with ground parsley.

That looks like hands-on work, doesn’t it? Does anyone else help him push food around your plate? And does his nose itch, too? What’s in that busboy’s nose that he just casually transferred to his hands? Does he get to touch any food back there? After he touches those dirty plates?

Restaurants, when you start to think about it (which you probably shouldn’t just before dinner) are a good place to pick up something nasty. And germs don’t really care how fancy or expensive the restaurant is, they just want a nice place to live and make more germs.

When you know that Nobu, the pricey, superchic Japanese restaurant in the SoHo neighborhood of Manhattan, frequented by actors like Robert De Niro and supermodels so skinny that they’re clearly not there for the food, was cited by the New York City Health Department in February 2000 for having “vermin or other live animals present in food storage, preparation or service area,” you know you can get in some kind of trouble wherever you pick up a fork (or a chopstick).

“Vermin” sounds pretty bad. The New York City Health Department leaves nothing to the imagination. Vermin, they specify, is an “insect or small animal that is destructive, annoying, or harmful to health. Includes cockroaches, flies, and rats.” Nice.

Most people who are told that there are “cockroaches, flies, or rats” in the area of the restaurant where the food is prepared will probably want to find another restaurant, even if Al Pacino is sitting at the next table. What does the presence of insects and rodents where food is prepared portend for your continued good health?