Perukes or Periwigs were really tall wigs worn in the royal courts by 18th-century by both men and women. 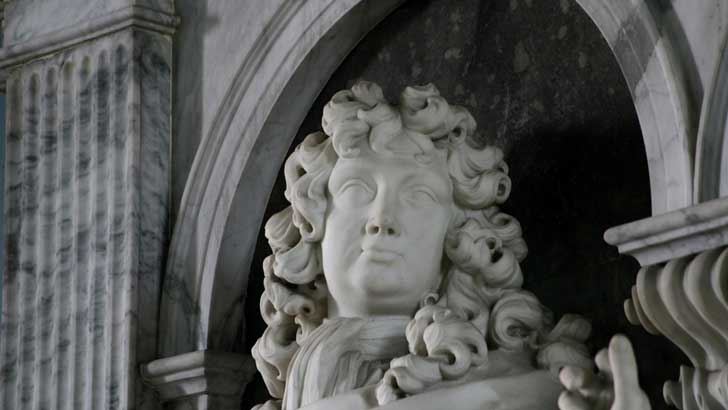 Incidentally, the wigs and the behavior of the elite that wore them were the inspiration for the term “bigwig.”

When King Charles II was restored to the throne in 1660 after being exiled to France, Periwigs for men were introduced into the English-speaking world along with other French styles.

The long wigs imitated the long hair that had become fashionable among men since the 1620s. Many men shaved their heads to accommodate these wigs.

Periwigs tended to be unsanitary and this was a concern at the time as the outbreak of The Plague had just started.

Wigmakers gained considerable prestige from the popularity and demand for Perukes by men of social rank.

By the 18th century, men’s wigs were powdered in order to give them a distinctive white color. The powder was made from ground starch that was scented with orange flower, lavender, or orris root.