What Color Is the Planet Neptune and Why Is Neptune’s Atmosphere Bright Blue?

The planet Neptune has an atmosphere of hydrogen, helium, and methane, just as Uranus does.

The methane, which lies in a haze over the planet’s thick cloud cover, absorbs the red end of the spectrum, reflecting the blues.

Neptune’s vivid deep azure, however, is a little different from Uranus’s milder aquamarine. 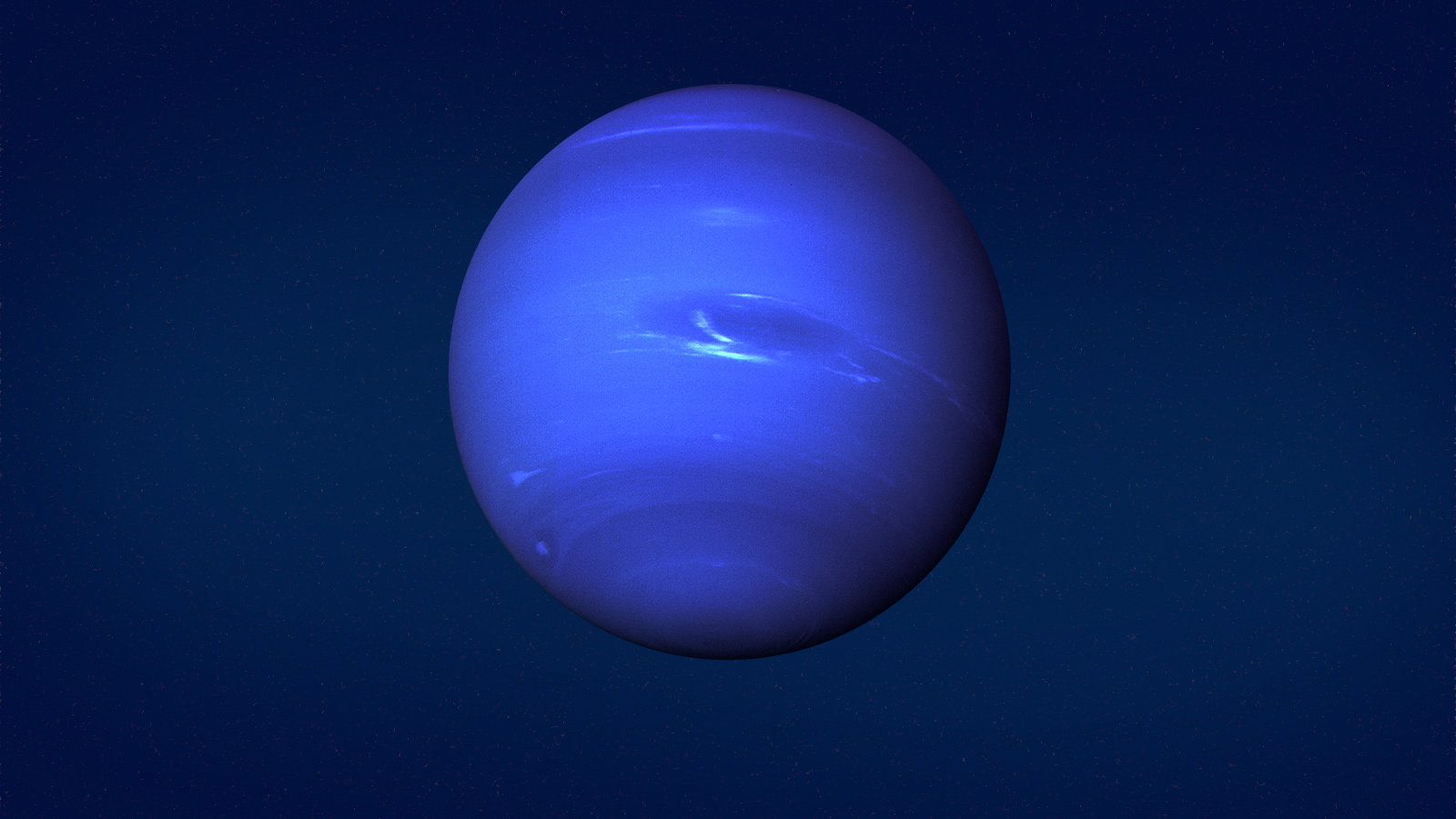 Neptune’s atmospheric methane content is similar to that of Uranus, so some unknown gas is assumed to contribute to Neptune’s color.

The atmosphere on the planet Neptune is notable for its active and visible weather patterns.