What Is the Best Way To Cook a Live Lobster? Boil It or Steam It?

To find an authoritative answer, I went to Maine and interviewed several leading chefs and lobstermen. I found two distinct camps: the staunch steamers and the passionate plungers.

“I plunge,” defiantly declared the chef at a well-known French restaurant. He plunges his lobsters into boiling water laced with white wine and lots of peeled garlic.

But according to the chef at another eminent restaurant, “Boiling extracts too much flavor from the lobsters. You can even see the water turn green from the tomalley [liver] that leaks out. We steam our lobsters over fish stock or vegetable broth.” 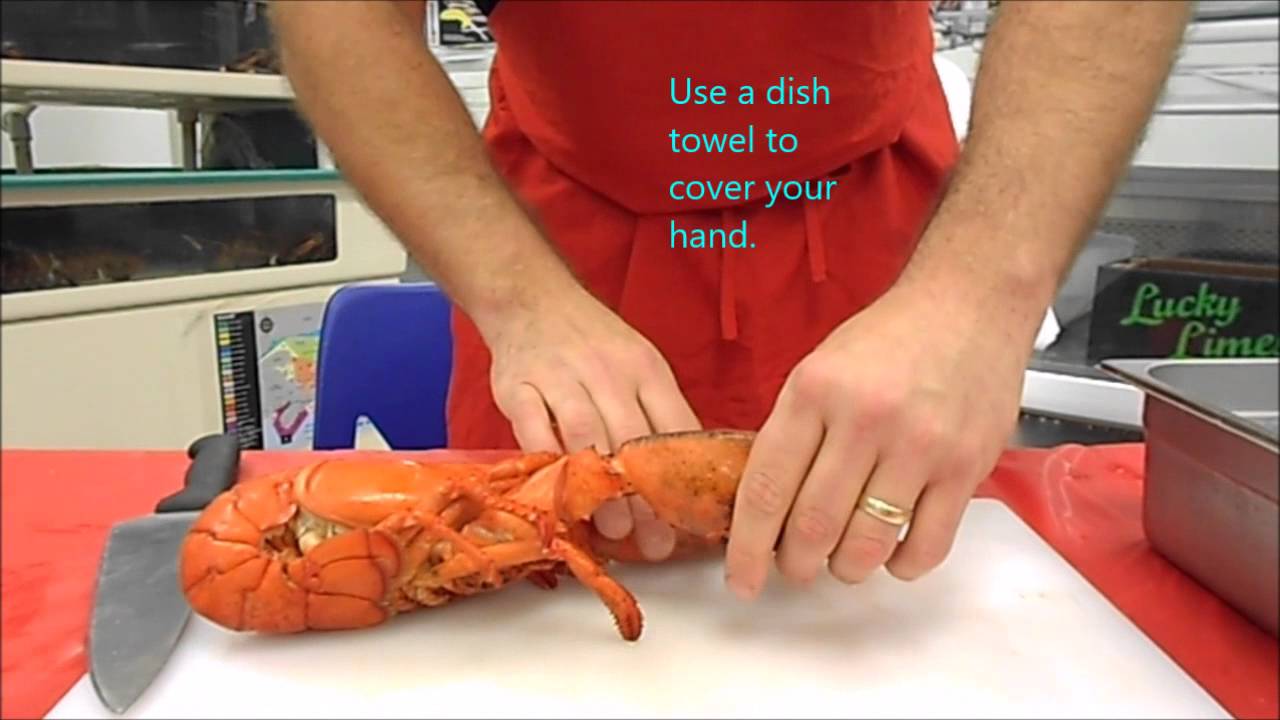 The chef at a renowned inn at first pledged allegiance to the “boiling-draws-out-flavor” school of thought and said he steams his lobsters over salted water. “They wind up with less water inside,” he said. But when pressed, he said that for flavor “both boiling and steaming are good. Arguing over it is splitting hairs.”

The latter sentiment was echoed by the owner of a venerable lobster pound, who has been fishing, selling and cooking lobsters for forty years. “I used to steam them for about twenty minutes,” he said. “I have customers who insist that they absolutely must be steamed over salted water. Everybody has an opinion. Now I boil them in seawater for about fifteen minutes.” A believer in the philosophy that the customer is always right, he refused to list either to port or starboard and recommend one method over another.

The one thing that everybody seemed to agree upon, though, is that steaming takes longer. Why, I wondered? Theoretically, when water boils, the steam should be the same temperature as the water. But are they, really? To answer this question I repaired to my kitchen “laboratory.”

I put a few inches of water into a three-gallon lobster pot, brought it to a boil, covered the pot as tightly as one must when steaming foods, and then measured the temperature of the steam at several distances above the water’s surface with an accurate laboratory thermometer. (How I managed to rig the thermometer bulb inside the covered pot while I read the temperatures from outside will be explained upon receipt of a self-addressed, stamped envelope and a check or money order for $19.95 to help defray my medical expenses.)

Results? With the burner set high enough to maintain the water at a rolling boil, the temperatures at all distances above the water were exactly the same as that of the boiling water: 210ºF. (No, not 212. My kitchen, along with the rest of my house, is one thousand feet above sea level, and water boils at lower temperatures at higher altitudes.)

But when I turned the burner down to a slow boil, the steam temperature dropped substantially. My explanation is that some of the steam’s heat is always being lost through the side of the pot (which in this case was rather thin), and the water has to be boiling fast enough to keep replenishing that heat with fresh, hot steam.

Conclusion: Steam your lobsters on a rack over vigorously boiling water in a tightly covered, heavy pot and they will be exposed to exactly the same temperature as if they were being boiled.

The mystery, then, is why all the cooks tell me they steam lobsters for a somewhat longer time than when they boil them. In his comprehensive book Lobster at Home (Scribner, 1998), for example, Jasper White recommends boiling a 1½-pound lobster for 11 to 12 minutes or steaming it for 14 minutes. (These times are shorter than the Maine chefs reported because they cook several lobsters in a batch and it’s a simple case of more meat, more heat.)

The answer, I believe, lies in the fact that liquid water can hold more heat (Techspeak: it has a higher heat capacity) than steam does at the same temperature, so it has more heat to donate to the lobsters. Moreover, liquid water is a much better conductor of heat than steam is, so it can deliver those calories more efficiently into the lobsters and they will cook in a shorter time.

Now, I’m not a chef. But on the other hand, chefs are not scientists. So the chefs I interviewed can be excused for making some scientifically erroneous statements. Here are a few of them and why they’re wrong.

“Steaming makes a higher cooking temperature than boiling.” As my experiments showed, the temperatures are the same.

“Salted water makes higher-temperature steam.” Well, perhaps a trifle, because the boiling temperature is higher, but by a few hundredths of a degree at most.

“Sea salt in the steaming water gives a better flavor to the steam.” Salt does not leave the water and enter the steam, so the type of salt, or no salt at all, can have no effect. I even doubt that the essences of wine or stock in the steaming water could penetrate the lobster’s shell enough to have any effect on the flavor of the meat. Lobsters are well-armored beasts.

Here’s how Chip Gray, a native Down-Easter, told me he cooks lobsters at the shore: First, procure a 4-to 6-foot length of stovepipe at a hardware store. At the shore, build a campfire. Now plug one end of the pipe with seaweed and throw in a couple of lobsters and a handful of clams. Stuff in a second plug of seaweed and top it with more lobsters and clams.

Continue alternating seaweed and shellfish until you run out of either lobsters or stovepipe. Top it all off with a final plug of seaweed and lay the pipe across the campfire. As the food cooks, baste it continually with a cup or two of seawater poured into the higher end of the pipe; it’ll turn to steam as it rolls down to the bottom.

After about 20 minutes, dump the contents of the stovepipe out onto a sheet on the ground. “It’s wicked good,” says Chip.