What Is the Difference Between the Artificial Sweeteners Aspartame, Saccharin, and Splenda (Sucralose)?

I never use them myself because I don’t view the 15 calories in a teaspoonful of sugar as a serious threat to my existence. But artificial sweeteners are a boon to diabetics and others who want to limit their intake of real sugar.

Artificial sweeteners, also called sugar substitutes, must be approved by the FDA before they can be marketed in the United States. The four that are currently approved for a variety of food uses are aspartame, saccharin, acesulfame potassium, and sucralose. Others are being evaluated. Aspartame is a nutritive sweetener, meaning that it supplies the body with energy in the form of calories, while the others are non-nutritive, that is, devoid of calories.

Aspartame, which is 100 to 200 times sweeter than sucrose, is the main ingredient in NutraSweet and Equal. It is a combination of two proteins, aspartic acid and phenylalanine, and therefore contains the same four calories per gram as any protein and, for that matter, the same four calories per gram as sugar. But since it’s so much sweeter than sucrose, only a tiny amount does the trick. 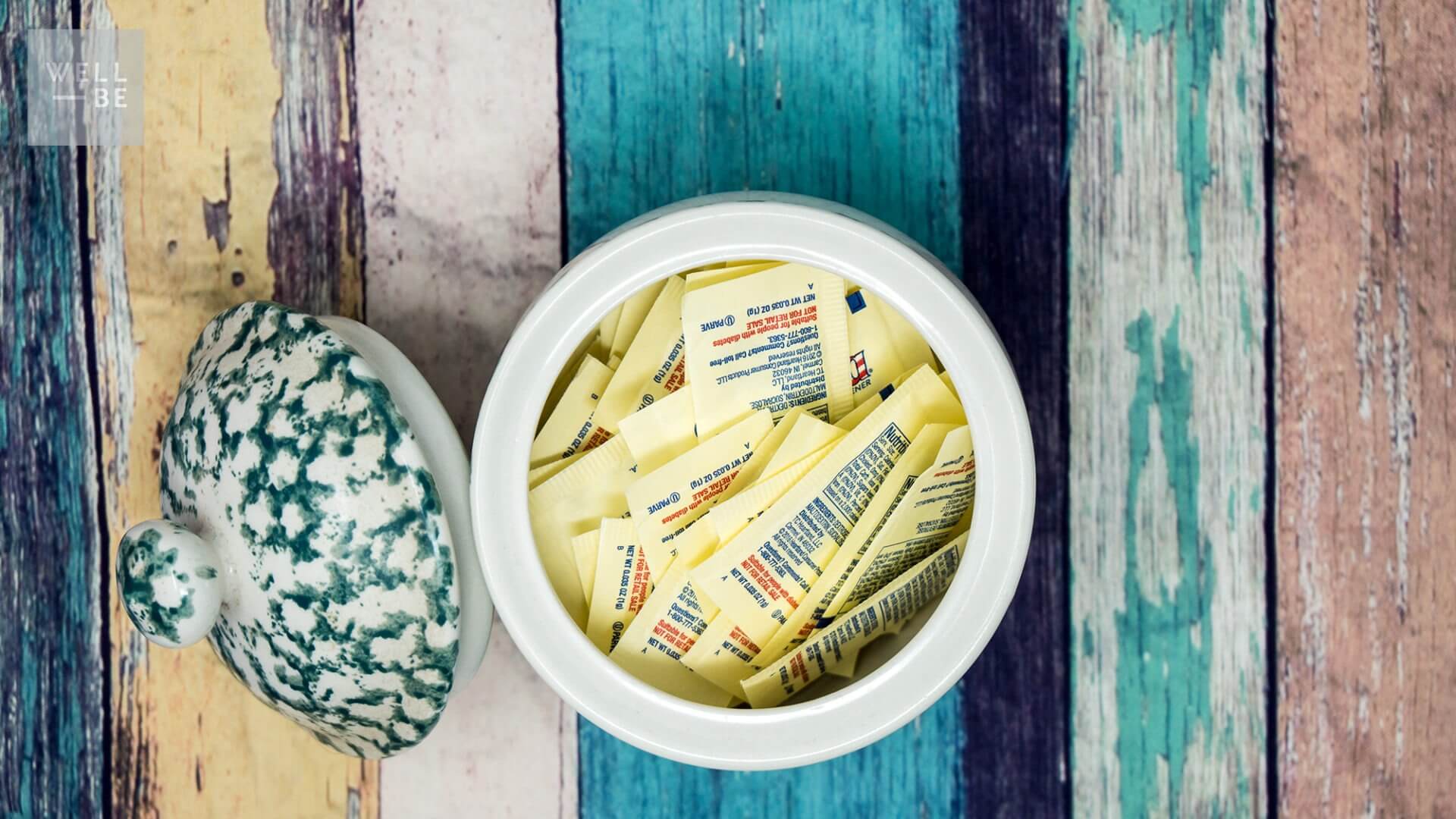 Because an estimated one in 16,000 people suffers from the genetic disease phenylketonuria (PKU), in which the body cannot produce the enzyme necessary to digest phenylalanine, sweeteners that contain aspartame must carry a warning label stating: “Phenylketonuric: contains phenylalanine.” Other than for PKU sufferers, and in spite of e-mail and Internet campaigns to link aspartame with a whole flock of serious diseases from multiple sclerosis to brain damage, the FDA gives aspartame its no-strings-attached approval of safety in all but massive doses.

Saccharin, which has been known for more than 120 years and is about 300 times sweeter than sucrose, is the artificial sweetening agent in Sweet’n Low.

Over the years, saccharin has had an on-again-off-again history of government approvals and bannings. The last round began in 1977, when the FDA proposed banning saccharin because of a Canadian study indicating that it causes bladder cancer in rats. But because saccharin has never been shown to cause cancer in humans, public opposition led the U.S. Congress to pass a moratorium on removing it from the market.

The moratorium has been renewed several times, but products containing saccharin still had to carry a warning label saying, “Use of this product may be hazardous to your health. This product contains saccharin, which has been determined to cause cancer in laboratory animals.” Then early in 2001, following extensive studies commissioned by the U.S. Department of Health and Human Services, which found insufficient evidence that saccharin is a human carcinogen, President Bush repealed the warning requirement.

Acesulfame potassium, sometimes written as acesulfame K, 130 to 200 times sweeter than sucrose, is the sweetening ingredient in Sunett and Sweet One. It is used in combination with other sweeteners in thousands of products worldwide. While approved by the FDA since 1988, it has been under attack by consumer watchdogs because it is chemically similar to saccharin.

Sucralose, known also by its trade name Splenda, is 600 times sweeter than sucrose and was approved by the FDA in 1999 as a general-purpose sweetener for all foods. It is a chlorinated derivative of sucrose itself (Techspeak: Three hydroxyl groups in the sucrose molecule have been replaced by three chlorine atoms), but because it doesn’t break down significantly in the body, it provides no calories. Because tiny amounts are so potently sweet, it is usually bulked up with maltodextrin, a starchy powder.

All of these artificial sweeteners can be deleterious to health if ingested in very large doses. But in spite of the fact that the same statement can be made about every substance on Earth, including all our foods (ten pounds of popcorn, anyone?), each of these sweet chemicals carries as baggage a vociferous group of opponents.

Before we leave sugar substitutes, you may have noticed (if you read labels the way I do) the ingredient sorbitol in sugar-free candies and other foods. It’s neither a sugar nor a synthetic substitute, but a sweet-tasting alcohol found naturally in berries and certain fruits. It’s about half as sweet as sucrose.

Sorbitol has the property of holding on to water, and is used to keep many processed foods, cosmetics, and toothpastes moist, stable, and soft-textured. But because of that same property, too much sorbitol can act as a laxative by retaining water in the bowel. People who have overindulged in sugar-free candy have had cause to regret their intemperance.