The troposphere is the lowest section of Earth’s atmosphere and is the atmosphere we breathe.

It consists mostly of nitrogen (78 percent) and oxygen (21 percent), with trace amounts of ten other elements.

The troposphere contains about 75% of the atmosphere’s mass. 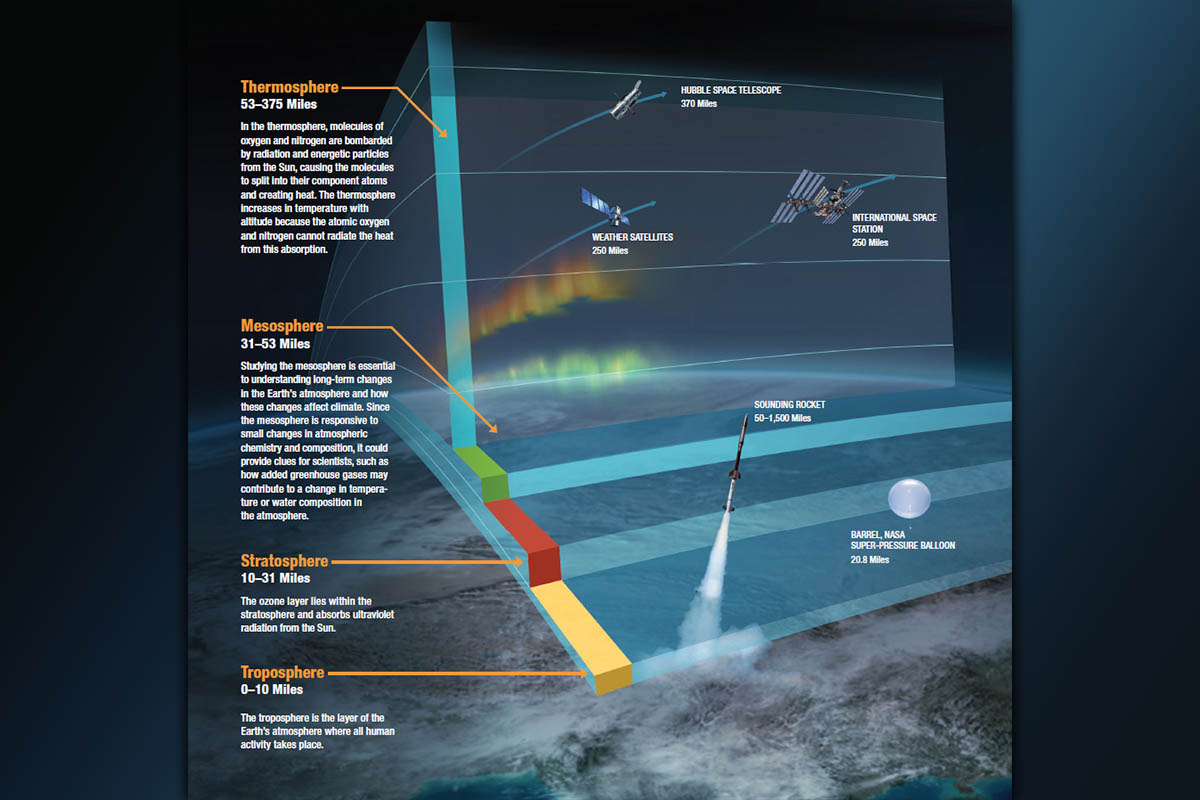 Water vapor can account for up to 4 percent of the air, depending on the climate.

All weather occurs within the troposphere, though cumulonimbus clouds can poke through to the next layer.

The troposphere extends to approximately 17 km (11 mi) high above the surface of the earth in the middle latitudes.

In the troposphere, temperatures decline the higher you go until you reach about 6.5 miles (11 km).