Where Are Pineapple Seeds, Do Pineapples Have Seeds, and How Do You Grow a Pineapple As a Houseplant?

The modern commercial pineapple is seedless, thanks to English greenhouse breeders of the early 1700s who turned a small, seedy tropical fruit into a large, fleshy object.

Over generations of breeding, most of the reproductive organs of the pineapple’s tight cluster of flowers were persuaded to clump into one sterile mass called a syncarp.

It has one hundred to two hundred juicy, seedless “berries” fused to a fibrous stalk that extends into a crown of leaves. 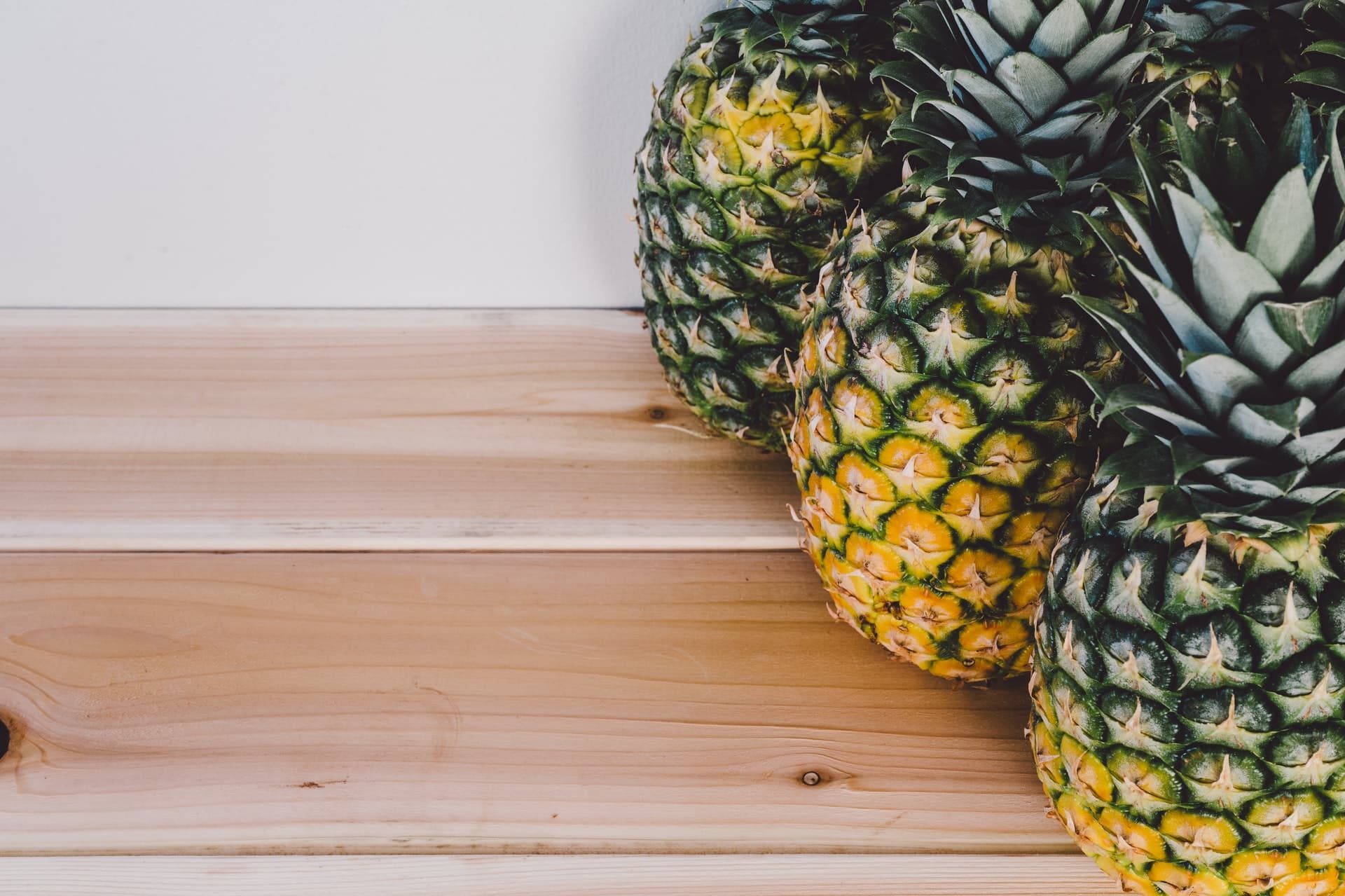 The modern pineapple, Ananas sativus or Ananas cornosus, is probably derived from ancestral species with seeds that were native to Paraguay.

Pineapple varieties were already widely distributed in the New World before Columbus encountered them in Guadeloupe in 1493.

The ancient type was pollinated by birds.

The modern type is propagated from shoots, from the leafy crown or from suckers or branches.

It is a terrestrial, or earth-grown, bromeliad. Most bromeliads are epiphytes, plants that grow on other plants, like Spanish moss.

The pineapple can be grown as a houseplant.

Cut off the tuft of leaves at the crown, remove any flesh, let the tuft dry for a day or two, then root it in moist, coarse sand.

When roots are established, plant it in well-drained potting soil and let it grow for a year or two. It may then be induced to form fruit by enclosing it, pot and all, in a plastic bag along with a ripe apple for forty-eight hours.

Fruit should appear in a few months and ripen from green to gold in six months.