Where Are the Highest Waterfalls in the World?

In the South American country of Venezuela, in a huge, thick, “lost” rain jungle sit several mesas, high, flat-top plateaus with steep sides. These mesas are in such a remote area of the jungle that it takes four days of travel by water to reach them from any settlement.

One of these mesas, called Auyan-tepui, or Devil’s Mountain, rises over a half mile high. Heavy tropical rains collect in pools and streams at the top of Devil’s Mountain and burst out in a roar of waterfalls 3,212 feet to the rocks in the Carrao River below. These falls are the world’s highest, Angel Falls.

Because of its location in Venezuela’s “lost” jungle, Angel Falls was not known to the outside world until 1935, when an American gold prospector named Jimmy Angel flew his plane along the Carrao River. It was Angel who discovered the falls, which were later named after him. 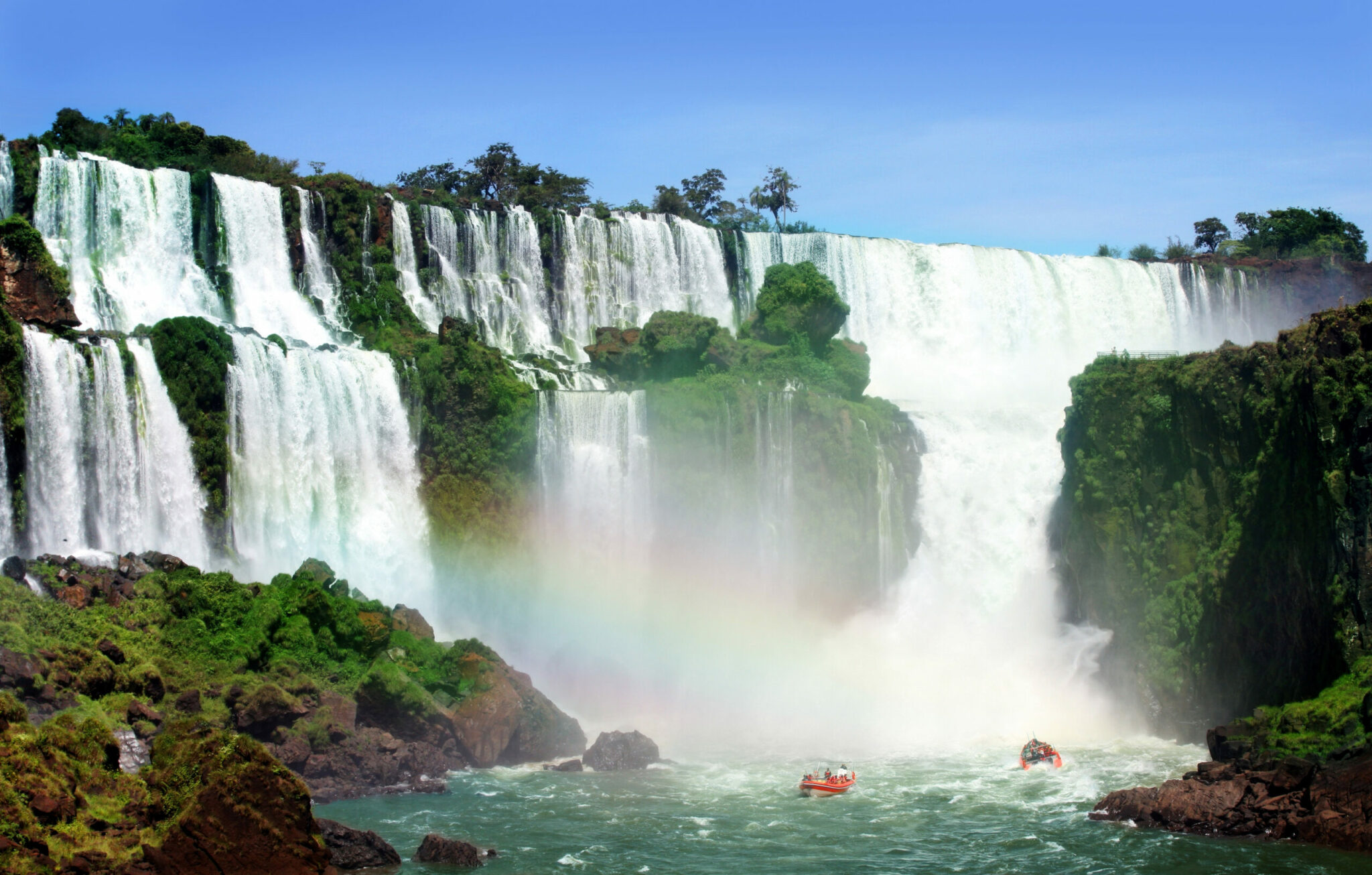 Two Empire State Buildings could be placed below the falls, one atop the other, and still have room left over!