If the bottle label reads “well water,” “artesian well water,” “spring water,” or “mineral water,” that certainly sounds healthful, and may even be healthful, but such sources can be polluted with cryptosporidium, too.

Drinking water regulation is the responsibility of the Environmental Protection Agency (as well as state government agencies). But when drinking water is put in bottles and sold, it’s a food and therefore comes under the jurisdiction of the Food and Drug Administration. Bottled water has to meet all the EPA’s rules about purity of tap water, and it has to be labeled legally. 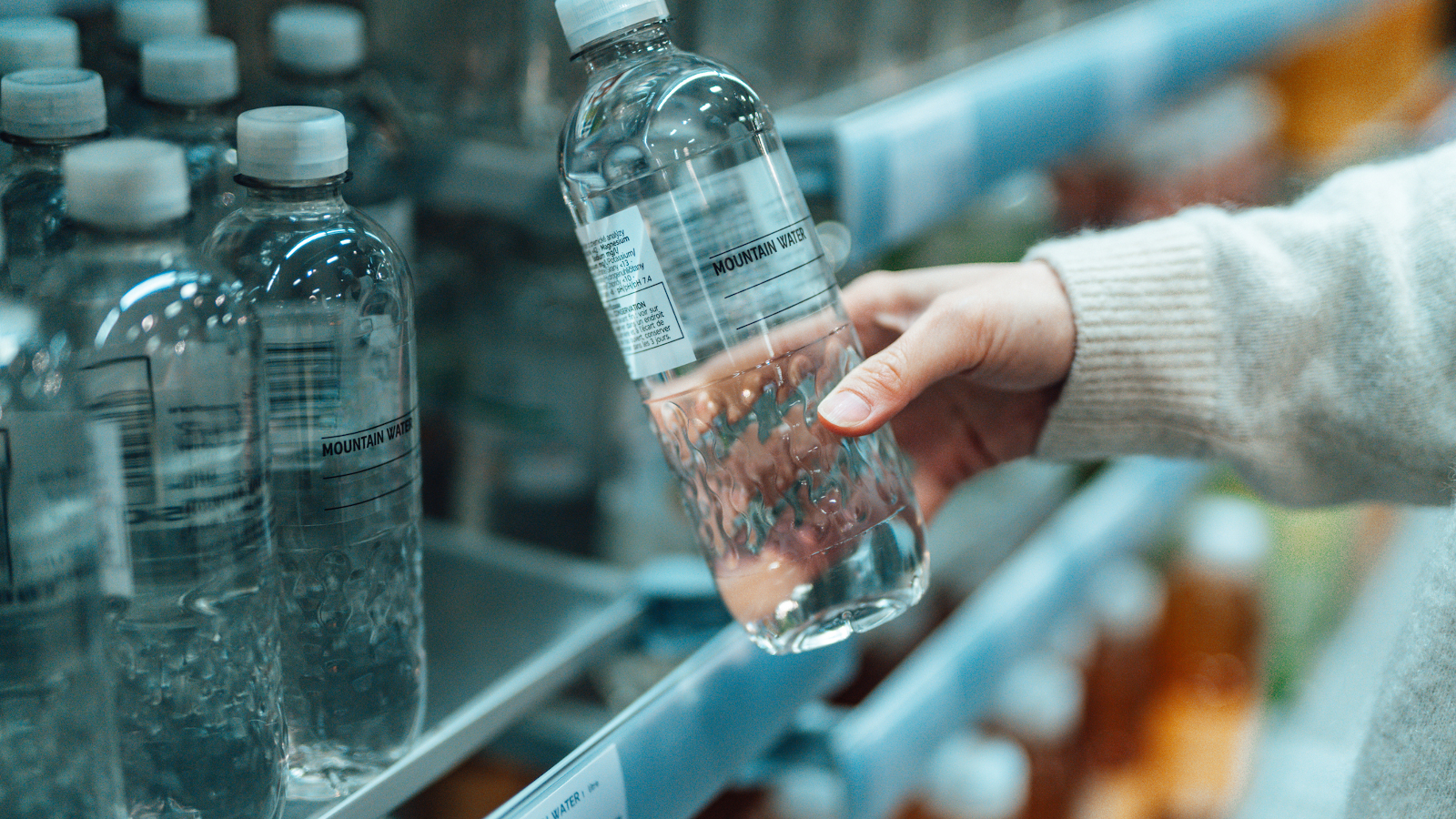 In 1993, the FDA promulgated regulations about the labeling of bottled water. If you see “spring water” on the label, that means that it actually did come from a spring, “a geologically and physically protected underground water source”, and the water has to be collected from the spring or from a bore hole next to the point where it emerges from the ground. Mountain Valley in Arkansas, Belmont Springs in Massachusetts, Saratoga Springs in New York, and Poland Spring in Maine are well-known sources of such water.

If it says “mineral water,” it has to have at least 250 parts per million in total dissolved solids, and it, too, has to come from a “geologically and physically protected underground water source.” Water bottled from municipal water sources must be labeled as such, but not if it has been processed and treated so that it can be labeled “distilled” or “purified.”

“Naturally sparkling” water has to really be naturally sparkling as it comes out of the ground, not made bubbly with artificial carbonation. This has created a minor problem for Perrier, probably the most famous bottled water in the world. At one time, water from the spring at Les Bouillens bubbled up through the ground into a pool, naturally slightly carbonated. But the pool was filled in early in the twentieth century, and now Perrier drills down into the underground reservoir for its water.

Unfortunately, the reservoir isn’t carbonated. The CO2 that produces the slight carbonation of Perrier comes from another stratum below, whose gas used to mix naturally with the water but does not do so today. So they drill into that stratum, too, and mix the gas and water in a bottling plant after they’ve brought both to the surface. This is done in just the right proportions, 3.5 grams of gas per liter of water, to produce those “small bubbles” that Perrier is famous for. So the carbonation is “natural,” if you want, and it’s natural enough for the FDA, which allows Perrier to label itself “Naturally Sparkling Mineral Water” on the bottles it imports into the United States.

“Natural” means that the water’s mineral and trace element content have not been altered by processing. Evian, a water perhaps even slightly more chic than Perrier, is such a product, its mineralization in the bottle is exactly the same as when it came out of the ground. “Glacial” water has to come from a glacier; “artesian” water has to come from a source that flows above the water table. Kentwood Springs in Louisiana is the source of one well-known brand of artesian well water. “Well water” without the artesian label attached comes from a hole drilled into an aquifer.

Labeling laws don’t cover pictures, so a bottler can put a picture on the label to suggest anything he wants. Pepsico, for example, the company that bottles a water called Aquafina, has a lovely design on the label suggesting mountains, snow, and clear, cool water. But the stuff inside the bottle is the same as the water they make soft drinks from, processed municipal water supplied by whatever city the bottling plant is located in.

A picture of a water-processing facility wouldn’t do for the label, not at these prices. Coca-Cola sells a processed municipal water called Dasani, which they have labeled “purified water,” but since they add minerals to it, the FDA has questioned whether it can be labeled that way. In any case, both Coke and Pepsi are processing, bottling, and selling water that they didn’t dig for or pump out of the ground. It was delivered to them the same way it’s delivered to you, right out of the tap, and it was perfectly drinkable before they got their hands on it.

Any of these waters, of course, can be polluted, either because the source itself is polluted or because the handling and bottling process introduces pollutants. This rarely happens in the United States.

The CDC does report one outbreak of disease from bottled water in Saipan in the Northern Mariana Islands, a U.S. territory in which the rules of the EPA and FDA apply. Tap water in most parts of Saipan is too salty to drink, so two bottling plants treat municipal water (which comes from wells) by reverse osmosis filtration, an extremely efficient antibacterial filtering process.

The exact source of the contamination was never established, but after drinking bottled water 11 people became ill from Vibrio cholerae serogroup O1, a bacterium that causes cholera, and four of them had to be hospitalized. (Cholera is generally a self-limiting disease and, provided that the symptoms of dehydration are treated, rarely has complications.)

Bottled waters vary in mineral content depending on the geology of the source. Waters from volcanic regions are often high in sodium, bicarbonate, and other minerals. Probably the most highly mineralized American bottled water is Mendocino Sparkling Mineral Water, which comes from a spring in the redwood forests north of San Francisco.

Poland Spring water is filtered at the spring (or we should say springs, since Nestlé found several other sources of similar water in the pine woods around South Poland, Maine) and passed through ultraviolet light for sterilization. Waters that are bottled at the source and not sterilized, distilled, or otherwise treated contain bacteria, and different sources contain different bacteria.

Some believe that it is these benign bacteria that impart health-enhancing properties to bottled water.