Where does MSG Come From and What Does MSG Stand For?

It does sound odd, but something is really going on here. What makes the MSG story hard to swallow is that the terminology is misleading:

“Flavor enhancers” do not enhance the flavors of food in the sense of improving them; that is, they don’t make anything taste better. What they do is intensify, or magnify, the flavors that are already present-regardless of whether those flavors are delicious, indifferent, or downright repulsive. The food processing industry prefers to call them “potentiators.” We’ll call them flavor intensifiers.

How do they work? Some flavor experts talk in terms of synergism, a situation in which the total effect of two things acting together is greater than the sum of their effects when acting individually. In other words, the whole is greater than the sum of its parts. A flavor intensifier may have little or no flavor of its own, but when it is combined with something that does have a flavor, that flavor is perceived as being stronger than it would have been by itself. 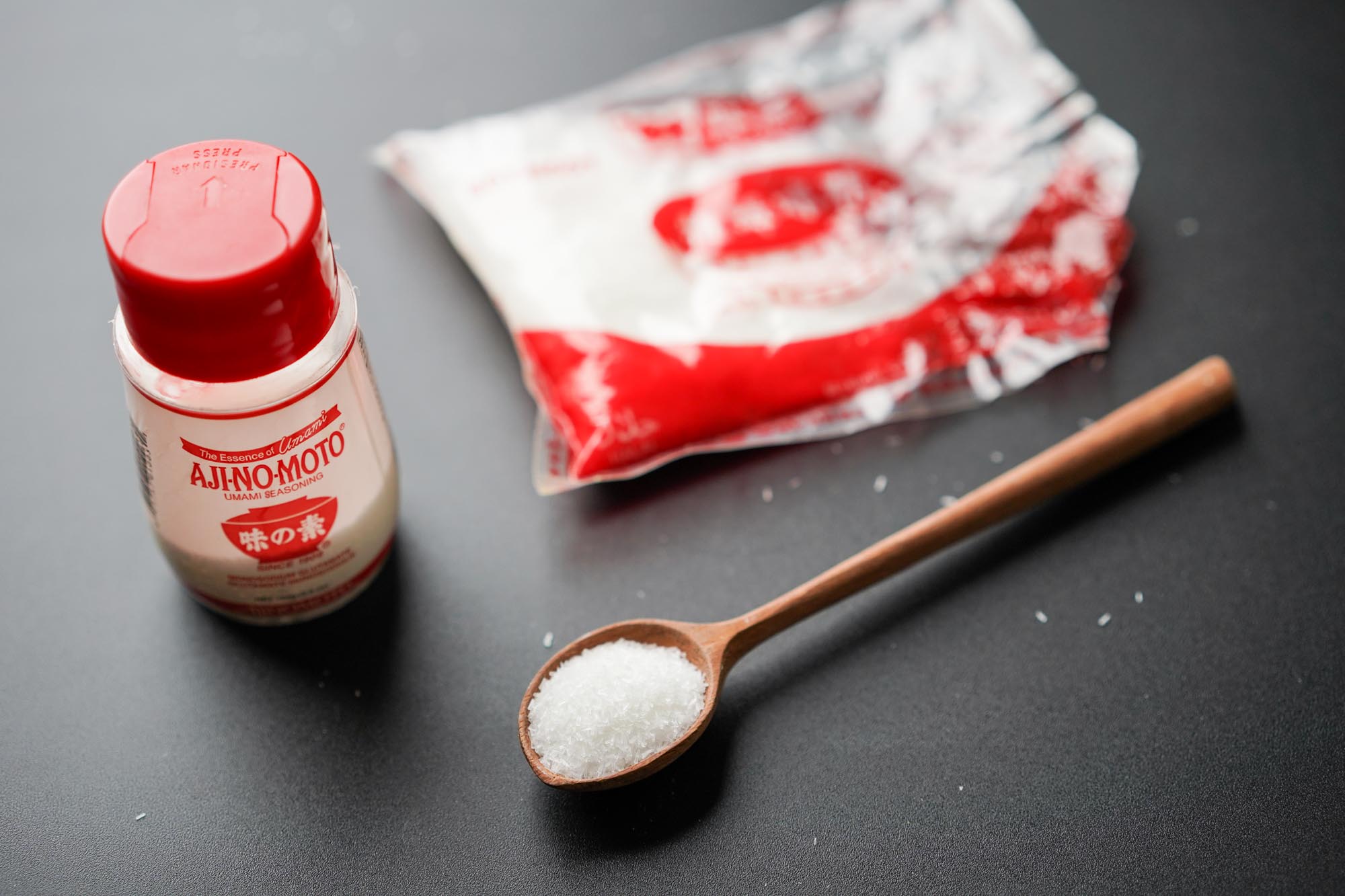 Exactly how the intensifier tricks our taste buds into giving us a more intense sensation is still being tracked down by researchers. One theory is that the intensifiers help certain flavor molecules to stick to the receptor sites on our tongues longer or more tightly. MSG seems to have a particular talent for intensifying salty and bitter flavors.

MSG is monosodium glutamate, a derivative of glutamic acid, which is one of the common amino acids that proteins are made of. It isn’t the only flavor intensifier, however. Two other chemicals that act in this way are known in the trade as 5’~IMP and 5′-GMP (chemists call them disodium 5′-inosinate and disodium 5′-guanylate). All three are derivatives of natural amino acids that occur in vegetation such as mushrooms and seaweeds.

The flavor-brightening qualities of these plant materials have been known for thousands of years. The Japanese, for example, traditionally use seaweed in subtle, delicate soups that can benefit substantially from a flavor boost.

Japan is the world’s major producer of pure MSG, a white crystalline powder that has been sold by the ton for decades. Its major use is in the manufacture of prepared foods, although Chinese restaurants often use it as an off-the-shelf ingredient in cooking.

Recently, MSG has been suffering a bit of a bad rap because some people have unpleasant reactions to it. All evidence seems to indicate that the problem, if it can be called that, is that certain people are ultrasensitive to MSG, not that there is anything inherently harmful about MSG itself except when taken in huge doses. But almost anything is harmful in huge doses.

The FDA (U.S. Food and Drug Administration) has not yet required the separate listing of MSG content on food labels. But you may find it, or its close chemical cousins, on the labels of soups and snack foods hiding behind a variety of aliases, including Kombu extract, Glutavene, Aji-no-moto (on Japanese products), and hydrolyzed vegetable protein, which is plant protein that has been broken down into its constituent amino acids, including glutamic acid.

A wide variety of other flavor-intensifying compounds are extracted from yeasts. One company makes and sells to food processors over two dozen yeast-based “flavor enhancers,” specifically tailored to intensify certain flavors, from beefy to chickeny to cheesy and salty.

You’ll see them listed among the ingredients on the package as “yeast extract,” “yeast nutrient,” or “natural flavor,” even though, strictly speaking, they’re not flavors. On the other hand, they’re not MSG either.