Where Does Partially Hydrogenated Vegetable Oil Come From?

Oils are hydrogenated, that is, hydrogen atoms are forced into their molecules under pressure to make them more saturated, because saturated fats are thicker, more solid and less liquid, than unsaturated fats.

The hydrogen atoms fill in hydrogen-poor gaps (Techspeak: double bonds, which are more rigid than single bonds) in the oil molecules, and that makes them more flexible. They can then pack together more closely and stick to each other more tightly, so they won’t flow as easily. 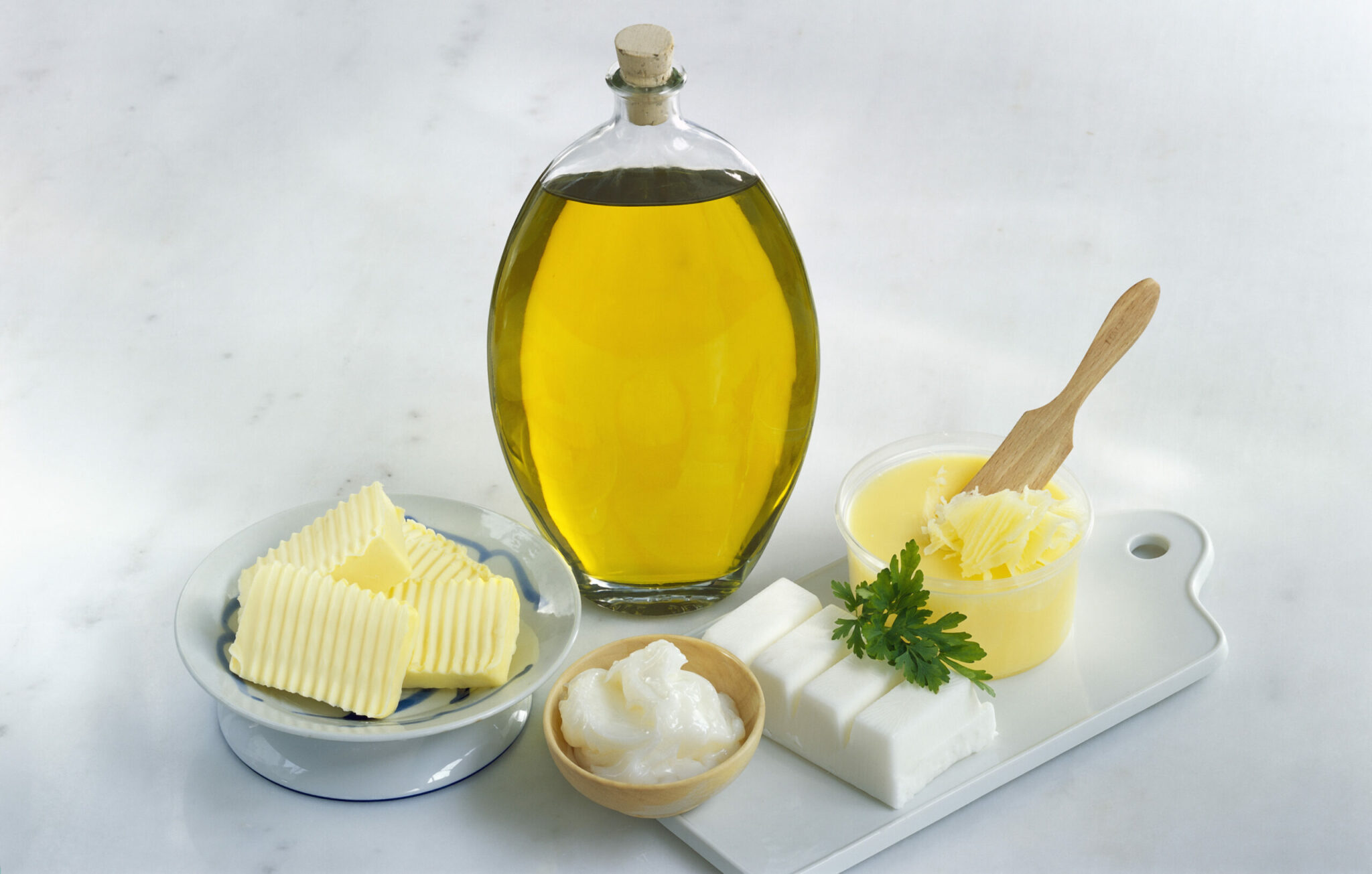 If the oils in your margarine hadn’t been partially hydrogenated, you’d be pouring it instead of spreading it. But partial hydrogenation may fill in only about 20 percent of the missing hydrogen atoms in the molecules. If your margarine were 100 percent hydrogenated, it would be like trying to spread candle wax on your toast.