Where does the phrase “to lead one down the garden path” come from and What does it mean?

The expression “to lead one down the garden path”, in frequent use by English writers, has not yet gained much currency in the United States.

It is relatively new, dating probably no further back than around the end of World War I.

When we wrote to Sir St. Vincent Troubridge, whom we have quoted variously elsewhere, to inquire whether he could suggest a possible origin, we advanced the theory that seduction might have been the aim in the “leading.” 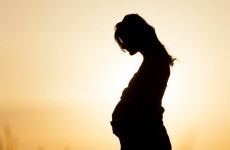 He did not agree with that view, though he was not able to offer anything more plausible.

Nevertheless, to quote the Supplement (1933) to The Oxford English Dictionary, the saying means “to lead on, entice, mislead,” and the earliest printed quotation that is cited is from Ethel Mannin’s Sounding Brass (1926):

“They’re cheats, that’s wot women are! Lead you up the garden and then go snivellin’ around ‘cos wot’s natcheral ‘as ‘appened to ’em.”

If that doesn’t imply seduction, then what does it imply?

Be that as it may, current usage rarely, if ever, carries other meaning than to bamboozle, to hoax, to blarney, to pull one’s leg, to deceive.