Where does the term “Carpetbagger” come from and What does Carpetbagger mean?

Shortly after the War Between the States, in the North, the Civil War, hordes of gentry, mostly poor whites, piled their paltry belongings into the traveling bag of the period, its sides made of carpet, and moved South.

Their intent was to pick up what they could, financially, socially, and politically, with the aid of the newly enfranchised Negro, from the impoverished former slave owners.

The selfish “carpetbagger,” operating through unworthy motives, became “a hissing and a byword” among Southerners and a disgrace to the North. 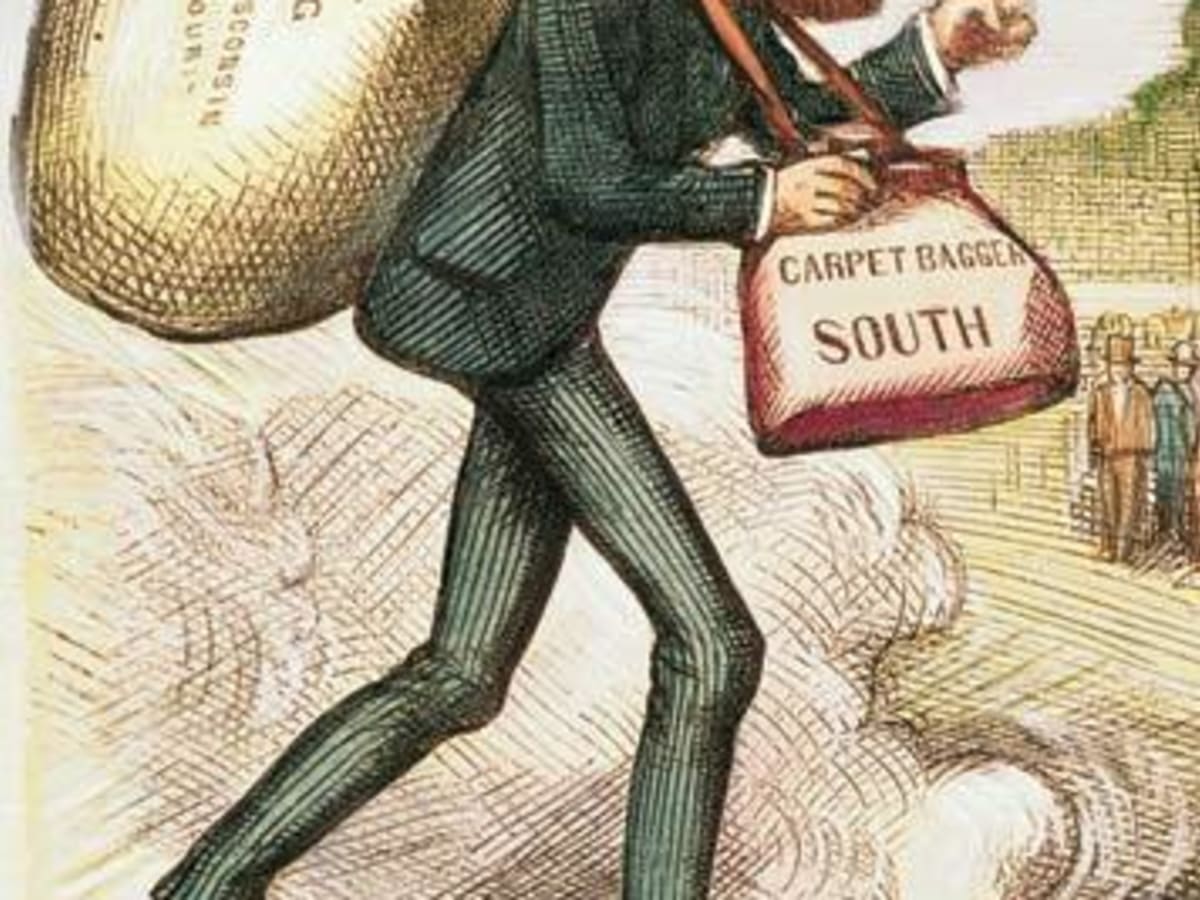