This story goes all the way back to the ancient Sanskrit, in which language was the word sakta, “attached,” the past participle of sanj, “to adhere.”

This led to the Greek sattein, “to fasten,” which later became, “to pack, to put a burden on a horse,” from which was derived sagma, “a pack saddle.”

The latter was taken directly into Latin, where it was eventually corrupted to salma with the meaning of “a pack, a burden.” 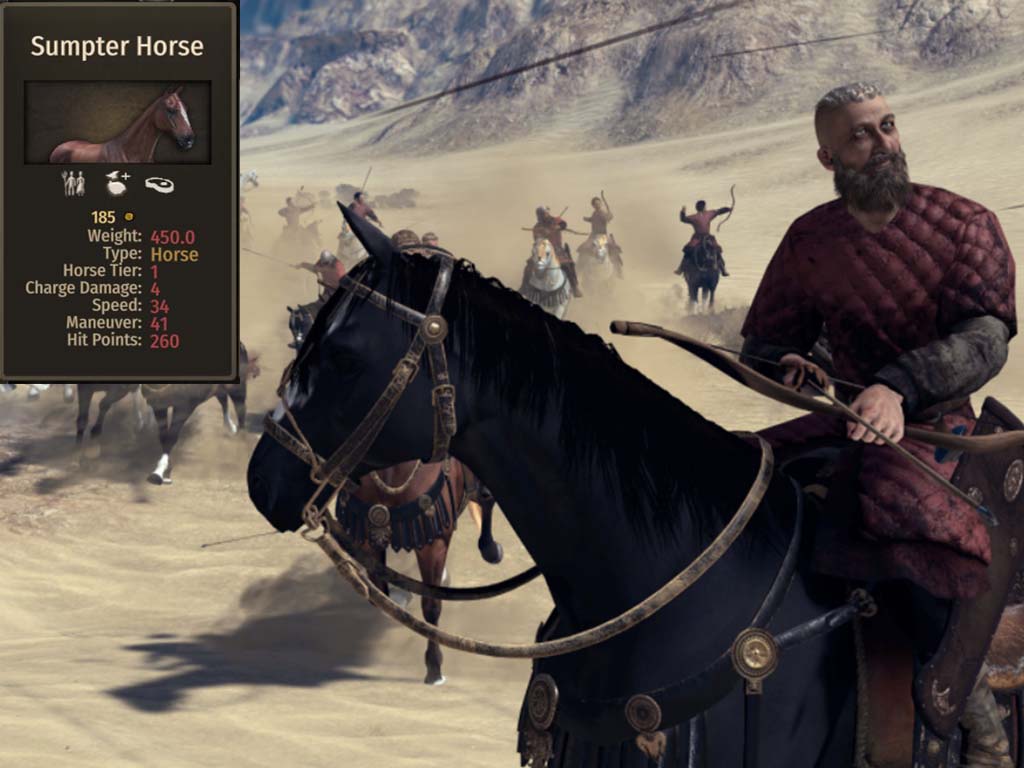 The next path on the journey was Old French, into which the Latin word was adopted with the spelling somme, and the French modified their word to sommelier to describe the pack-horse driver.

And this is the word that was taken into English, early in the fourteenth century, with the spelling sumpter, “a pack-horse driver.”

It was the horse he drove, of course, that was called the sumpter horse, this term having been recorded in the fifteenth century.

In the following century, the name of the horse became shortened to sumpter, and these two terms have continued to exist to the present time as synonymous expressions describing a pack horse.