Where does the word “wormwood” originate and What does wormwood mean?

Nothing to do either with worms or with wood, the word “wormwood” is an alteration, adopted beginning in the fifteenth century, of the earlier wermod, which is found in eighth-century Anglo-Saxon.

It is known that the Teutonic wer, in other applications, means “man,” and that mod is an ancestor of mood with the meaning of “courage.”

On this basis, it has been suggested that the herb was named “man’s courage” in reference to its medicinal or aphrodisiac qualities. 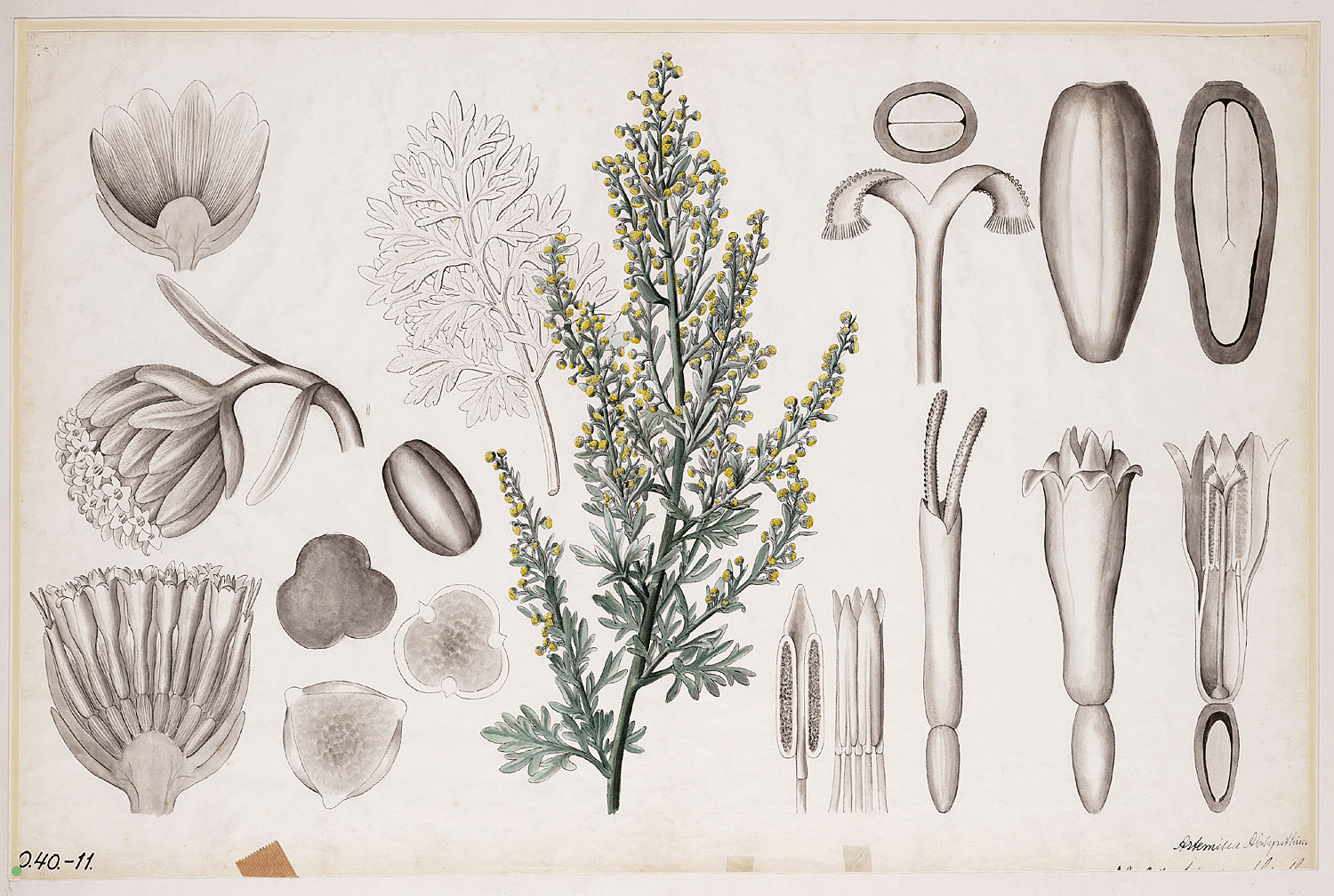 The word, incidentally, has been traced to the Old High German wermota, which has come down to modern German as Wermut (pronounced vehr-moot) and which, in turn, became the French vermouth.