Who Made the “Skulls of Doom”?

Among the most amazing ancient objects ever unearthed are two beautifully sculptured human skulls made of pure quartz crystal. Who made these skulls, when, and for what purpose remain a mystery, and so do the details of their discovery.

One of the skulls is now in a museum in London. This crystal skull was supposedly bought from a New York jeweler, but how the skull found its way to New York is unknown. One story claims it was discovered in Mexico during the nineteenth century.

The other crystal skull belongs to an Englishwoman. Her father was said to have discovered it in 1927, in the ruins of an ancient Mayan city in the Central American country of Belize. He claimed that the 11.5 pound skull was 3000 years old and had been used in Mayan religious rites to “will death” to people, But when he later wrote his life story, he refused to reveal exactly how he had discovered the crystal skull. 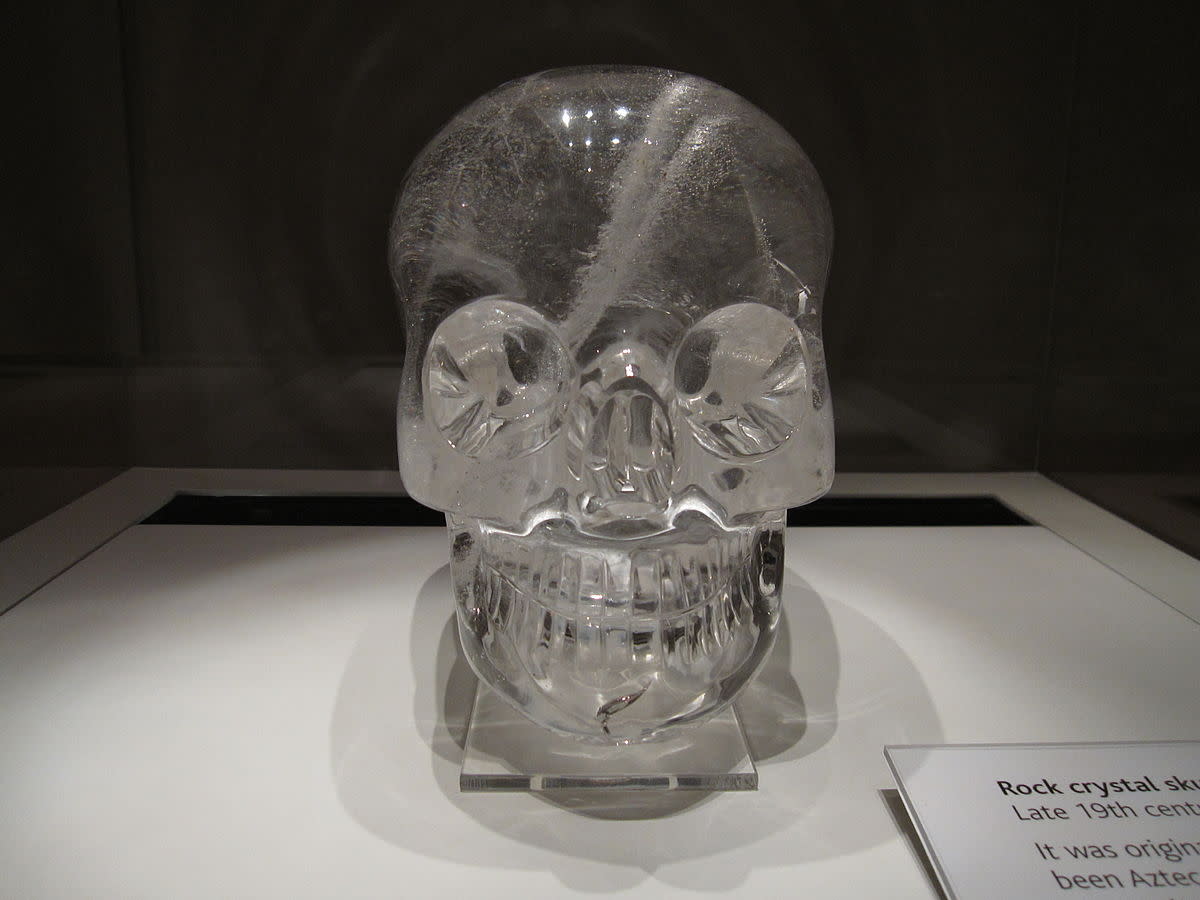 The eyes of the skull are prisms that reflect light as if from within the skull. According to Indians in Belize, the “Skull of Doom,” as it was called, can reveal the future in its eyes.

In 1936, scientists compared the two crystal skulls. They found that either both skulls had been modeled on the same human skull, or one had been copied from the other. But they could not discover how old the skulls were. Who made them? The best guess remains the Aztecs or Mayans.

Do the skulls really have mysterious powers? Workers at the London museum where one of the skulls resides claim that the eyes of the skull glow in an eerie manner at night. Employees refuse to work near the skull unless it is first covered with a black cloth!